The car above is the Haval H9, the biggest, oldest, and most expensive model in the brand’s line-up. By the end of this review, you are going to find out if this seven-seater family SUV has what it takes to go up against newer Chinese SUVs such as the GAC GS8 and MG RX8. 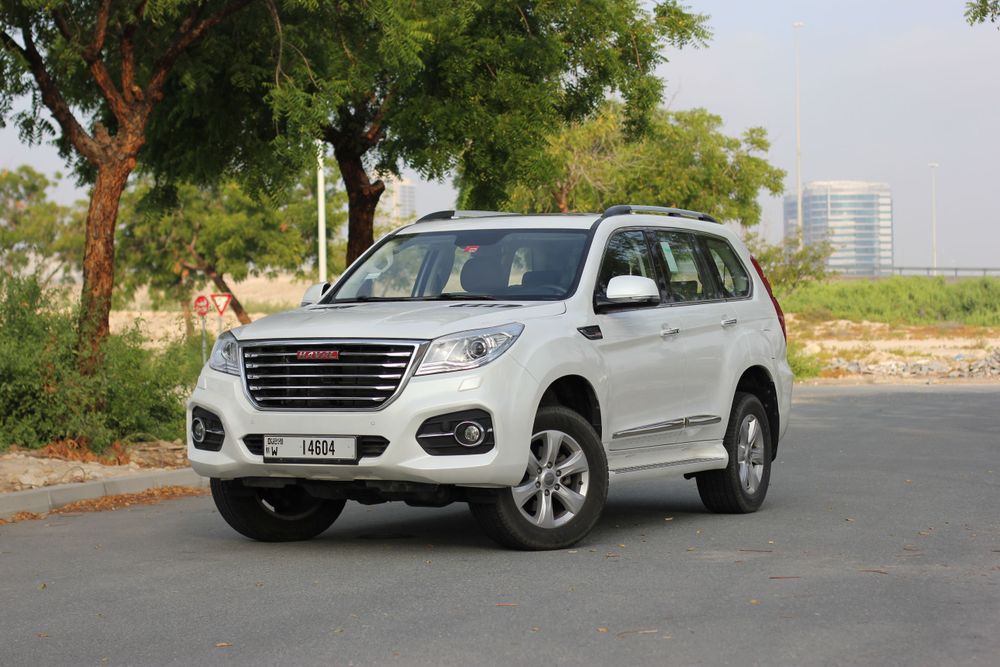 Released in 2014, the Haval H9 is a rough and tough SUV and looks the part too. Flared wheel arches are complemented by an excellent approach angle, an enviable departure angle, and plenty of clearance between the tires and the body. While the designers have almost certainly taken strong inspiration from the Mercedes-Benz GLS and the Toyota Prado, the H9 does combine it quite well to form its own identity.

In the back, the most noticeable change the H9 has been through since its mid-cycle refresh is the removal of the spare wheel in favor of a more elegant design. Being a three-row SUV, there is plenty of room to carry passengers of all ages but fold the third-row flat and you can comfortably transport cargo too with 747-liters at your disposal. 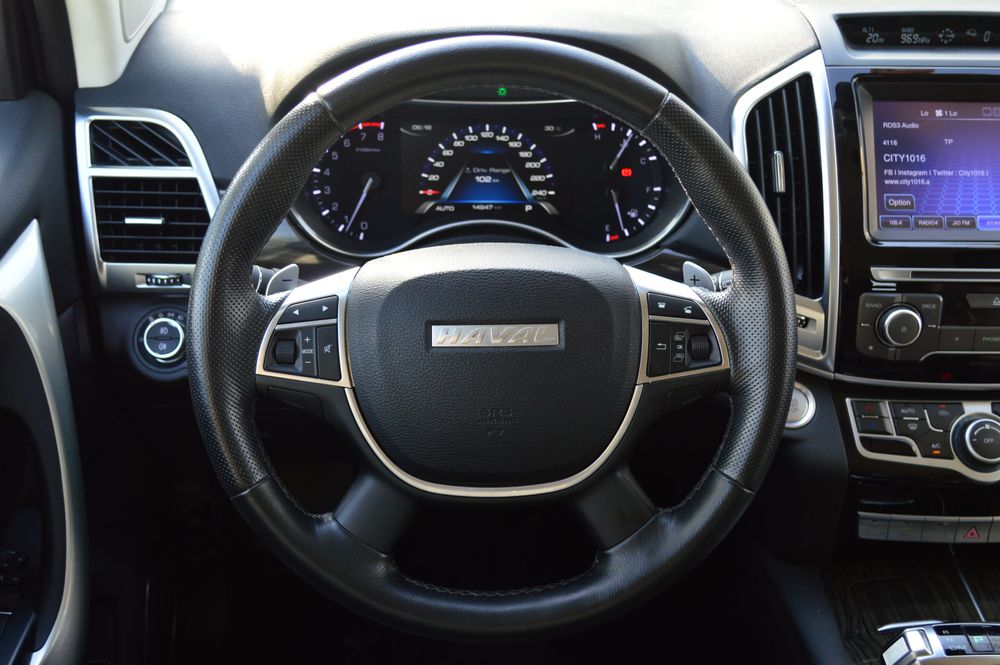 Despite being spacious and offering a commanding view of the road ahead with its high seating position, the interior of the Haval H9 looks and feels extremely dated. With heavy influences from the Toyota Land Cruiser, the H9 lacks the uniqueness and refinement of newer Haval models. In the second row, space is plenty with comfort features coming in the form of independent A/C controls from those in the front and vents integrated into the roof liner. For the tech-savvy kids, there is also a charging outlet available. 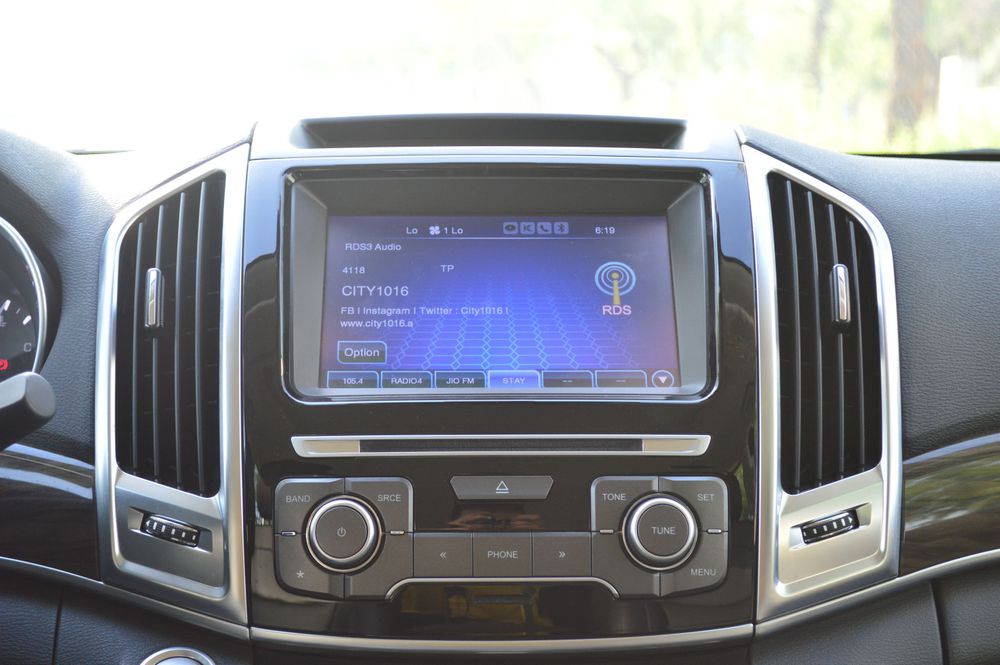 While there are a few cool features such as a sunroof, a 10-speaker Infinity sound system, and an 8-way power-adjustable driver’s seat along with a 6-way power-adjustable passenger seat, the Haval H9’s age is most visible when analyzing the tech it offers. Sure, there is an infotainment screen, but the graphics and user interface is at least a decade old. It is missing modern amenities such as Android Auto and Apple CarPlay, and safety features such as Blind Spot Monitoring which its rivals offer.

For the audiophiles, there’s also a CD player (if you’re still holding onto some of those) but the most fascinating feature is the voice-guided parking assistant system, it’s almost like listening to a tutorial on how to park your car for the very first time – it requires some getting used to. 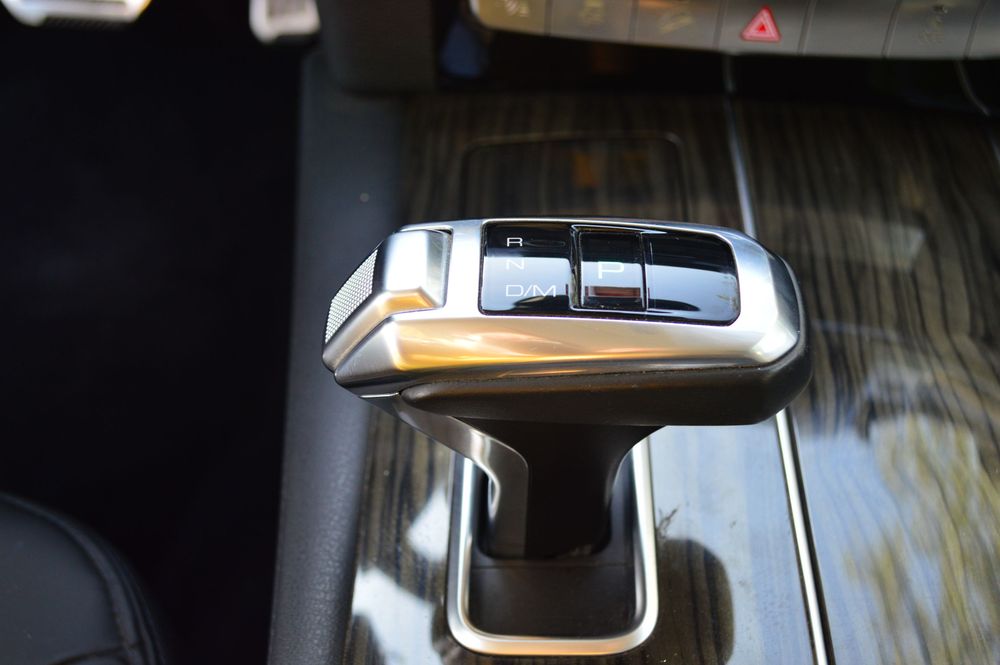 Much like its rivals, the Haval H9 is powered by a small-displacement turbocharged engine, precisely a 2.0-liter turbocharged engine that is punchy and produces 240 horsepower and 350 Nm of torque. The engine does get mated to a ZF 8-speed automatic transmission and for those of you who may not know much about ZF, it is a German company that manufacturers transmissions and supplies them to brands such as Bentley, BMW, and Porsche amongst many others. 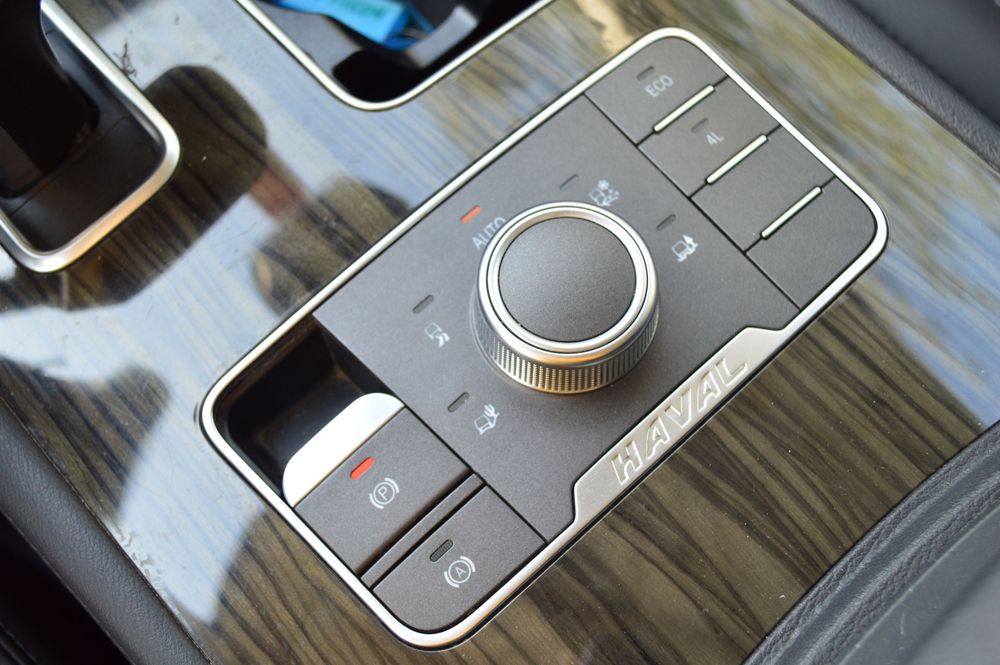 Since the H9 utilizes a body on frame chassis, like most other rugged SUVs, it does drive like a truck, meaning the suspension is soft and the body roll is noticeable. Having said that, it does come equipped with some proper 4x4 gear like a low-range setting on the transmission, an altimeter, a barometer, and a digital inclinometer above the infotainment screen. To ensure the H9 can take on anything in its path, it is also fitted with 6 drive modes, three dedicated for on-road driving and three dedicated for off-road driving. They include Auto, Sport, Eco, Snow, Sand, and Mud.

At 109,900 Dirhams, the Haval H9 sits in an awkward position in the segment. While it is undeniably the most capable of all three off the beaten path, the MG RX8 and GAC GS8 are newer, cheaper, and better on nearly every other front.