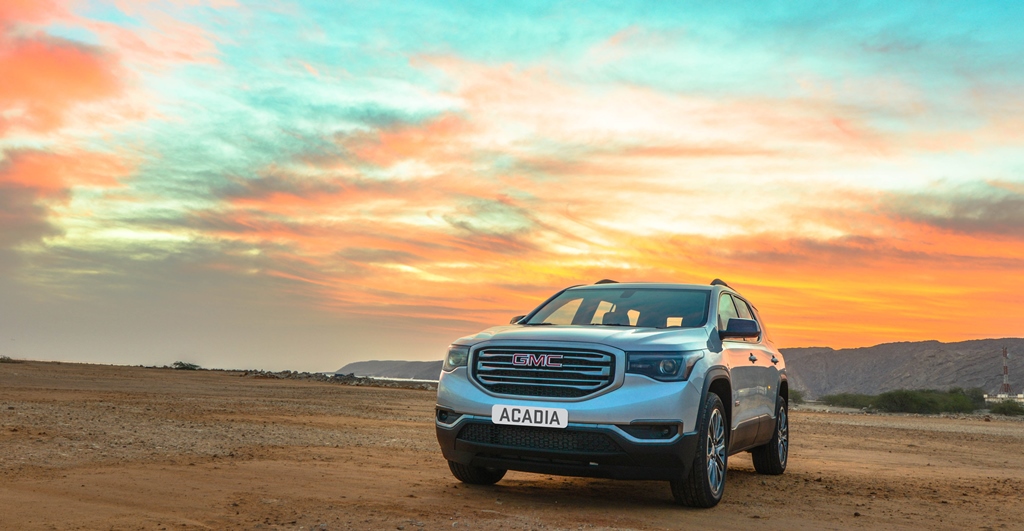 The GMC Acadia is a mid-size crossover SUV that shares the group’s Lambda platform with the likes of the Chevrolet Traverse and rivals segment heavyweights such as the Ford Explorer and Honda Pilot.

In its second generation, the GMC Acadia flaunts a sharper exterior design than its predecessor, that helps highlight its shorter, narrower, and lighter frame. Taut headlamps are complemented by a protruding octagonal grille and come together to lend the American crossover a commanding presence.

With a prominent rear diffuser and a bold chrome strip adorning the boot-lid, the Acadia’s tasteful use of chrome and bold character lines are a welcome change to a relatively humdrum segment of the market.

Decorated with supple leather and faux wood trim, the cabin of the GMC Acadia 2017 is a big step in the right direction. While the previous generation model focused on a more symmetric approach, the all-new model challenges the norm to create an interior that is, in many ways, a lot more contemporary.

Rubber-embellished rotary knobs and chunky contours within the cabin, connote the mid-size crossover’s utilitarianism – a fact that is further proven with seating for seven and an impressive amount of under-floor storage.

Keeping up with the times, the Acadia’s interior is sprinkled with technology that covers a wide range of entertainment, convenience, and safety features. While the 8-speaker Bose sound system gets paired to a touchscreen infotainment system that offers Apple CarPlay and Android Auto compatibility, it also offers 5 USB ports and a 230-volt power outlet. 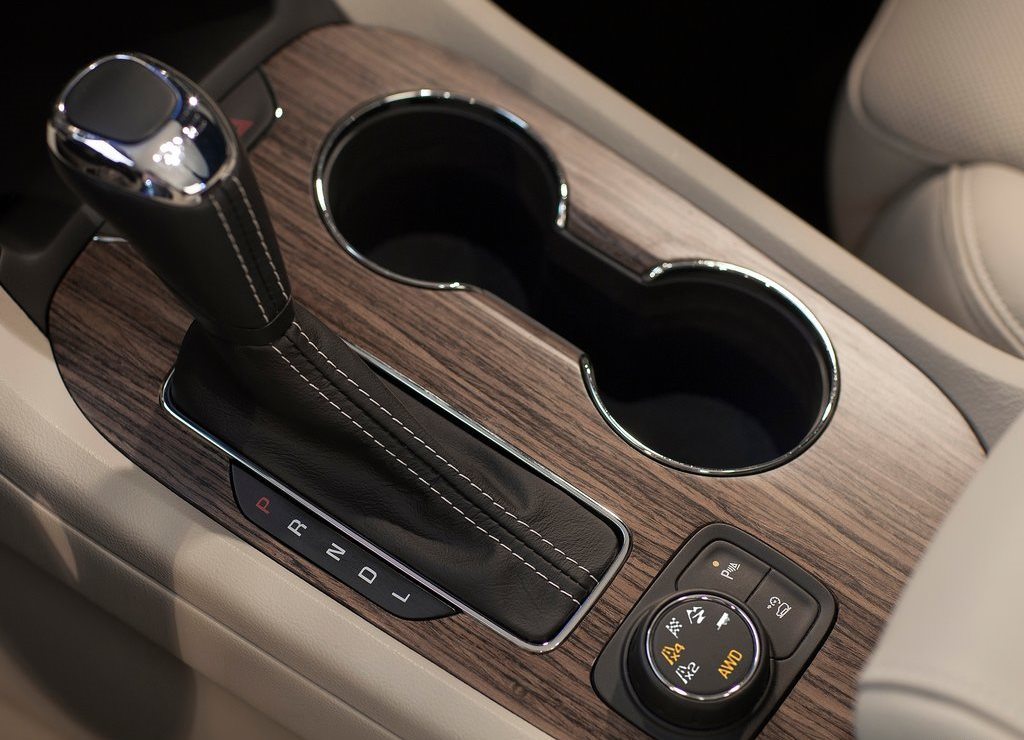 In its comprehensive arsenal of safety features, the Acadia relies on a network of cameras, radars, and ultrasonic sensors to offer Blind Spot Detection, Rear Parking Assist, and Rear Cross Traffic Alert – features that play a vital role in its top safety rating.

Powered by a 3.6-liter V6 engine, the GMC Acadia 2017 is good for 310 horsepower and 367 Nm of torque. Mated to a 6-speed automatic transmission, it directs its power through an All-Wheel-Drive layout and offers numerous drive modes to choose from. While Sport mode livens up the throttle response and engages quicker shifts, Trailer mode focuses its efforts on low-end power and transferring it to the tarmac in a controlled manner. 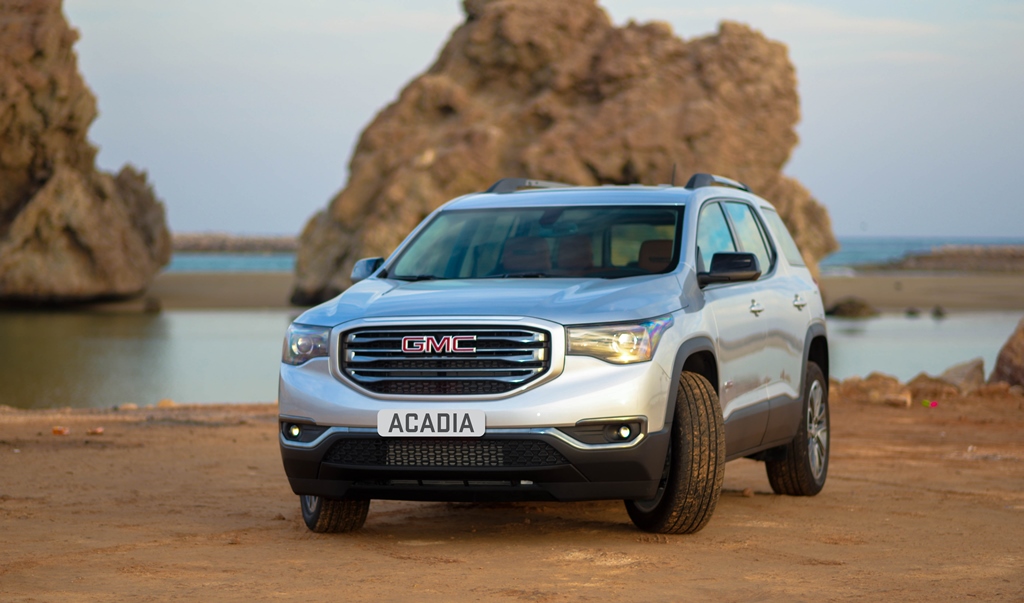 Although the Honda Pilot and Ford Explorer are equipped with 280-and-290-horsepower respectively, the Acadia’s frugality in the power department sees it deliver an astounding fuel economy figure of just 9.4 liters / 100 km – a number simply unheard of in V6 territory.

Bolder than it’s ever been, the all-new GMC Acadia is equipped with the right set of tools to challenge its rivals head-on. Economically priced and filled with features, the second-gen Acadia is what its predecessor set out to be: a game changer. 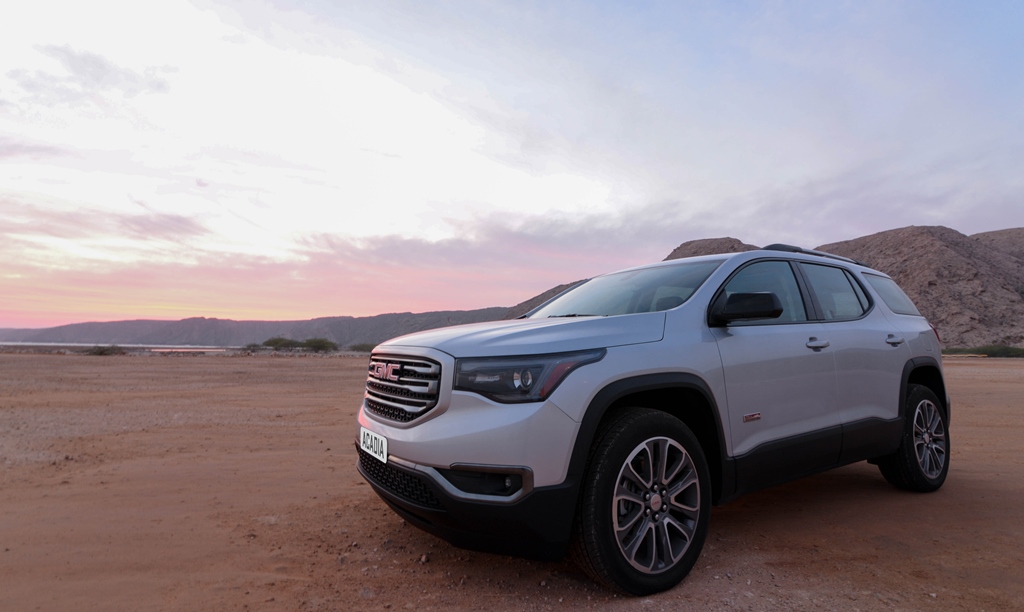