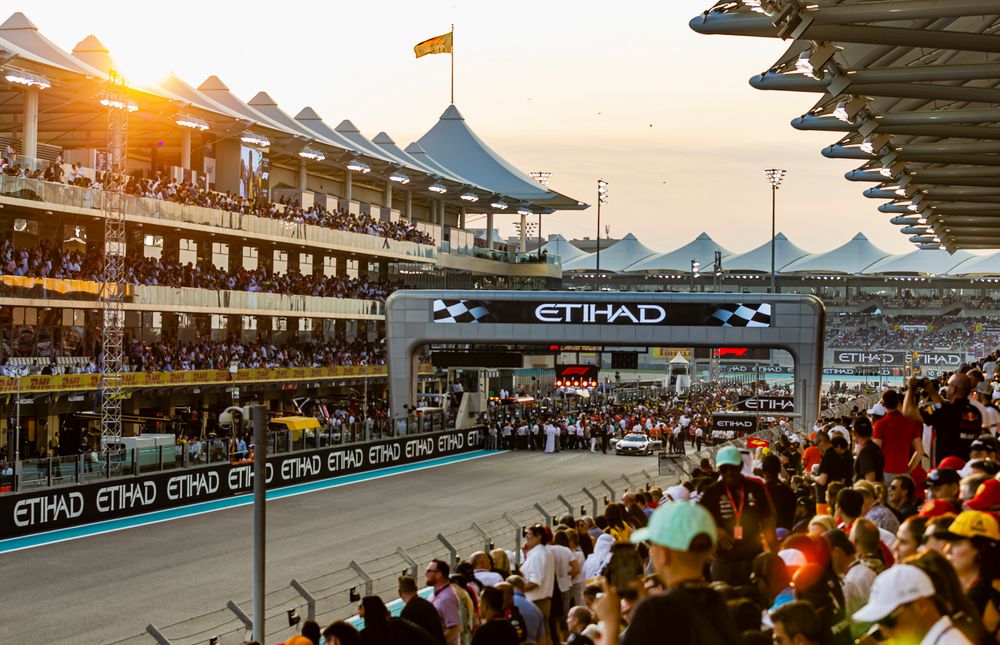 Hear the names Abu Dhabi Grand Prix and Formula 1 and a wide grin is shown on everyone’s visages as motorsport fans in particular, rejoice with the feeling of experiencing thrill spouted from the feisty cars and aplomb race car drivers from all over the world. Besides the experience, many enjoy the sight of seeing their favourite motorsport personalities grappling to outshine the rest and portraying how consummate they are with their racing skills.

After the hiatus of over a year, the Yas Marina Circuit is all set to welcome crowd in full capacity as Government lifts restriction on the number of people who can be granted entry to public events. The 2021 edition of this spectacular event is organised in collaboration with Formula 1 and Etihad Airways Abu Dhabi Grand Prix from the 9th-12th December, 2021. Another remarkable feature is that the highly fervent children below the age of 12 aren’t exempted from watching the event. Novel tickets are available across different segments including one-day tickets and those where the luxurious amenities of the circuit can be devoured for all the 4 days on www.yasmarinacircuit.com.

What will interest fans more is the fact that global legends such as Lewis Hamilton, Max Verstappen, Valterri Bottas and Lando Norris will be juggling on the track which has witnessed a solid overhaul to make it more challenging for the drivers and provide fans, a sheer dose of excitement. The new track now features more overtaking opportunities as part of its reconstruction. What’s more! The final race will be held between Mercedes-Benz sponsored Lewis Hamilton and Red Bull hired Max Verstappen. This only means the event is going to be worth it.

Racing is not all that is offered but even post-race concerts by Flash Entertainment for the crowd to roar and encore in the heat have been organised. Part of this program, four American Abstract Artists will be performing at Etihad Park on Thursday and Saturday, respectively.

Special is the three-day ticket using which one will be able to sample all nights of After-Race entertainment. It must be noted that to feast yourself with the concert, a Yasalam After-Race concert ticket must be validated at the venue on the day of exploring it. Also on cards, is an adventure satiating Super Parks pass covering Ferrari World, Yas Waterworld Abu Dhabi and Warner Bros. World which can be experienced during your visit to Yas island.

However, only motorsport stuff can satisfy the ravenous and avid car aficionados. To cater to this community, they will be offering a sneak peek of the 2022 F1© car to offer something unique as UAE celebrates its 50th independence anniversary alongside other entertainment attractions such as Heritage Village. The iconic Pit Lane Walk is back to be experienced again as the Senate’s guidelines offer more clarity and flexibility on access. It will provide valuable information on how teams work behind the scenes while Paddock Club members can avail this opportunity a day before as well.

Basic safety protocols such as full area sanitisation, temperature checking and social distancing will be in full force during the course of this 4-day event. Visitors must have their masks on at all times and carry a PCR-negative report having 48-hour validity with them. Additionally, a Green Pass will have to be shown using the Al Hosn app.

Al Tareq Al Ameri, CEO, Abu Dhabi Motorsports Management, said, “We look forward to welcoming back fans for what’s set up to be a fantastic weekend of sport and entertainment at Yas Marina Circuit. The boost in spectators to be a full crowd present on race day will play a special role in creating the atmosphere and buzz we have come to associate with the event as a highlight of the UAE’s sporting calendar.”