The Ford Ranger – a name not so popular this side of the world so just to catch up, it is the Hilux from Ford with a better image. Previously, the Ranger was built in Thailand but this model is coming from South Africa. So expect some offroading prowess. I got the Wildtrak variant to test which is the top-spec model. 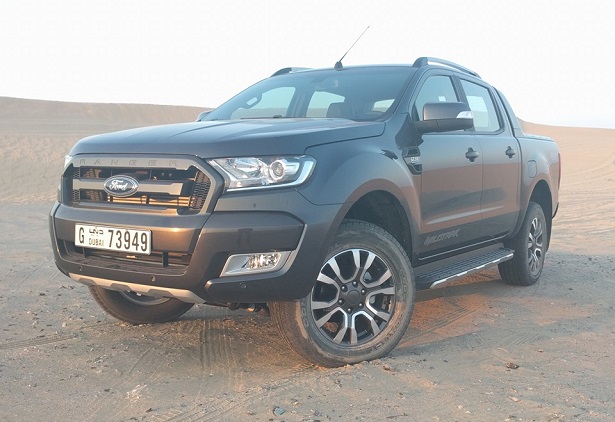 From the first glance, it definitely looks like a work horse. But, I must say that it doesn’t appear cheap from the outside. It looks like Ford did pay attention to the overall design of the car. You get 18” alloy wheels in Wildtrak and more color choices. There are different cabin options also available but the Wildtrak only comes as Double Cab. It has that heavy duty look and to some extent, it does justice. 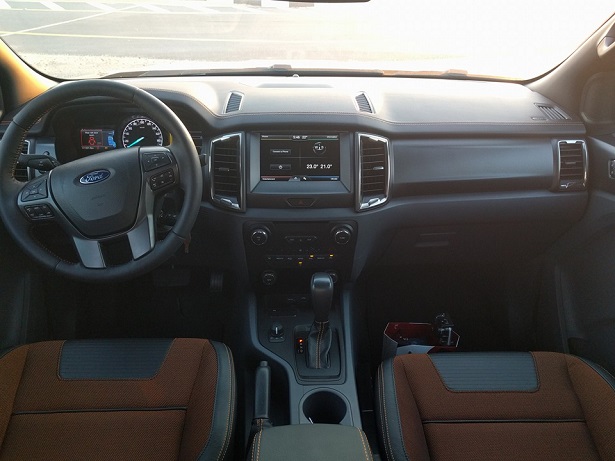 The interior is where the Ranger shines with its Wildtrak variant. The seats are comfortable and there is a generous dose of leather all around that gives a premium feel. Not to forget the signature orange stitching on the seats. Also, you will find an 8” touchscreen infotainment system, electric driver seat, rear camera, parking sensors, cruise control and hill assist. The leg room is great in the front but not so great at the back and the overall quality which impresses in the front somehow doesn’t seating behind. But overall, I like Ford’s approach. It is not necessary that a commercial vehicle has to look and feel dull. 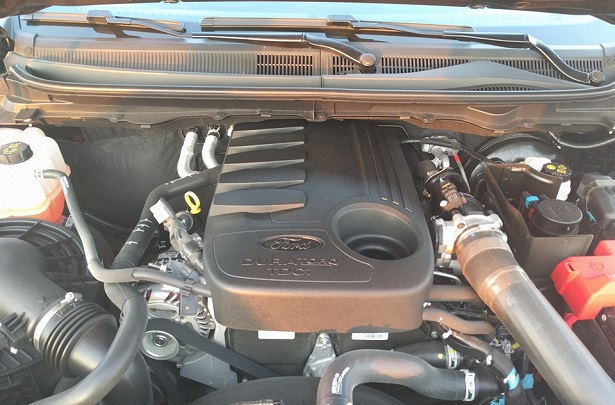 The Ford Ranger Wildtrak is powered by a 3.2 liter 6 cylinder – surpise, surprise – diesel engine producing 197 BHP and 470 Nm of torque. This was my first experience with a diesel powered vehicle and I must say it is fairly quiet for a diesel. Obviously, you’re not going to do 0-100 runs in this car as all that torque is for towing – something which this car is made for. As per figures, it can tow trailers up to 3500 kg in weight which is impressive. Add to that a smooth 6 speed auto gearbox and you have a civilized commercial vehicle. It also has a full fledge 4x4 system but bear in mind, that system isn’t as useful in the desert as one would expect. However, it works perfectly fine in all other terrains. 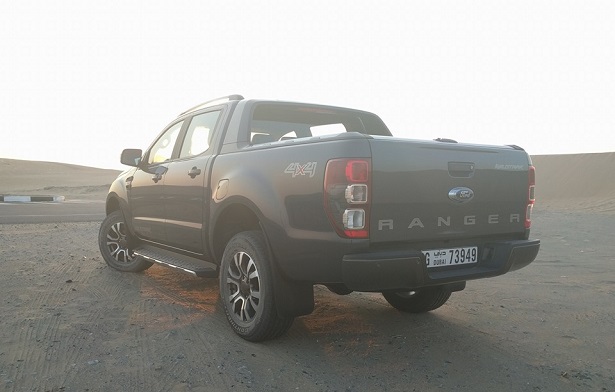 The Ford Ranger is an actual pickup and not the ‘pimping’ Sierra or Silverado. It is meant for heavy lifting with a touch of refinement. It is definitely not a polished product but given the overall package of comfort, power, offroad ability and towing, it can appeal to the youth if they can get over the pretentious image.