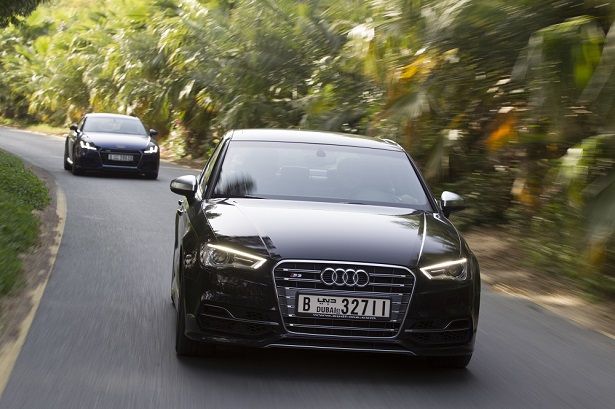 Audi Middle East held an exclusive event for the media to test drive the all-new Audi S3 and TT at Dubai Autodrome (See prices of Audi TT). The event included activities like track drive, cornering tests, dynamics testing and city drive to make one familiar with the sportiness of the two compact cars. The basic idea was to explain the importance of smaller engines and how they can be efficient as well as powerful in day-to-day driving. So without further ado, let’s look at both of these vehicles. 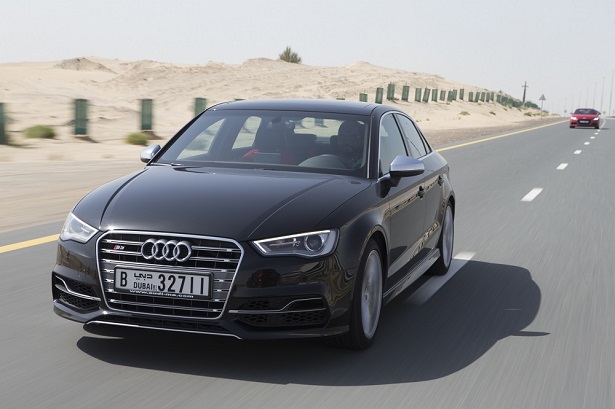 The Audi S3 is like any other Audi – generic and to some people, plain dull. But that’s where Audi excels as all their models bear the resemblance of an executive vehicle. Consider Audi like the German equivalent of a Lexus. You don’t expect it to be mind-blowing but not undermine as well. It has to be just right. And, Audi does it again with the S3. They took an A3 and made the suspension lower and added 4 exhaust pipes to make it sportier. The result is a clean and understated sports saloon – typical Audi. 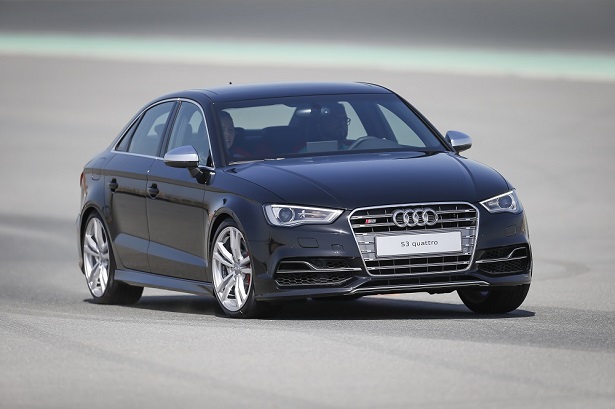 The story continues in the interior as well as Audi has one of the most modern interiors in the market that are functional yet simple. The all black interior with not-so-sporty seats makes a good place to be in and one can clearly see that it is designed to be driver-focused. However, with a million controls on the steering wheel, it takes time to get used to and since it was a first drive event, I did not get much time to fiddle around with the various buttons. Also, the hard plastic-y dash is a strict no-no for me as this is expected from American/Japanese cars but not from a German manufacturer. The legroom is adequate for both rows but rear headroom can be tight for tall folks.

The smallest sedan offered by Audi has received the S treatment and as a result it is expected to perform. And, unsurprisingly, it does very well. The new S3 shares the same platform as the all-new Golf (GTi and R) (See prices of GTi here). Add a quattro drive and what you get is a typical Audi S car in a smaller package. The vehicle is powered by the same 2.0 turbocharged engine which has been fiddled around with to produce a whopping 292 BHP and 380 Nm of torque. The result is a 0-100 sprint in less than 5.5 seconds. The fun doesn’t end there though; Audi has added new exhaust valves which produce a grunt that will make any car enthusiast smile. It doesn’t cry at high RPM and that’s what I loved the most. However, there is a considerable amount of turbo lag but that is something which can’t be avoided. However, Audi has included a ‘boost’ gauge which is fun to look at and makes the inner child alive by waiting for turbo to spool and once that happens then the car shoots instantly.

The gearbox is just sublime for this segment and I just felt like playing with the gears all the time as the shifts were smooth. However, keep in mind that the car will change gears automatically even in manual mode once the RPM touches redline.

The activities for the S3 included dynamics testing, track and leisure drive. After putting the car through its paces, I can safely say that this is solid built and remains composed – most of the time. The heavy body keeps it planted on the tarmac and the powerful engine makes it nippy while getting out of corners. The Quattro drive is like a cherry on top as the car as the car doesn’t lose traction however there is a bit of understeer involved but that’s negligible. 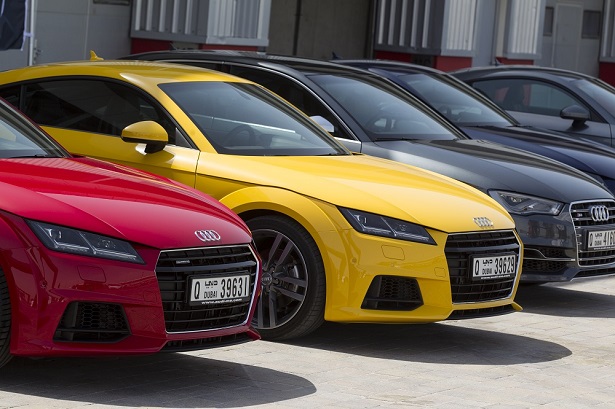 The TT has been around for quite a while and it has only brought good fortune for Audi. Since its inception, the TT has been the choice of people who wanted to buy a cheap European sports car. The first iteration was a breakthrough in terms of design and what followed that was more of a minor facelift – and that worked too. So, to continue on the success, Audi had primarily 2 obstacles – to keep the overall design similar to the previous gen and add a modern twist. And the resulting vehicle is nothing less than a marvel.

In my opinion, this is the best looking TT of all. I can also call it the best looking Audi in a long, long time. They have kept the original design but just somehow magically bettered it by removing all the curviness which made it look like Shrek. Instead, they replaced those bloated curves with nice sleek edges – and the headlights do compliment that edgy look. The TT is considered more of a feminine car but with this iteration, they have made sure that it does appeal to the male audience as well. Even if it does not, the good news is that they have imported the TT styling on the all-new upcoming R8 which will definitely get the testosterone running. We also know that the new R8 will have laser headlights. 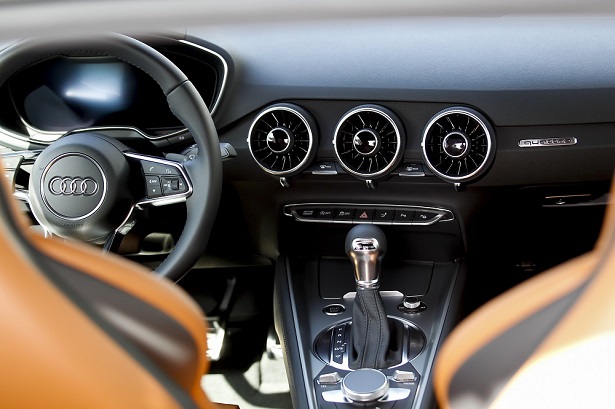 Coming to the interior, well, all I can say is, it’s magnificent. The new Audi cockpit is designed from ground up and the traditional dash has been replaced with a 12.3” TFT which is entirely customizable as per driver’s wish. This means the center area of the dash is now clean and free to have bigger dials and knobs thus making it a very pleasant place to be in. However, I would like to point out that the new system does take some time in getting used to but it is highly intuitive and visually appealing. Overall, the interior is simple yet innovative.

The all new TT is powered by the same 2.0 liter engine – tuned to produce 227 BHP and 370 Nm of torque. Couple that with AWD and 200 kg less weight than the S3 and you have a proper sports car. If you prefer numbers then TT sprints from 0-100 in 5.3s. In comparison, a Challenger SRT takes 5.0s and that’s powered by a 6.4 V8. So, it’s all good news here. The Quattro works like a charm on the track – especially in the corners. However, the ride isn’t as comfortable as the S3 on the road. The sports suspension coupled with sports seats is not my cup of tea for daily driving. But, for those who like to have thrills in a small coupe, TT is a sure thing. The smaller dimensions and light weight brings this car alive and I felt less turbo lag in the TT as compared to S3 which is acceptable. I feel Audi has done justice to the TT brand and customers are going to love it.

After a long day of driving both S3 and TT back to back on the track and road, it is made clear to me that TT should be kept on the track while S3 looks better on the road.