Features and specs of the Chery Arrizo 3 sedan

The affordable B-segment sedan category is one of the most valuable and popular class of vehicles in many parts of the globe. It’s not only highly lucrative but also an extremely busy space in the automotive landscape. This definitely stands true for the Middle East region as well and since the past few years, major carmakers have invested significant resources and time behind the development and launch of newer models. In the recent past, many Chinese car companies have been busy infiltrating the budget family sedan segment, and Chery is no exception to this. Chery has grown to become one of the largest and most influential automakers to hail from China, and currently sells about half a dozen models in the UAE.

In effect, the Arrizo 3 is one of the most affordable cars in Chery’s line-up in the country, and it battles it out with the likes of the Hyundai Accent, Toyota Yaris sedan, and the Peugeot 301 amongst a few others. Interestingly, the Arrizo 3, which made its debut in late 2014, is essentially a facelifted version of the erstwhile Chery E3 sedan. In brand’s current line-up, the entry-level Arrizo 3 slots right below the slightly more upscale Arrizo 5.

The Chery Arrizo 3 that’s currently sold in the UAE hasn’t received any major facelifts since its initial introduction. This means that its design is now starting to look dated and uninspiring, to say the least. While the Arrizo 3’s exterior styling may not be considered very interesting by most people, it certainly doesn’t offend anybody, either. The front end features a simple U-shaped grille with chrome surrounds, projector headlamps with integrated stylish LED daytime-running lights, and softly sculpted bumper with distinctive fog lamp housing and an air intake in the middle.

Viewed side on, the Arrizo 3 looks fairly vanilla compared to some of its rivals, though Chery has incorporated double “skate style” character lines and 15-inch multi-spoke alloy wheels. The rear of the subcompact sedan features a “duck-tail” design for the trunk lid, lights and bumper which, according to Chinese carmaker, reduces the Arrizo 3’s wind resistance and helps increase the car’s stability at high speed. That sounds fair enough, right? As for its overall size, the Chery Arrizo 3 measures in at 4.450 meters in length, 1.748 meters in width and 1.493 meters at the roof. The distance between the Arrizo 3’s front & rear wheels stands at 2.570 meters, while its boot capacity is around 500 liters.

Just like its exterior, the interior styling of the Chery Arrizo 3 is quite old-school and not too interesting, though the layout and design is free of clutter and straightforward. Some of the trim and materials might look alright to the naked eye, but most of them are likely to feel budget. However, that’s something one can expect to find in this segment -- it isn’t limited to just this Chery sedan. When it comes to space, the Arrizo 3 is expected to fair reasonably well with legroom and headroom. 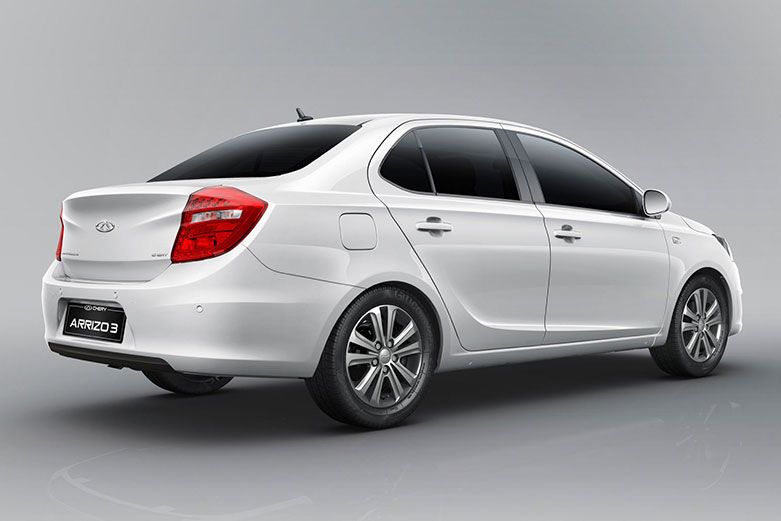 The Chery Arrizo 3 is powered by a 1.5-liter naturally-aspirated four-cylinder petrol engine that generates a modest 107hp and 140Nm of torque. Channeled to the front wheels via a good old fashioned 4-speed automatic gearbox, the Arrizo 3 makes it to 100 km/h in 13 seconds. Meanwhile, the top speed is around 175 km/h and the fuel economy figure is just under 7.0 L/100 km. 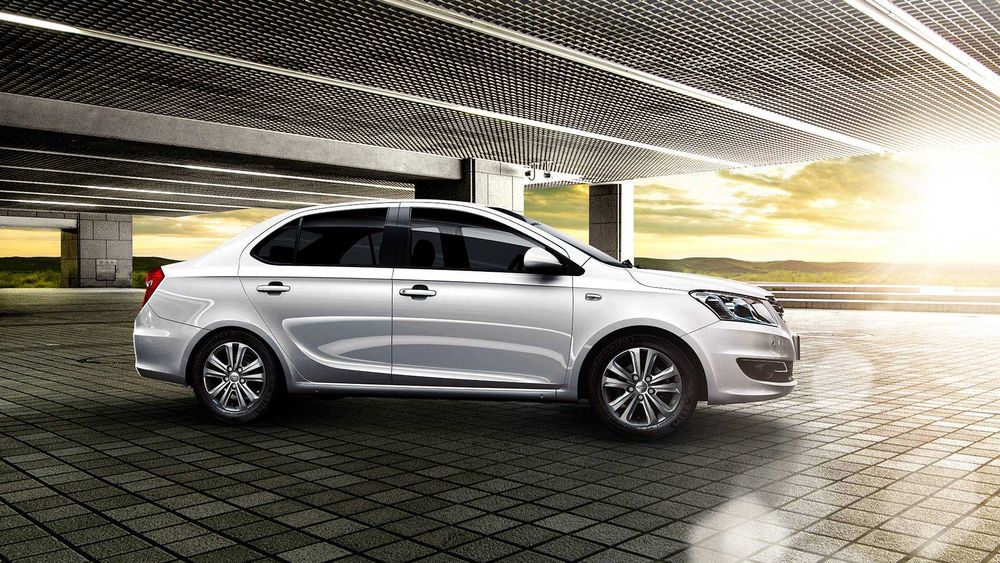 The one and only available range-topping Comfort trim of the Chery Arrizo 3 costs AED 47,000 which enables the car to undercut all its rivals by a tad margin. It doesn’t have the features or grunt from behind the wheel of its counterparts but its price makes it a good bargain.