The Jeep Jamboree is an annual event that is held to bring together owners for a family fun day on the dunes of the UAE. In its twelfth iteration and hosted by Western Motors, the official distributor for Jeep vehicles in Abu Dhabi and Al Ain, the Jamboree is an outing for off-road enthusiasts and newbies alike.

Whether bone stock or highly modified with protruding fender flares and towering lift kits, all 230 vehicles that participated in the 2017 Jamboree made their way down to the Al Badeya Eyes Camp in Khazna, the starting point for the day’s off-road excursion. 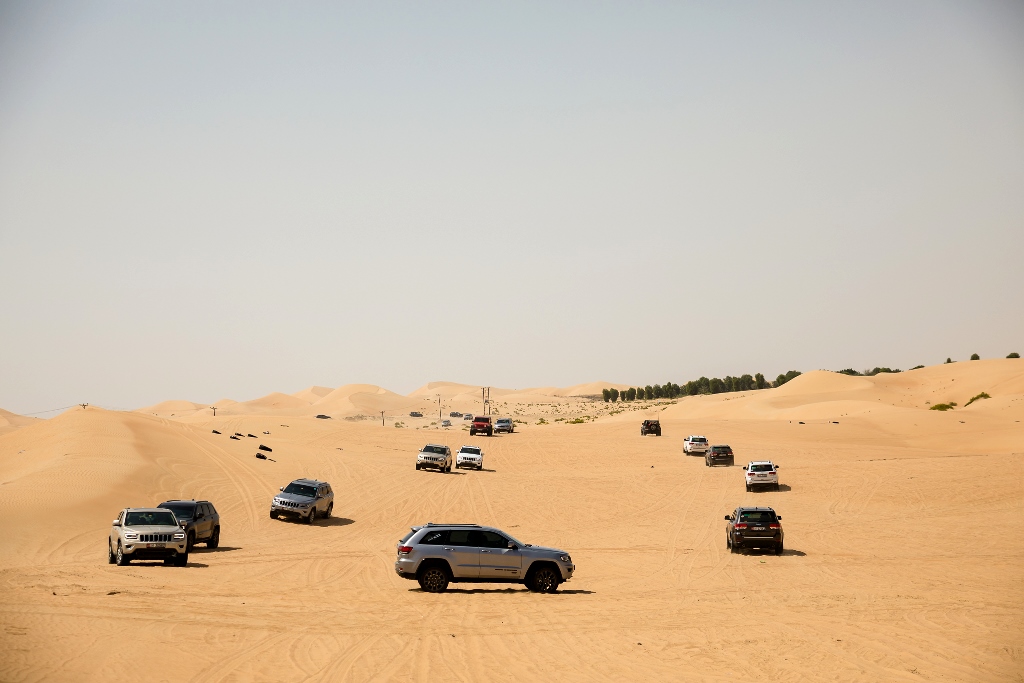 Marshaled by the Abu Dhabi 4x4 Club, vehicles were divided into fourteen groups that drove in an organized convoy through the smaller technical dunes and larger, steeper dunes surrounding the area.

Provided with a fresh-off-the-lot short wheelbase basic Jeep Wrangler, the American SUV though lacking off-road aids such as a rear differential lock and sway bar disconnect, faced no difficulties in keeping up or taking on everything in its path. 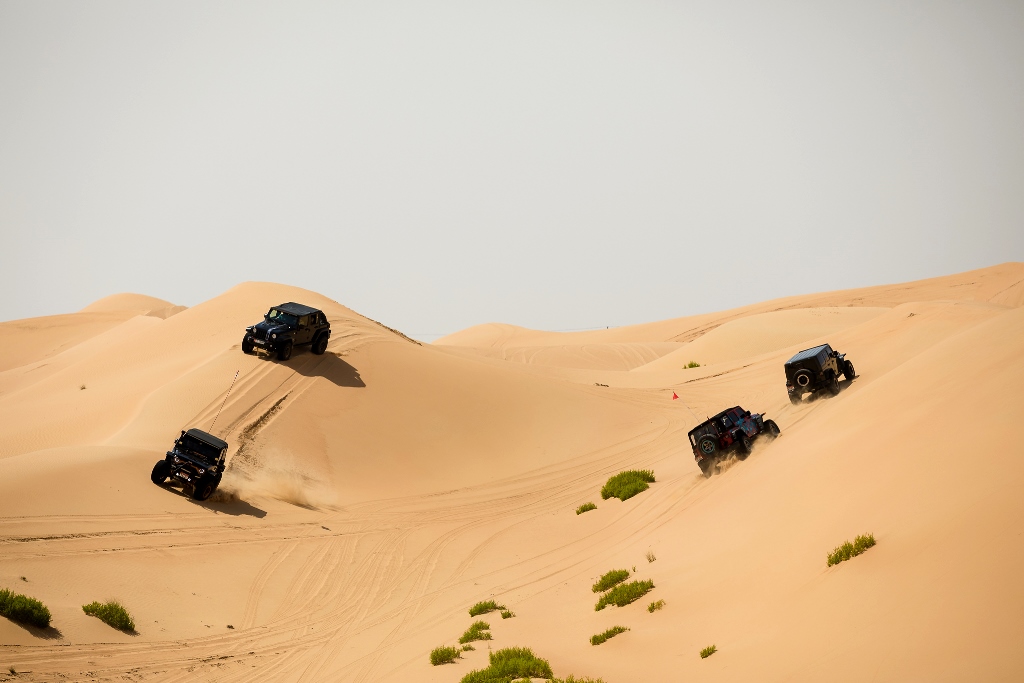 A great day out and a phenomenal way to showcase the capability of Jeep’s range, the Jamboree is a must for all Jeep owners in the region.