Discovering if the GCC is ready for Electric Vehicles 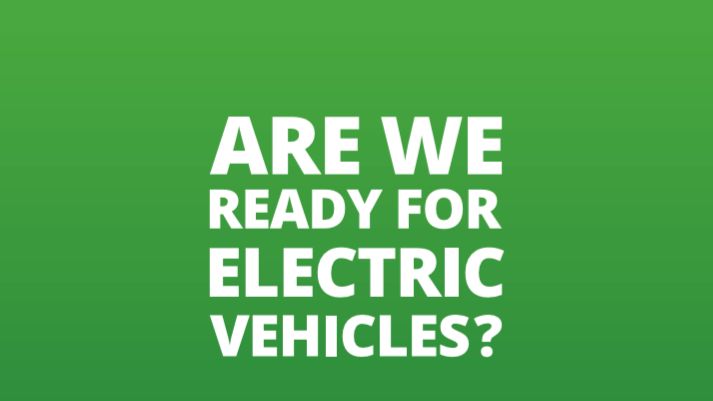 Building on the success of the region’s first-ever survey to understand Electric Vehicle buyers, their opinions, perceptions and purchasing intentions in the region, we at YallaMotor set out to discover how much had changed in the past twelve months. Through an online survey that garnered 3,190 responses between 21st January and 14th February 2020, we aimed to highlight the pain points that potential buyers are faced with when purchasing an Electric Vehicle in the GCC. 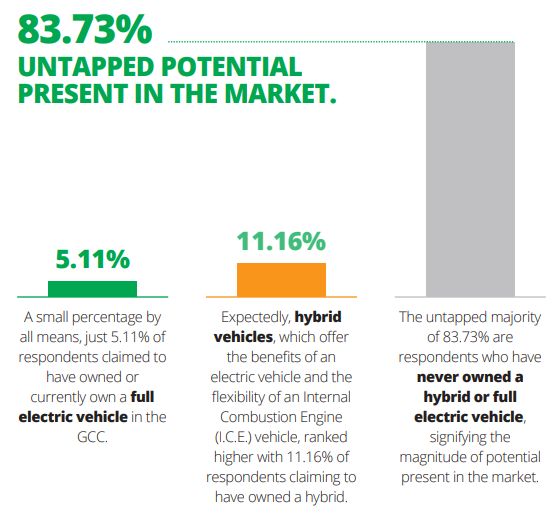 Although EVs began as a trendy fashion statement for the rich and famous, the increased choice in the market and reduced prices have been setting them up to become a global household commodity. Despite only 5.11% of respondents claiming to have owned or currently own an Electric Vehicle in the GCC, a significantly higher 11.16% claimed to have owned or currently own a Hybrid (petrol + electric) vehicle. While it could be said that owning a Hybrid is a steppingstone to owning a full Electric Vehicle, what cannot be ignored is the untapped majority of 83.73% who claimed to have never owned a hybrid or full electric car – signifying the huge potential present in the market. 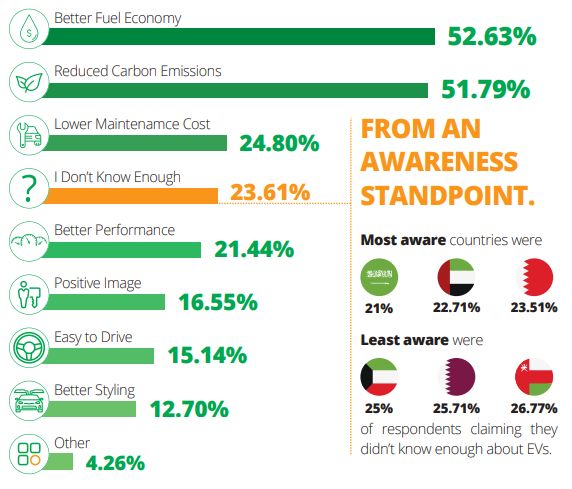 When questioned about the perceived advantages of Electric Vehicles, respondents were quick to rank “Better Fuel Economy” and “Reduced Carbon Emissions” in first and second place with 52.63% and 51.79% respectively. Third place was taken up by “Lower Maintenance Costs” coming in at 24.80%, followed closely by “I Don’t Know Enough” in fourth place with 23.61% of respondents. From an awareness standpoint Saudi Arabia ranked the highest with only 21% of respondents claiming they didn’t know enough about Electric Vehicles, while Oman ranked the lowest with 26.77%.

In line with last year’s findings, the top three perceived drawbacks of Electric Vehicles were “Long Charging Times”, “High Initial Cost of Purchase”, and “Inconvenient Charging Options” with 47.21%, 37.27% and 36.65% of respondents accordingly. Comparing results from both years reveals that not much has been done by manufacturers, dealers and governments (among other stakeholders) to alleviate the concerns of potential buyers and increase the desire to purchase an Electric Vehicle. 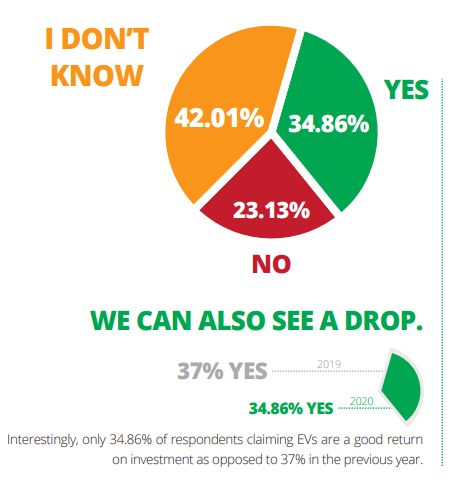 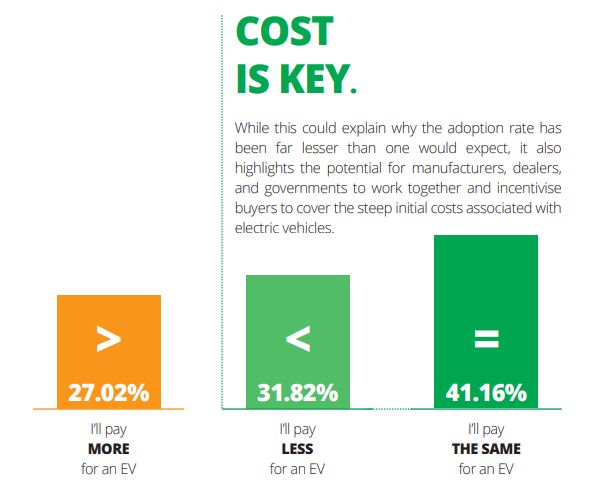 While on the topic of investments, respondents were asked whether they would pay more (or less) for an Electric Vehicle as compared to a traditional petrol/diesel powered vehicle and the results were quite telling. A whopping 72.98% claimed that they would pay the same or less for an Electric Vehicle, while only 27.02% claimed they would pay more. When studying current market prices of EVs, they are priced significantly higher than what the general public is willing to pay, contributing greatly to their low adoption rate in the GCC.

In conclusion, there haven’t been any major developments in the rate of EV adoption across the region. Twelve months after our first survey, there are negligible changes in the figures, proving that the industry needs to come together and work towards letting more people experience an EV – the very first step to increasing the rate of adoption.