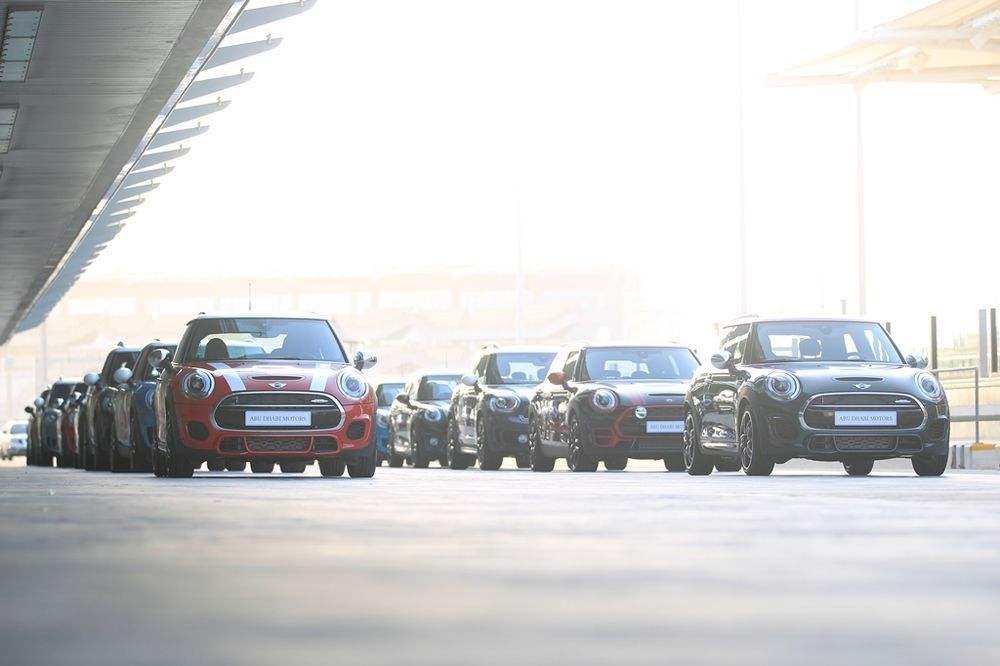 It’s uncomfortable in the sense of unfamiliarity when a representative from Abu Dhabi Motors’ PR team calls to ask if you’d be interested in spending an evening chucking MINI’s range of JCW models around the world-renowned Yas Marina Circuit. To a petrolhead like myself, an evening of hot laps in a hot hatch is the automotive equivalent of a candlelight dinner – one-on-one intimacy. 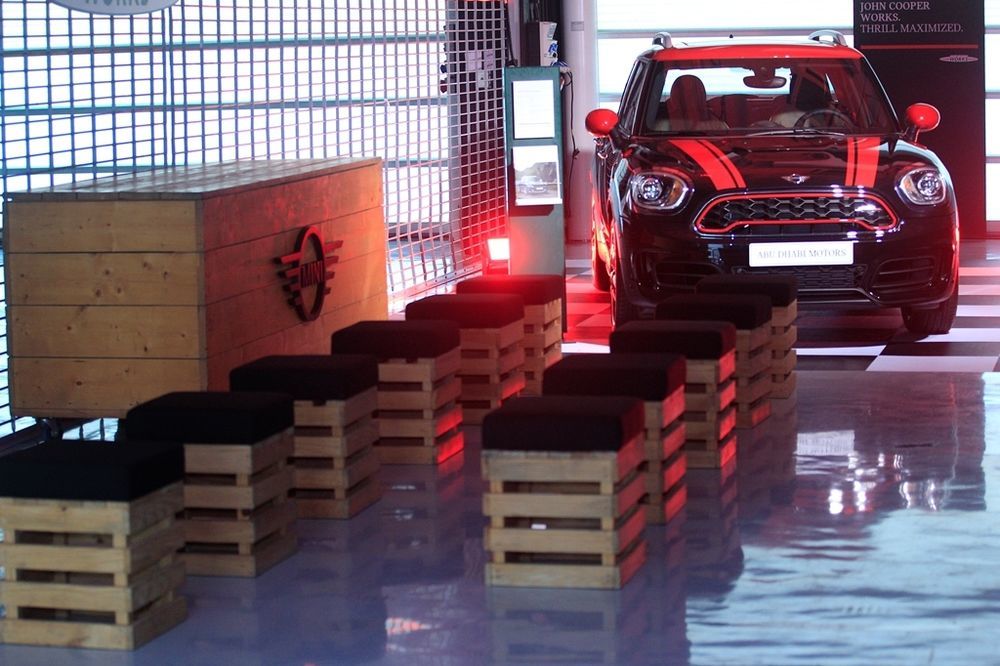 After confirming it wasn’t a prank and pinching myself to ensure it wasn’t a dream either, an enthusiastic “YES!” saw me driving down to Abu Dhabi one Thursday evening. Following the MINI banners, I approached the pitlane garages where I was welcomed by a tastefully airbrushed MINI Cooper adorning icons and monuments of the Capital city on an interesting shade of azure.

Jumbo Jenga, wooden crates converted into stools and oil barrels used for tables, the vibe was trendy, hip, and oh so MINI! From tinkering with MINIs in his garage, John Cooper had established a name for himself after winning several races, and moments before heading on track, a sense of accomplishment and admiration dawned on me, for had John Cooper still been around, he’d probably have wanted them to be just the way they are. 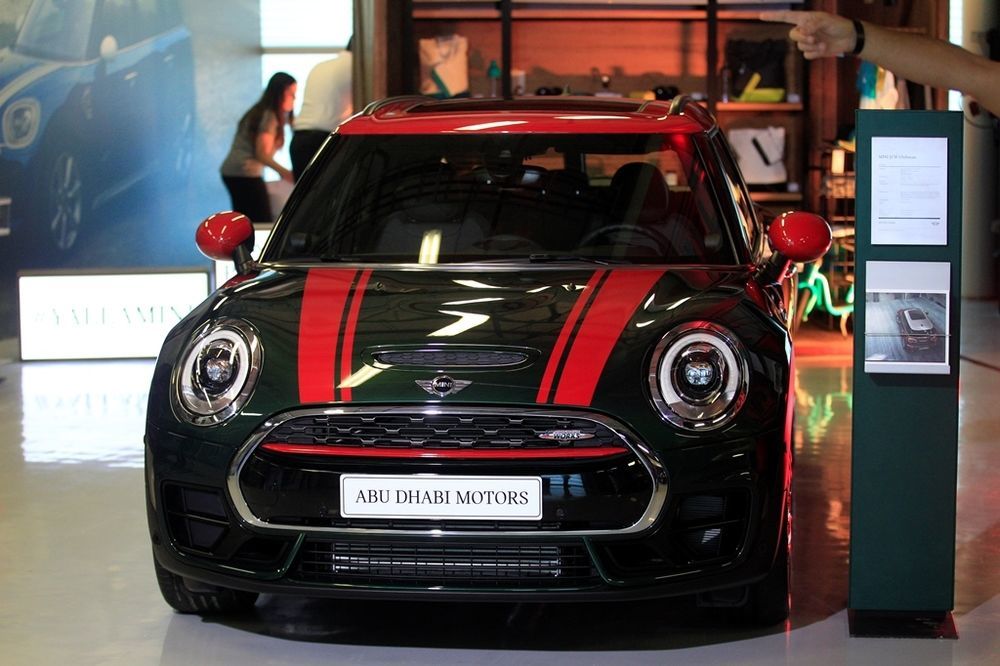 First on the agenda then, was the MINI John Cooper Works Clubman. Strapped in, helmet secured and right behind the lead car, it was time to see if MINI’s largest model could handle being pushed to its limits. Muted in the sense of aural satisfaction, yet packing a fair punch, the German chucked out 228 horsepower and 350 Nm of torque from its 2.0-liter turbocharged engine. 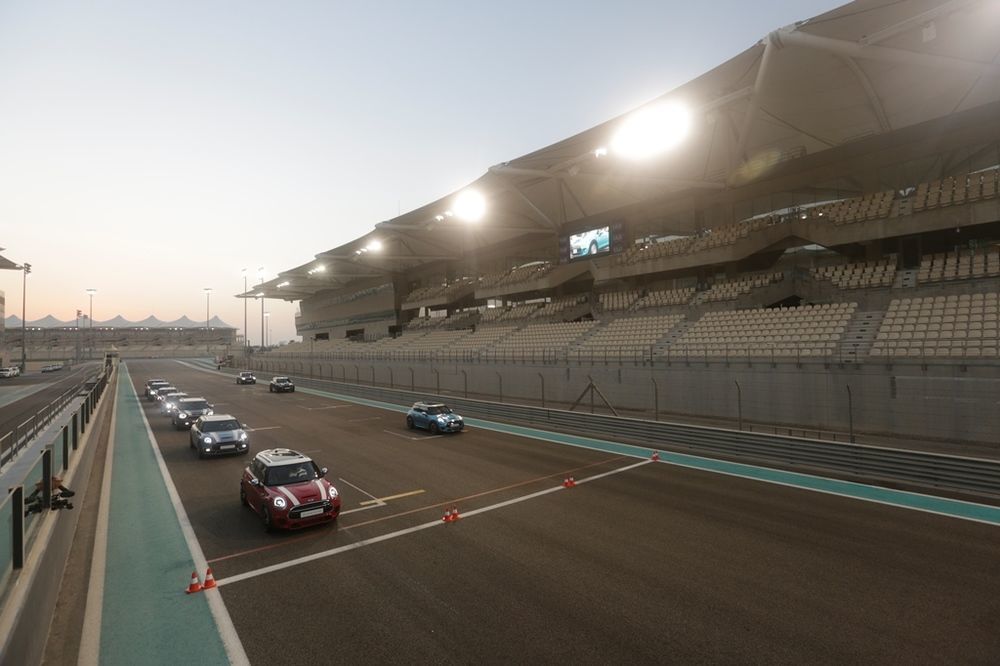 On the tubbier side of the spectrum at 1,565kg, the Clubman though pushing grunt to all four corners fell victim to the notorious understeer, while its dimensions prevented it from handling like a hot hatch would. More than potent, however, the Clubman JCW is apt for the family man/woman who possesses no aspirations of driving on track and simply wishes for that occasional thrill on that deserted road in an underdeveloped part of the country. 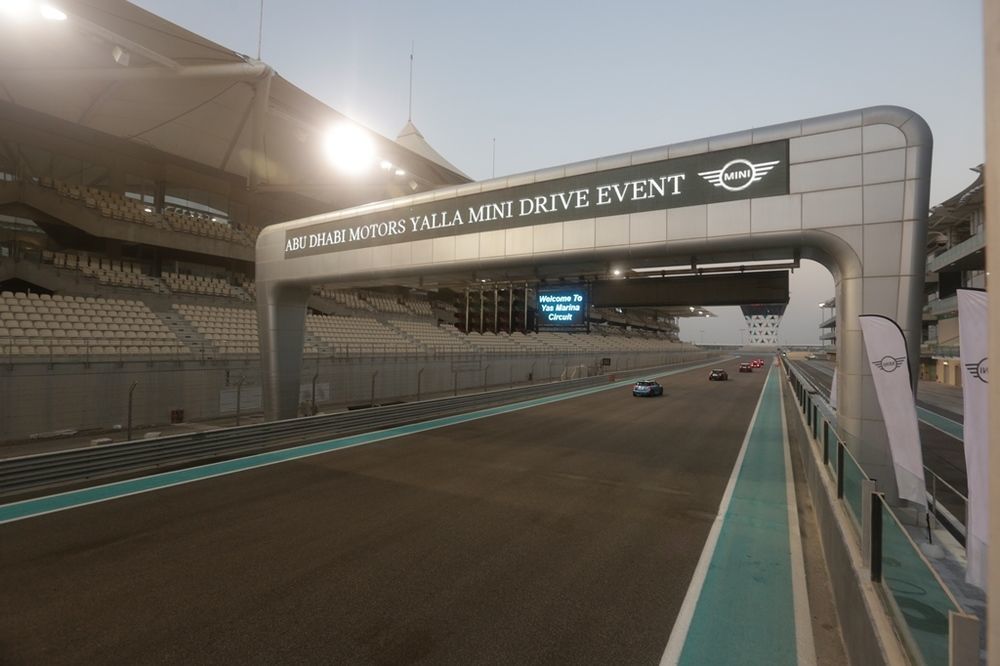 Following two hot laps of the Yas Marina North Circuit, it was time to partake in the rotational plan and hop into the MINI John Cooper Work Countryman. The most feeble and tallest of the lot, the Countryman stood out amongst its rivals, albeit seeming the most out of place. Its two-tone color scheme and hunkering dimensions were as far from a hot hatch as can be, yet it demanded to be driven.

Foot to the floor and the lethargic response of the cumbersome Countryman was comforting, for it was familiar and a little expected. Keeping up with its nimbler siblings seemed tough, while being further restricted by its underpowered engine and towering dimensions. Be it in the bends or on the main straight, the Countryman was undoubtedly pushed the hardest, not in that confidence-inspiring way but merely to keep up with the pack. 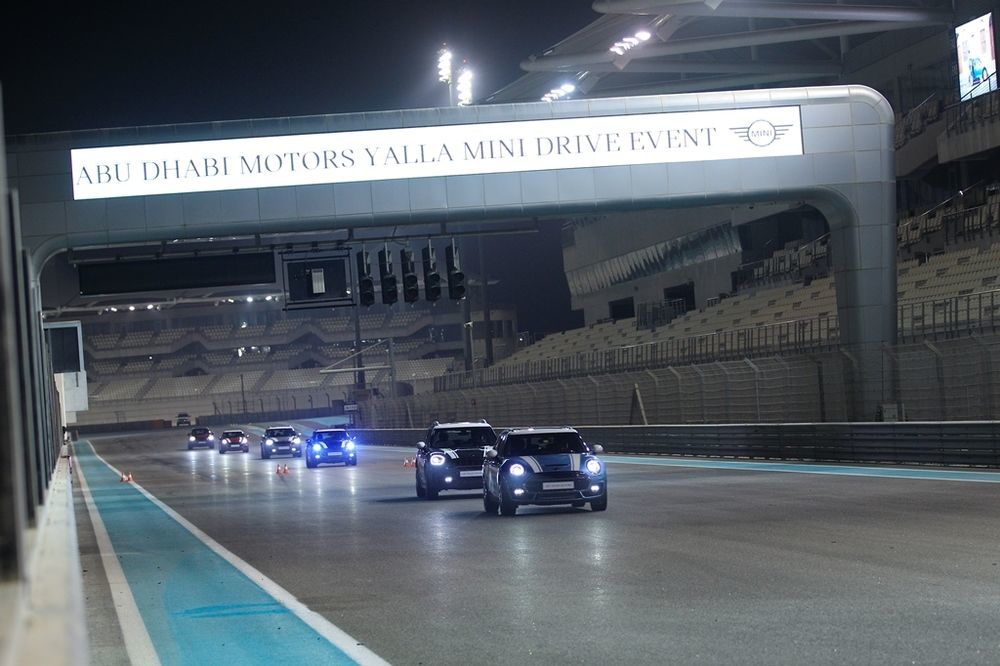 Saving the best for last, was the MINI John Cooper Works Hatch. Although significantly larger than the MINIs of John Cooper’s day, the Hatch has an appeal that is hard to describe for it ticks so many right boxes. Well-proportioned and equipped with the ideal set of tools for the job, the crackling exhaust and throaty roar from the engine were enough to bring a smile to the face of a true petrolhead long before it catapulted its way off the start line. 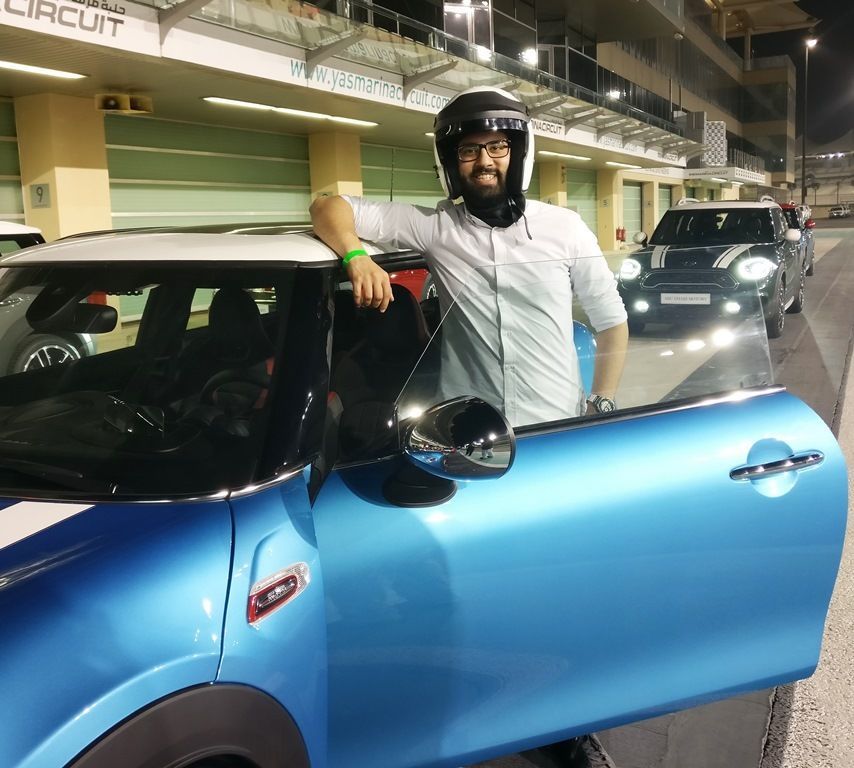 Shuffling through the gears with the paddle shifters located behind the steering wheel, the JCW Hatch clung onto the corners with the might and elegance that I was expecting to encounter in the other models. Racing its way up to the lead car, the MINI John Cooper Works Hatch is a proper hot hatch for thrilling track drives and the tackling the mundane city drives alike. While it is expensive at AED 185,000, I challenge fans and critics of the brand to drive one, for it is impossible to disembark the funky cabin without a grin from ear to ear.

Top 3 Most Expensive Cars in the World

The 3 Most Beautiful Vehicles of All Time