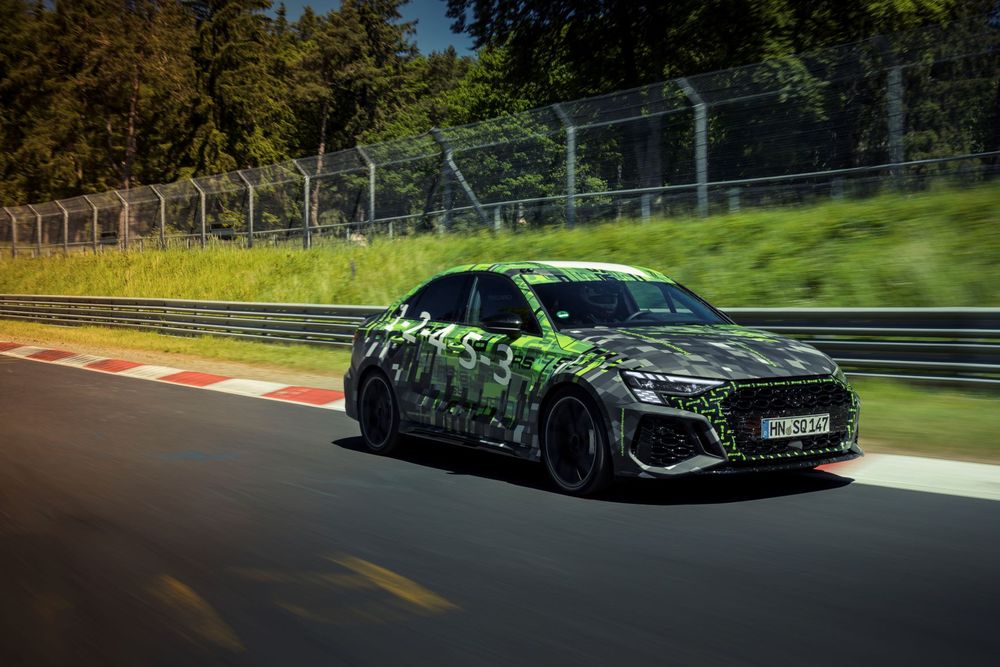 It would unequivocally have been a bright day for Audi as the brand’s young lad made its more proficient siblings’ hearts fill with pride. The recently launched RS3 sedan made a new record in the compact car category clocking a lap at the 20.8-kilometre long Nurburgring circuit in a staggering 7m40.748s shattering the previous record registered in 2019 by almost 4.64 seconds. This glory comes to Audi after 2-years and was made possible thanks to Pirelli’s P Zero Trofeo R tyre that has been designed not only for the track, but also for the street.

Engineered jointly by Audi and Pirelli professionals, the P Zero Trofeo R tyre boasts non-identical dimensions. Where the front tyre is of the girth, 265/30ZR19, the rear rants of dimensions tipping the scales at 245/35ZR19. The relatively larger tyres at the front provide better experience to the driver as they stick to the ground more firmly and provide better grip. 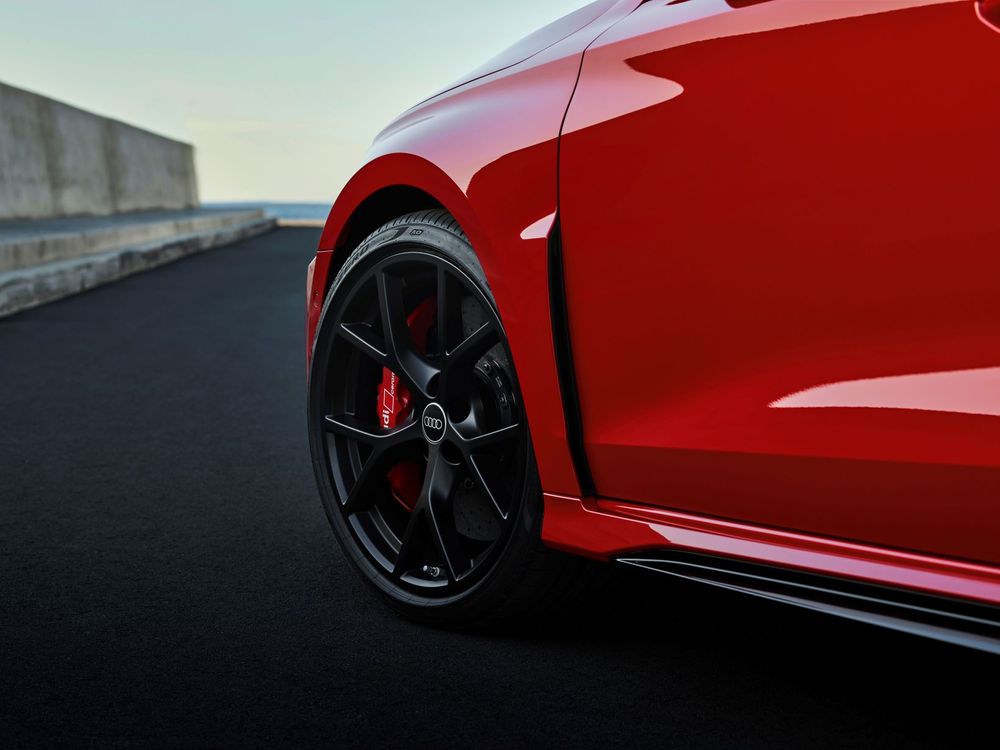 The RS3 is the entry-point into Audi’s bandwidth of performance machines and is quite obvious that its owners would spend a great deal of time as hooligans conquering the streets rather than working the engine hard at the race track. Hence, Pirelli has come up with a tailor-made version of this tyre for the RS3 using Pirelli’s new technology for the compound, structure and the tread pattern.

To ensure nimbleness and faster manoeuvring, the tread pattern design has been considerably overhauled so that the car can move with swift pace and vigilance not only on the drag strips and straight roads, but even around the cambers without the driver feeling overwhelmed or confused. This specially made tyre also helps in reducing braking distance. Intriguing to note is that this personalised variant is made at the company’s Izmit factory in Turkey where all other types of tires meant to bear a lot more pummelling are also given birth.

If you have perused through our recent articles, then you might be cognizant of the fact that MNCs, corporates and automakers are taking steps to produce products that come with modern technology and provide additional benefits to their progenitors but are environment-friendly. This comes after the shebang we have been put into in contemporary times. Brands switching over to electric powertrains, using recycled materials in place of leather and veneer and other such tactics, are paradigm examples to depict that. To make sure it does its part in contributing towards this direction, Pirelli has come up with another tire which doesn’t lash the environment and has been conceived on pillars of sustainability.

Finely built exclusively for the RS3, it’s called the P Zero which provides greater comfort, swiftness and ability to ford through slaloms and being easy on the environment at the same time. Its framework and composition has been designed such that the rolling resistance is stymied which has made it earn an “A” rating on the European tyre label. As a result, guzzling of fuel saw a reduction. This ultimately works in favour of the environment. To keep time and costs of production in check, Pirelli’s virtual design and simulation thrills were put to purpose to make sure the tire was produced with optimum benefits and it befit Audi’s requirements too. Such is the level of finesse at Pirelli that they have rated this tyre with ‘AO’ certification mark to denote that the tyre is ideal for Audi and conforms to the tyre masterpiece maker’s ‘perfect fit’ strategy.

Big or small, innovations always make things happen which provide a slew of doles to the society in general and one such example is the Pirelli P Zero Trofeo tyre.