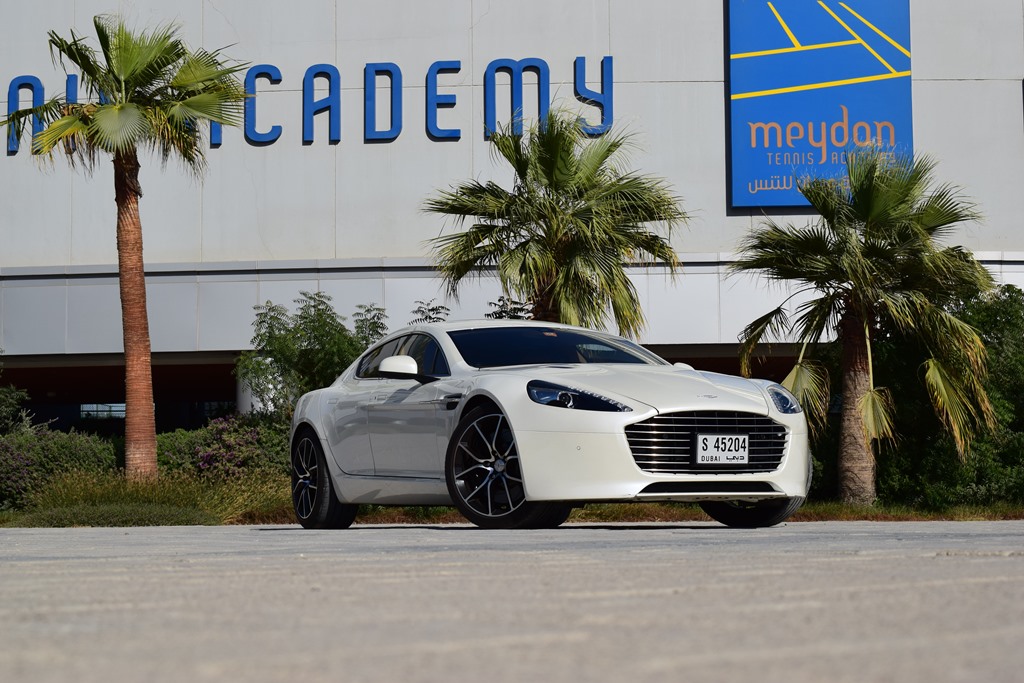 Popularized as a classic British icon, Aston Martin is known for its spectacular range of cars with the Rapide S taking prominent position. In production since 2010, the Rapide S is the first and only four-door model to don the Aston Martin insignia since the discontinuation of the Lagonda in 1989.

The 2017 Rapide S has an exterior that can effortlessly attract a crowd. Jaw-droppingly long and standing at 197-inches tall, the Rapide S is as premium as its badge would have you believe. Its curvaceous exterior and endless hood with dual air-intakes, resemble a sleek fighter jet, one with a full-faced aluminum grille and enough presence to spark curiosity as to the power within. Sat on a set of 20-inch 10-spoke wheels, the Rapide S is a stunner in the truest of senses and could well put many a sports car to shame. 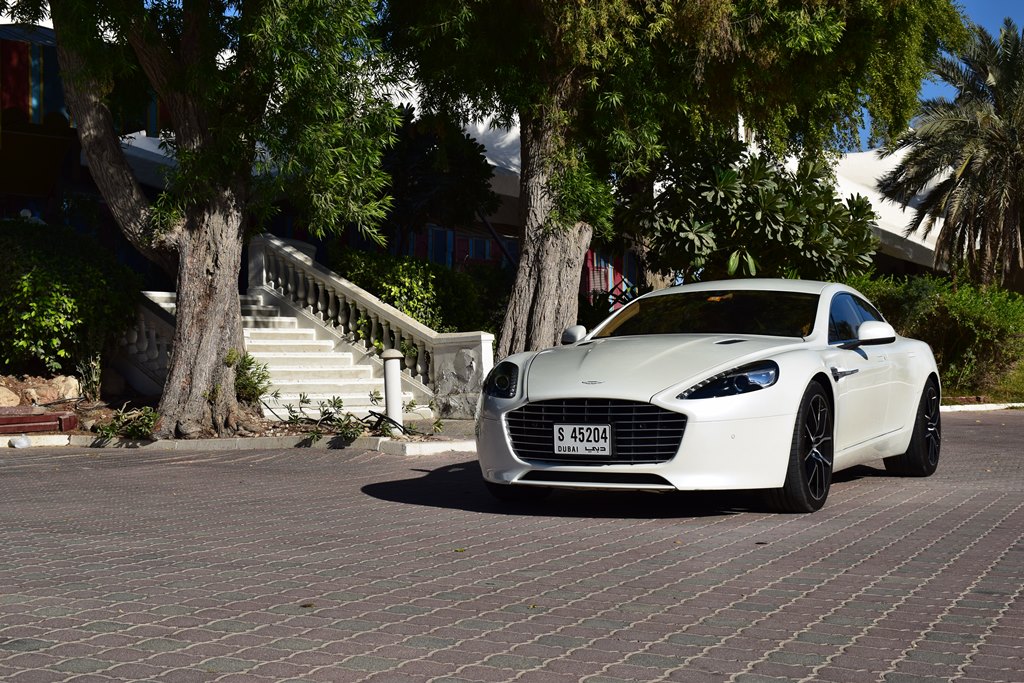 From the moment, you sit inside, you can’t help but notice the leather-rich interior (Bridge of Weir leather) complimented by carbon fiber trims, and as you would expect from an Aston Martin, it is detailed to perfection. High-tech, the center console is adorned with buttons of all shapes and sizes that add to the fighter jet aura of the British grand tourer. 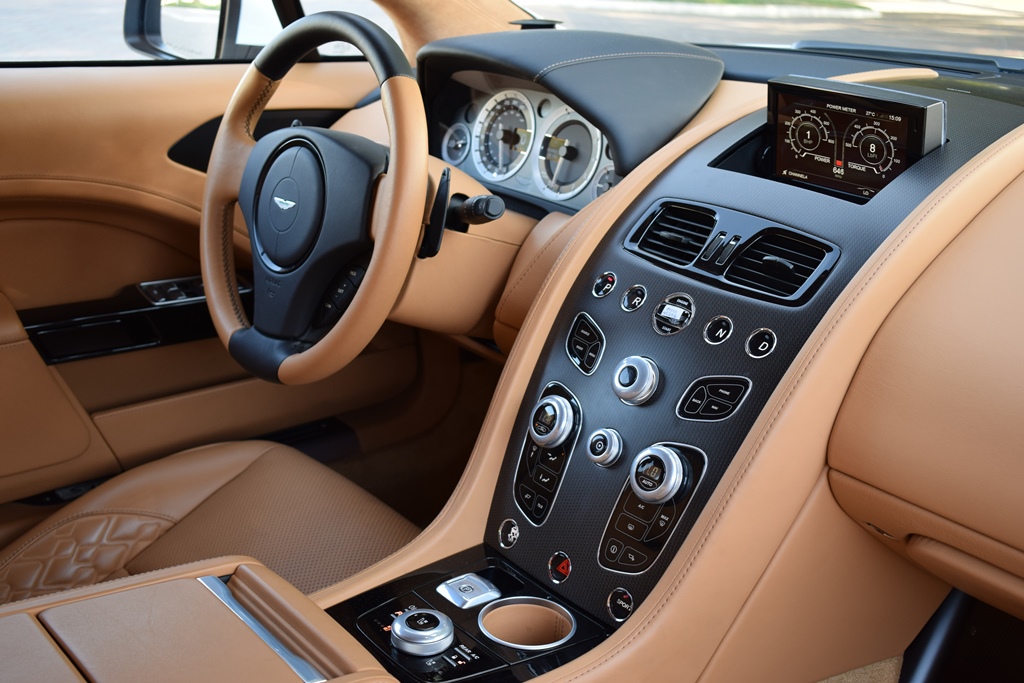 Occupants seated in the front and the back have their own climate controls, with the latter benefitting from individual 6.5-inch multimedia screens and wireless headphones. In addition to three memory settings, front and rear seats are equipped with cooling and heating – ideal for the Middle East’s sweltering summers and chilly winters. 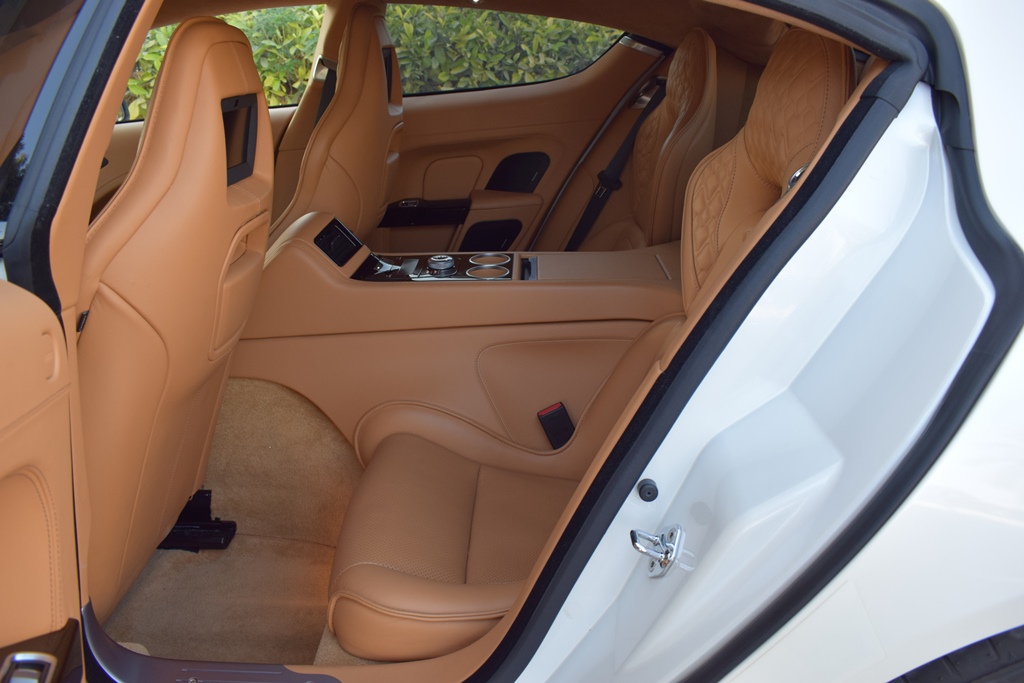 Considering it’s a 4-door grand tourer, one of the most asked questions pertains to the usability of the Rapide S’ rear seats. While it isn’t your everyday sedan or even the limousine you’d hire for special events, the rear seats are useable, if a little tight.

The Aston Martin Rapide S comes with the brand’s very own AMi II infotainment system that acts as the epicenter of its entertainment and information hub. All audio, telephony and info services are easily accessible and easy to use. 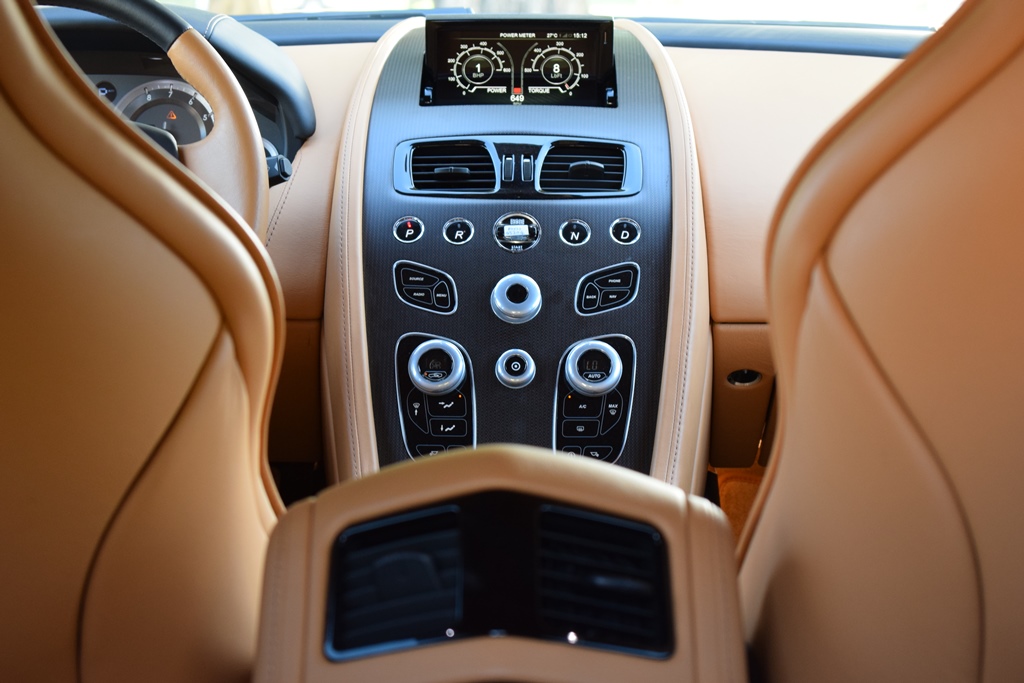 Equipped with a 15-speaker 1000 Watts Bang & Olufsen sound system, that is fitted with Acoustin Lens Technology (ALS) to disperse high frequency sounds at 180-degrees, the aural experience is bound to satisfy even the most discerning of audiophiles. Something that we especially liked was that the car is smart enough to figure out how many passengers are present (using the seatbelt sensors), and accordingly refocuses the audio delivery to those within the cabin. 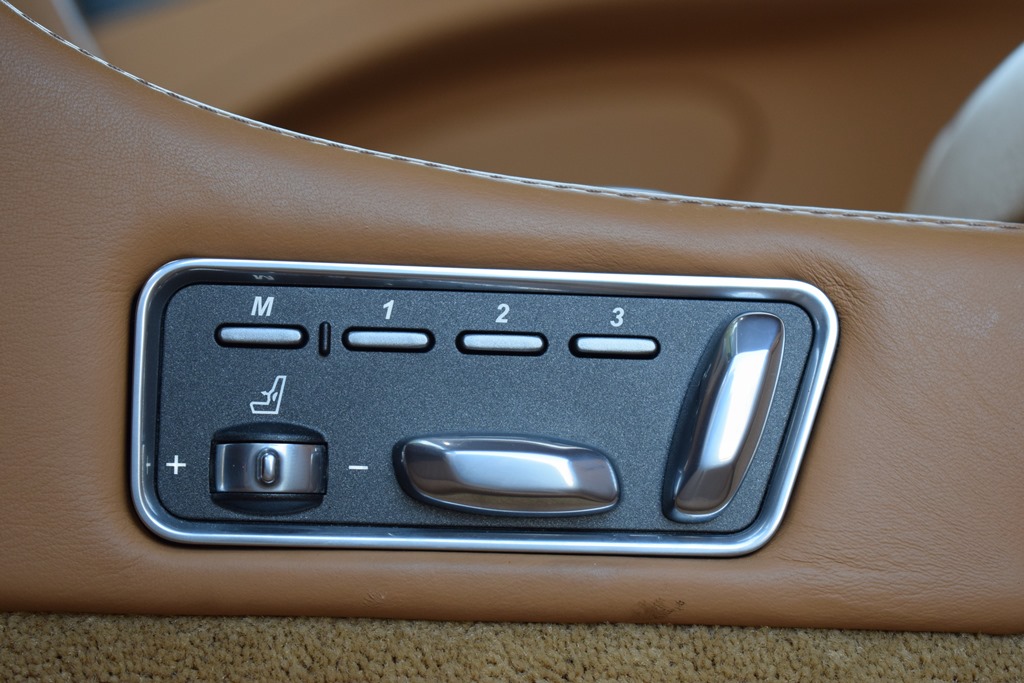 The rear seat entertainment system allows passengers to make use of 6-disc DVD player and indulge in somewhat of an in-flight experience for those long drives. As we mentioned, the functionality of this infotainment system is somewhat limited and should be resolved with the upgraded AMi III. 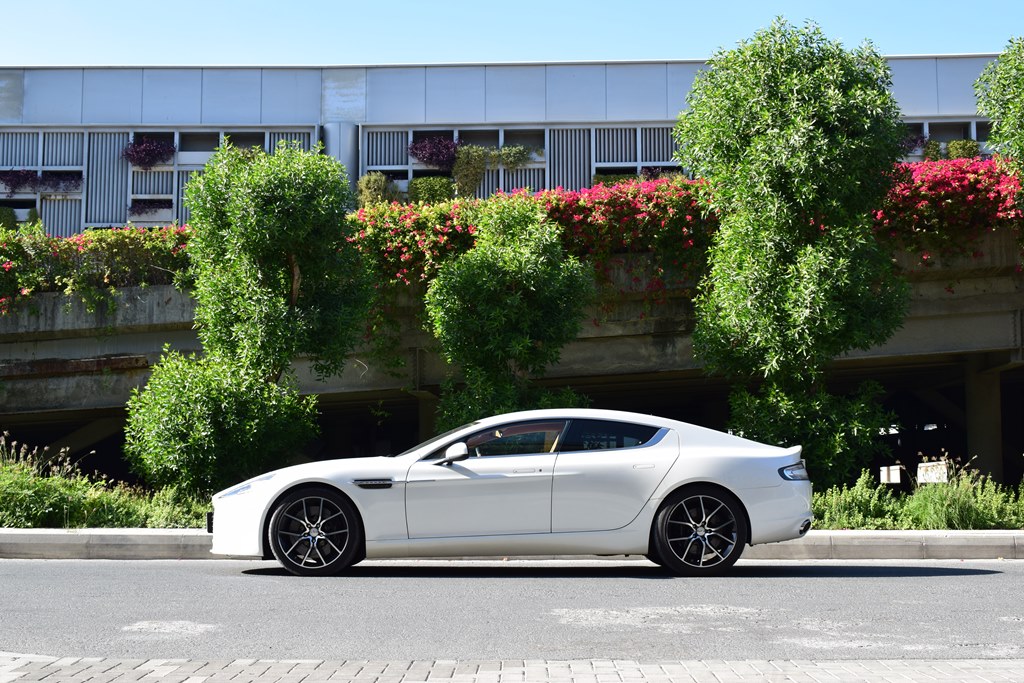 The car comes equipped with a rear camera but we really missed the side cameras as considering its humongous stature, parking in regular spots was a bit tricky. One of the features we really liked was the power meter, the perfect display split between bhp and torque will raise your adrenaline to new highs as you cruise in this beauty. 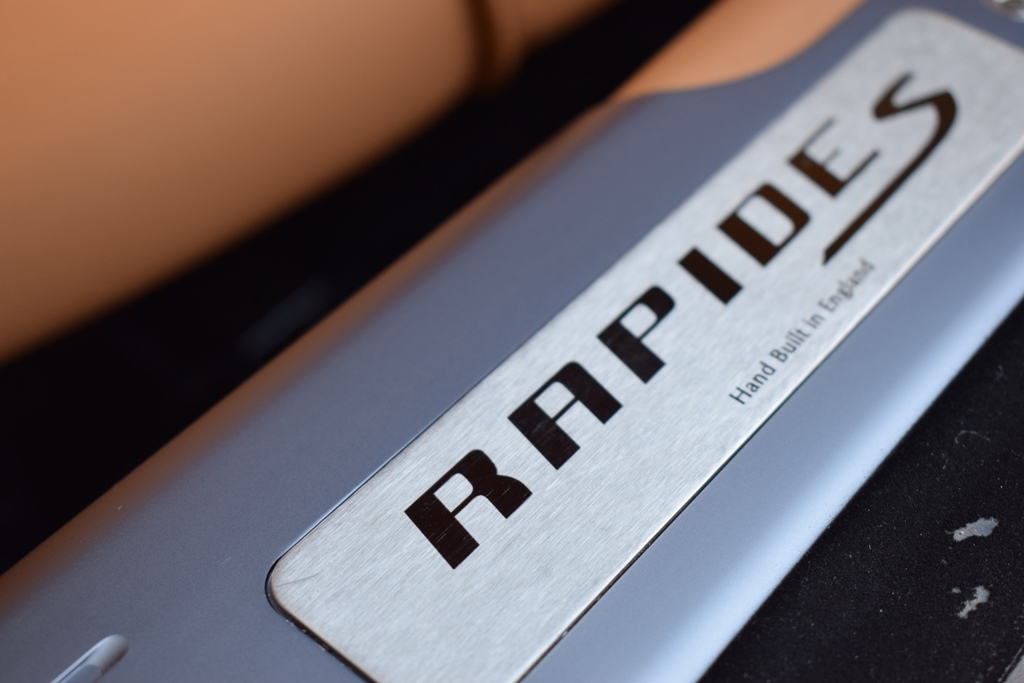 Like other vehicles in its class, the Rapide S hasn’t been tested by any major safety organizations and it’s doubtful it ever will be, but it comes with all the safety features you can think of. So, as long as you don’t exceed the cars limits, you will enjoy the drive.

Driving the Rapide S 2017 is an experience in itself. From the moment you press the iconic key in the doc to start the engine, the famous Aston roaring sound will make your heart skip a beat and you can hear it perfectly considering there are a couple of rear seats and 2 doors between you and the exhaust. 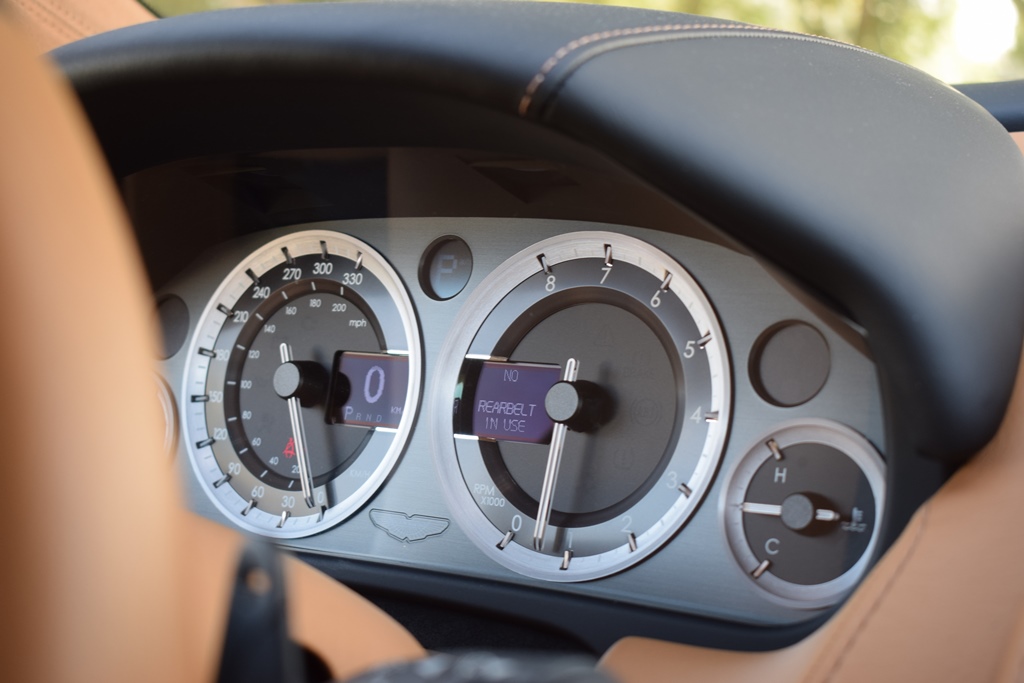 In terms of performance, the Rapide S is built to push boundaries. Thanks to the 6.0L V12 engine, you feel the engineering and all the components come together to perform in a way that is bound to deliver goosebumps. Controlled by a highly-sophisticated Bosch engine management system, the Rapide S is effective and responsive to every push. 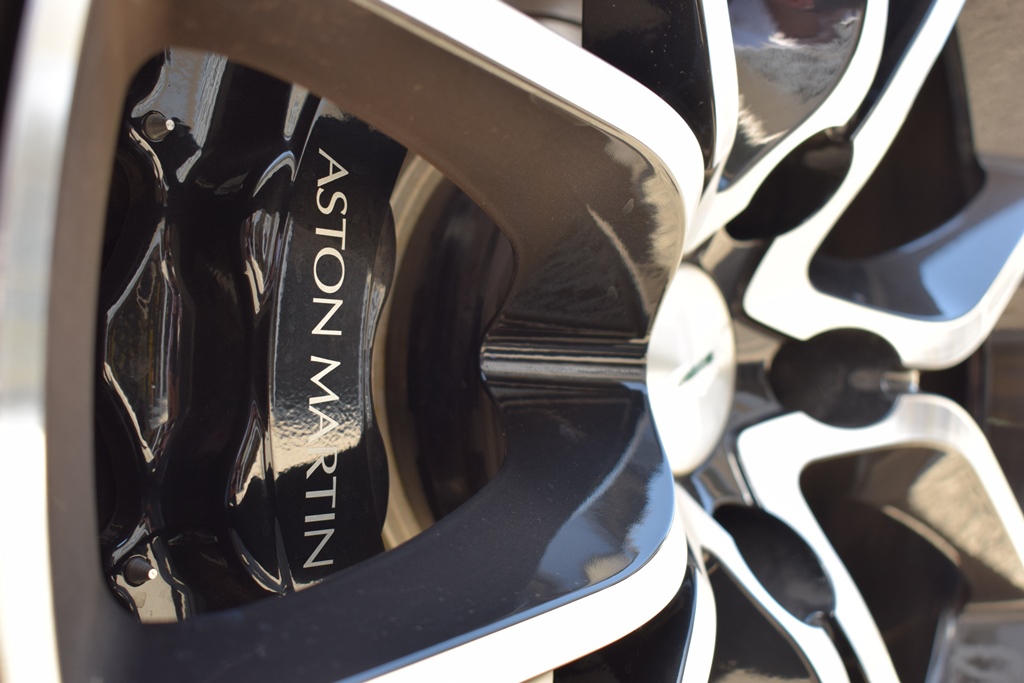 Once we started unleashing the true potential of the Brit tourer in Sports mode, it was really difficult for us to go back to the regular mode. Once in Sports mode, you feel hungry for power and the Rapide S doesn’t disappoint in delivering all the power you will ever need plus a little more. 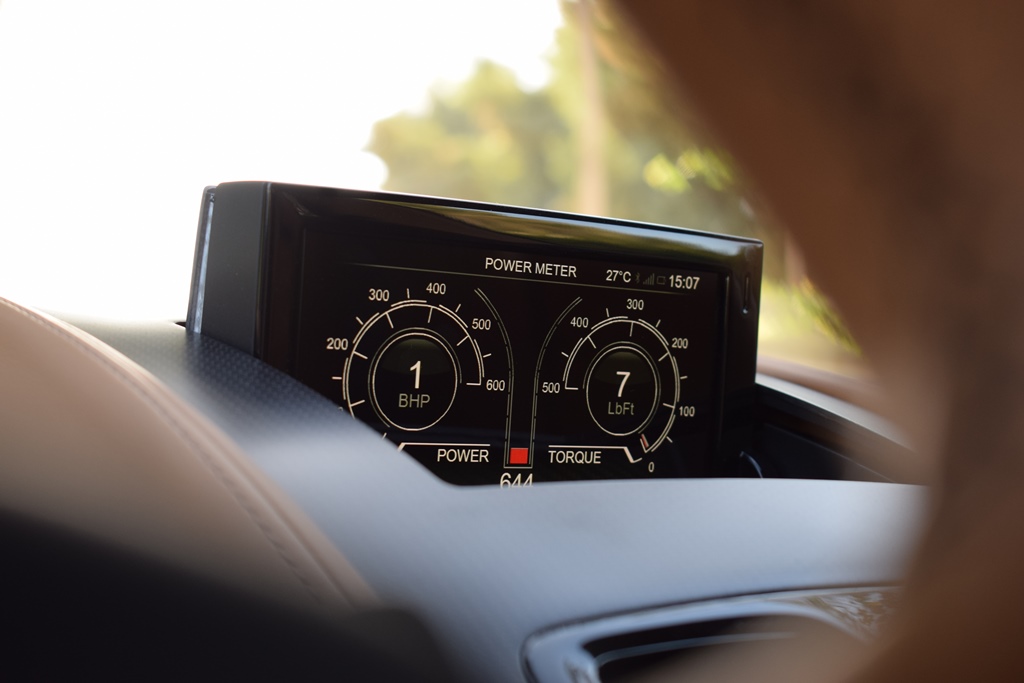 It will pump your needs by energizing the whole experience. Everything from the torque, power to the suspension and braking is spot on and adds to a spectacular driving experience which is hard to beat in its class.

Aston Martin claims the Rapide S is the world’s most beautiful 4-door sports car and we don’t disagree at all. Positioned as superior when compared to the DB11 and Vanquish, its true USP lies in the potent power delivery that isn’t hindered by an extra pair of seats and doors. 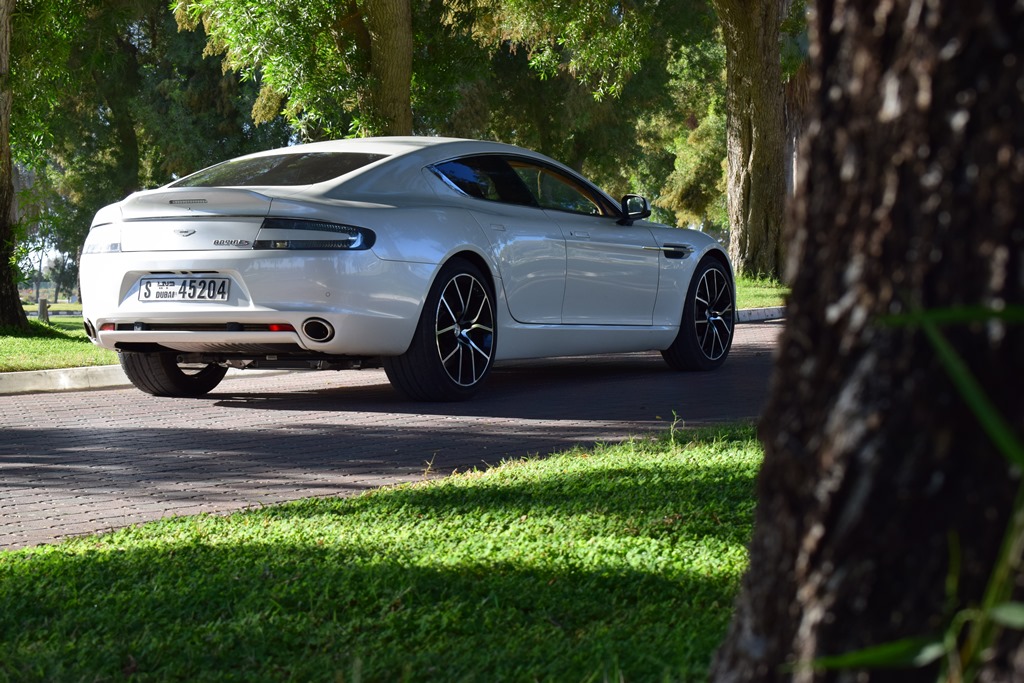 Likely to appeal to those who possess a need for speed, the Rapide S is exquisite in every sense. From perfection in every stitch, nut and bolt, it’s one of the finest on offer, and thus, its eye-widening AED 825,000 price tag seems justified.

- Entertainment tech could use an upgrade

Mansory works its magic on the Mercedes Benz G Wagen