An overview of the Suzuki Grand Vitara 2019

The Suzuki Grand Vitara came into the picture during the late ‘90s, more specifically, in 1998. Unlike its sibling – the Vitara, the Grand Vitara took position in the compact SUV space and as such, was bigger than the former. While the first generation of the Grand Vitara ran until 2005, a new replacement was introduced later the same year. This new iteration, which we see even today, was not only bigger, more powerful and modern, but it also had a more pleasing design.

The second-gen Suzuki Grand Vitara went through a few changes throughout its existence since the mid-2000s. However, now in 2019, this SUV is really starting to show its age. In the UAE, the 2019 Suzuki Grand Vitara is available in 3-door and 5-door forms, and competes with much newer cars. These include the Kia Sportage, Honda CR-V, and to some extent, even the Toyota RAV4.

Despite some efforts to keep it looking fresh, the 2019 Suzuki Grand Vitara still looks outdated in terms of its design. Yes, it does have that traditional boxy SUV shape which many buyers love. But, its bland exterior has next to zero pazazz and lacks that certain style quotient to make it truly stand out. That said, if anonymity is what you’re after, I think the Grand Vitara will suit you just fine.

The front fascia has a chrome bar under the grille, chunky bumper with an integrated skid plate and fog lamps, and a pretty straightforward headlamp design. The side profile comes across as practical but boring, though the high ground clearance, muscular fenders, and the 10-spoke, 17-inch alloy wheels gives the Grand Vitara some presence and a confident stance. The utilitarian design continues to the back as well where we find a tailgate-mounted spare wheel, and a vertically-arranged taillight cluster. 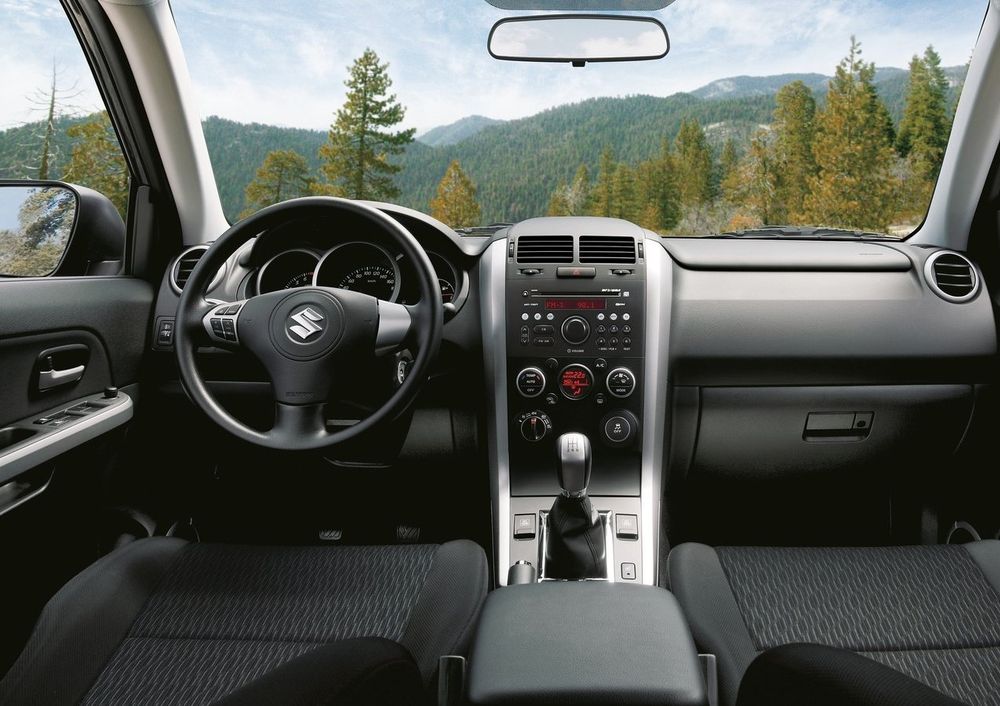 The interior design of the 2019 Suzuki Grand Vitara is almost like its exterior – practical but boring. Everything works as it should and the build is strong in most places. However, there are loads of cheap, scratchy plastic, plus the materials are definitely not top shelf stuff. Having said that, there’s not only enough room for 5 passengers, but the large windows and high roof makes this cabin feel open and airy.

Both, the 3-door and 5-door versions of the 2019 Suzuki Grand Vitara are powered by a 2.4-liter four-cylinder engine. In the latter, this unit puts out 167 hp and 227 Nm of torque, while the numbers for the 3-door Vitara is slightly less. However, the 4-speed automatic transmission and an all-time 4WD system remain the same in both. The Grand Vitara can hit a top whack of 175 km/h, and 100 km/h takes 12.0 seconds to reach. Meanwhile, fuel consumption ranges between 9.2-9.6 L/100 km. 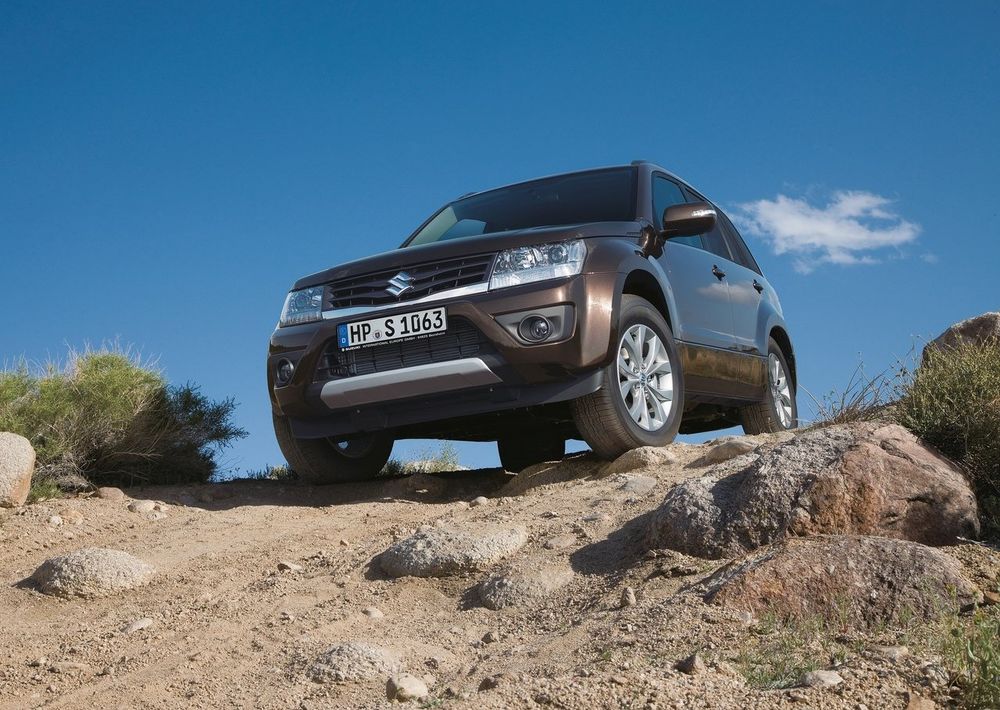