The Q7 had been the marque’s flagship SUV since 2005 until the Q8 which broke cover last year. Since 2005, the only premium seven seater SUV which Audi has on offer is the Q7. It has gained a good reputation far and wide and can be described as the epitome of luxury, comfort and refinement. It has remained the undisputed king of the segment for all these years and now, this second gen gets a facelift. 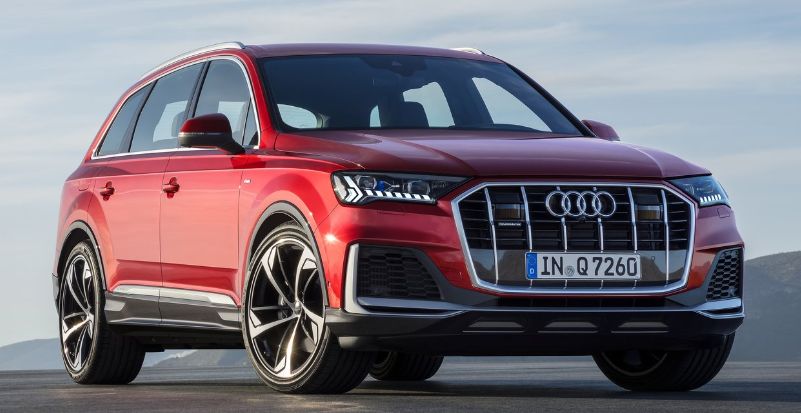 The cosmetic changes made to the Q7 aren’t as refreshing as you’d think. The car still retains its original styling but incorporates some family elements to keep it in unison with other Audi cars. As with most updates, the Q7 gets a revised single frame grille with 6 vertical slats and exposed air intakes. The car also gets new cladding on the bumper. The minor tweaked head lamps witness chiseled LEDs.

When first launched in 2015, the side of the car was heavily criticized as it looked like an estate. With this facelift, Audi has addressed it by providing overly plumped fenders. The rest of its sides remain identical to the pre-facelift model, but the hunkered down stance can still not be forgiven.

Like the A8, the Q7 too gets a chrome strip garnishing almost the entire width of the car and stunning new LED bits giving it a lively look. The dual exhausts and the aluminium cladding on the bumper gives it an unforgiving look. 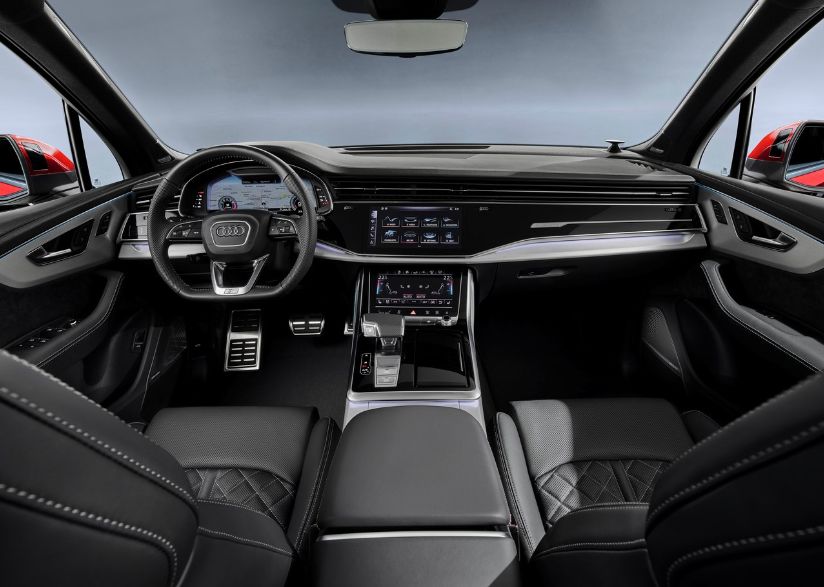 For ages, Audi has been praised for crafting the best interiors and the Q7 is no exception. The interior theme has been carried forward from the new A6 and A8 and that’s a good news. The virtual cockpit system for the instrument cluster shows a variety of functions at one time. It also shows a complete map for navigation. The center console now incorporates the ubiquitous dual screen theme. One shows all the menus for radio, media, telephone, navigation, phone connectivity and car settings while the lower one shows controls for climate control, heating/cooling the seats and AC.

The entire dashboard is enveloped in matte black finish imparting a sumptuous feel. It looks a lot more sophisticated than the simple layout of its ancestors. There are customizable ambient lighting color options adding a wee bit to its sensuous appeal. 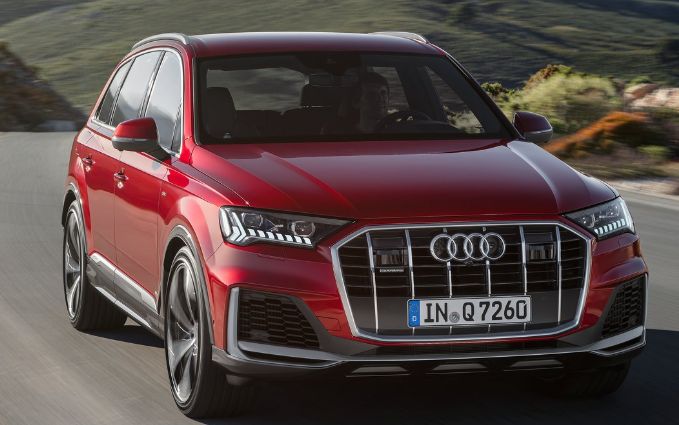 While Audi hasn’t confirmed the engine options for the GCC as yet, we expect the same 2 and 3 liter turbocharged engine options to make their way to the UAE. The 2 liter engine might churn 252 hp and 370 Nm of torque while the latter can be expected to produce 340 hp and 450 Nm of torque shared with the A8. We can expect an 8 speed automatic transmission coupling the powertrain options.

To enlist its rivals, we have the Mercedes-Benz GLS, BMW X5 and X7 and Volvo XC90. The Q7 has always served the best in providing the pinnacle of luxury.

Due to its gorgeous looks, a pleasing cabin, a decent engine lineup and most importantly, being offered as a seven-seater luxe car in the UAE, the Q7 always ticked all the right boxes. It has been at the forefront of offering buyers the very best of luxury and will continue to be; until the new Mercedes-Benz GLS arrives, that is.