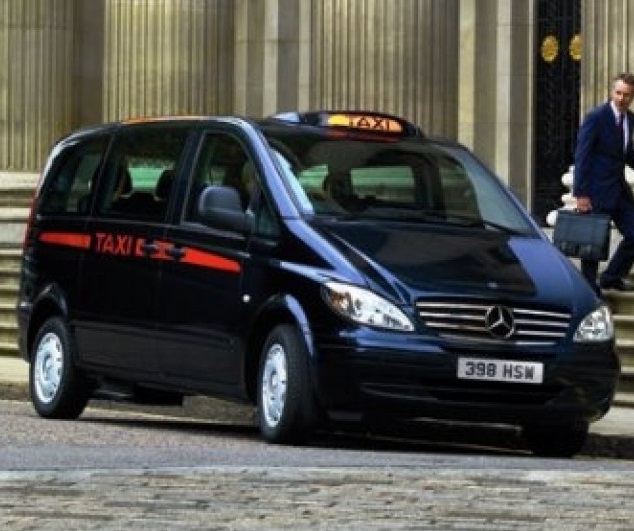 Luxury taxis will be introduced soon at Abu Dhabi International Airport. The Centre for Regulation of Transport by Hire Cars, Abu Dhabi (TransAD) has introduced 200 Mercedes Vitos (shown above) to it's fleet of taxis serving Terminal 1 and 3, as reported in Khaleej Times. In addition, there will be special facilities for the elderly and special needs passengers as well.

What is less commonly known is Mercedes Vito is a product of Eco City Vehicles (ECV), a London based company specializing in eco-friendly taxis for commercial usage. The Vito was developed and launched in June 2008 and is now a leading vehicle of choice for luxury taxis in London. Talks for introducing the Vito in Abu Dhabi were on as early as September 2010. After reaching an agreement with TransAd, the Vito was modified from a right hand to left hand drive system in ECV's manufacturing and assembling facility in Coventry, UK.