A sneak peek at the Renault Megane RS Trophy R

Renault has shown its strong presence in the world of racing apart from being a low-cost reliable automaker. It always had the Clio hot hatch which has been accredited with conquering several titles for itself and the brand. However, in the UAE, little was anybody aware about this till they launched their pocket rocket, the Megane RS at a smashing price and with enormous power output and driver assisting tech. Now, let us walk you through the Megane RS Trophy-R, which claims to have broken many lap records and could be a great machine to add to your garage. 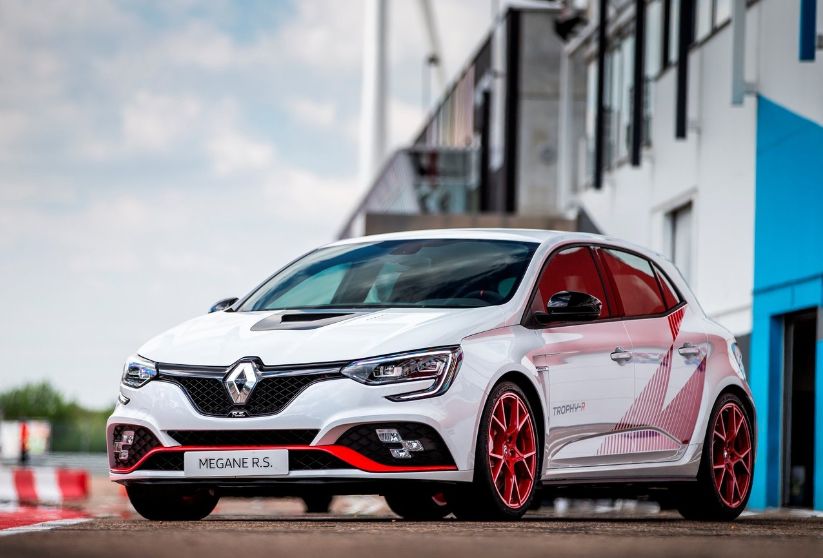 What comes as a terrific surprise the instant you look at it, is that it comes in a 5 door hatchback body style unlike some manufacturers who opt for a 3 door hatch silhouette. This car differentiates itself from the standard Megane RS by incorporating a host of sporty decals on the side. When viewed from the front, it gets carbon fibre covering serving as a hood scoop and nice red treatment on the bumper with Trophy-R marked on it. These are the only visual changes distinguishing it from its sibling. The compact proportions and the low slung stance contribute towards an aggressive appeal.

Renault seems to have worked diligently on shedding as much weight of the car as they can. Aggregately, the car loses 130 kg from the standard RS. This was made possible by removing the second row of seats and including a rollcage for good poise on the track and road.

Being a Renault, the standard design philosophy can be found on this car as well with the head lamp unit inspired by the Captur, a wide grille and sweptback tail lamps. 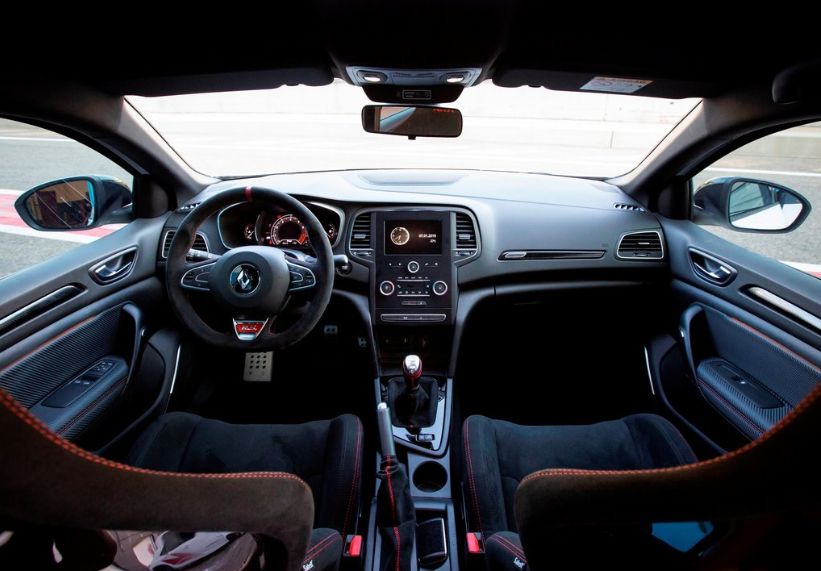 It is the interior where heavy differences arise between the standard Megane RS and the Trophy-R. As mentioned above, to reduce weight, the car eschews the second row seats and incorporates a rollcage for nimbleness. What contributes to the race car feeling is the RECARO seats for firmness while cornering enthusiastically. The infotainment system however, has become a tad smaller but still continues to show all the driver related information with sporty graphics. Adding on to the emotion, there’s alcantara covering on the steering wheel and red stitching on the seats, doors and the gear stick. RS badging on the flat bottomed steering is evident and happens to be a sensuous element.

Features is not a priority with such a beast but there are some noteworthy ones which can leave you enthralled such as instantaneous power and torque harness monitors, dynamic air intake, DESS lithium battery and carbon ceramic brakes. 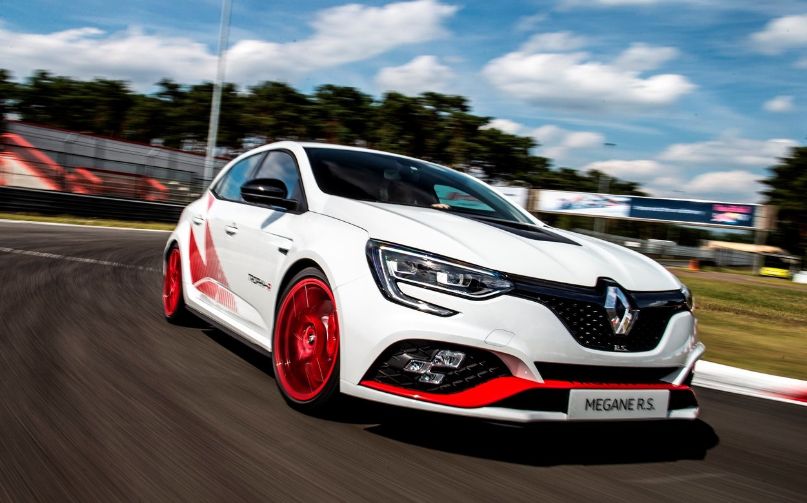 The most imperative bit for a hot hatch has to be its heart which pumps a robust 296 hp and 400 Nm of torque. These figures might be identical to the standard RS trim but thanks to the weight reduction on this car, performance goes notches above and trumps the Honda Civic Type-R’s lap record setting a new record as the fastest front-wheel-drive vehicle around the famed Nürburgring. There has been a huge change made to the mechanicals as a six speed manual transmission complements the car’s brutal performance. The move was taken after considering the extra weight of dual clutch track focused transmissions. The Trophy-R when put to its limits, manages to top out at 260 Km/h and does the naught to 100 km/h sprint in a respectable 5.4 seconds. Such changes should make the Trophy-R an extremely exhilarating track companion. 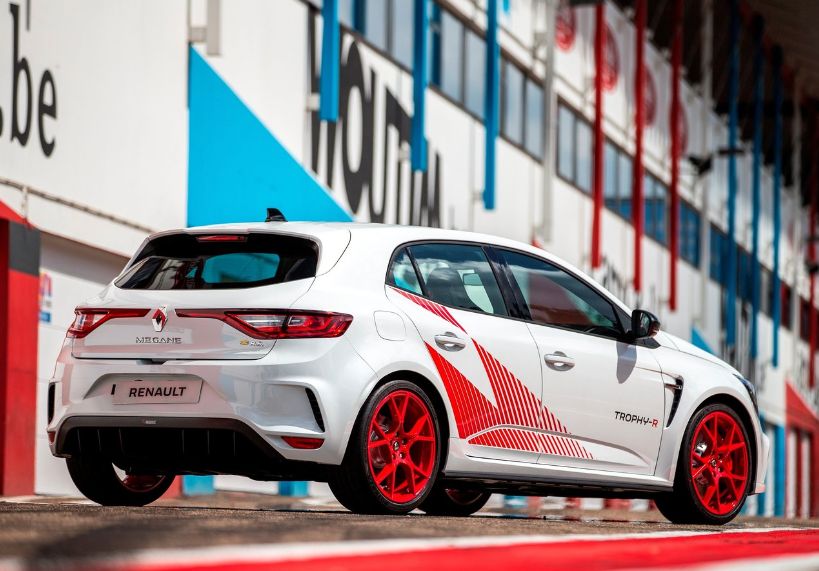 Renault Sport has emerged a winner with this sporty hatch. The standard version was no novice but the Trophy-R just brings the game to a whole new level. Renault wanted to perfect the Megane RS and with this attempt, they have burgeoned. Surpassing the records set by the legendary Civic Type-R, it has already proved its mettle. Renault aims to manufacture 500 units of this brute so if you’re an enthusiast wanting hard-core performance, this is the only time when you can place an order as it wouldn’t struggle to find takers, never.