We all remember the venerable Gallardo supercar that was among the most eminent sports cars of its time. It was the entry level Lamborghini that spanned a decade defying the laws of physics setting up lap times and becoming increasingly enticing with everyday passing. It wouldn’t be wrong to say that it has remained instrumental in building a sound reputation for the Italian brand. However, all good things must come to an end and after aging gracefully, it was succeeded by the Huracan in 2014 as a perfect replacement for its progenitor.

In due time, the nameplate saw several revisions and iterations with the most advanced being the Huracan Performante. While it bettered the standard Huracan and received a lot of fame, there was a conundrum that was confronting Lamborghini. It was simply, what’s next? After spending a lot of time thinking about it, we now have the Huracan Evo, the most spirited supercar from the Huracan rangeland. The car goes up against the Ferrari Portofino and the Aston Martin Vantage. 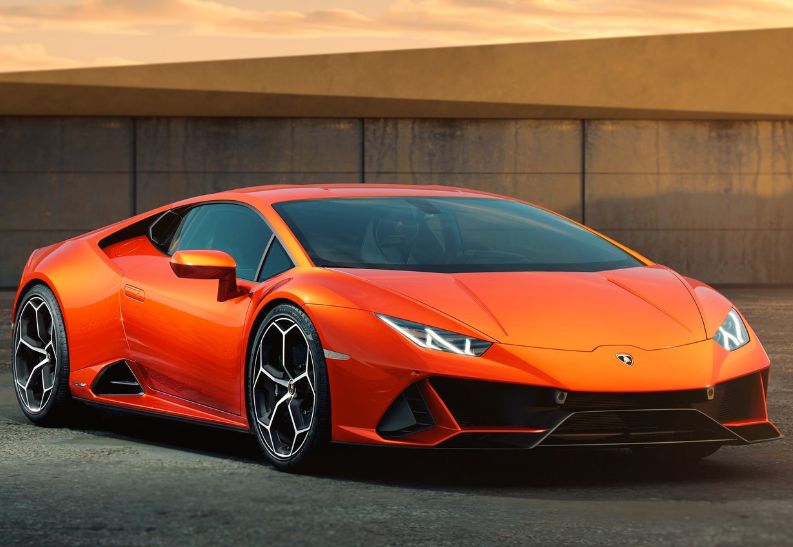 As with every supercar update, things just witness a subtle change and that’s because these cars are already designed perfectly keeping in mind aerodynamics and secondly, they have to remain true to the brand’s heritage. Likewise, the Huracan Evo receives sparse embellishments to mark the differences with the Performante version. In fact, it almost retains the visage of the Performante. The only difference is the low slung stance of the car for an increased downforce.

Some details include smashing, trapezoidal headlights with several LEDs conjoined with each other, a massive bumper housing enormous air intakes and two tiny creases on the contoured hood.

From the side, the bull looks imposing enough and one will find himself ogling at it. The fenders are superciliously thick. The gigantic air intakes on the side and just behind the doors also add to its angry look. Impressively, there’s the incorporation of just one flat crease along the side profile merging with the boot.

The rear is defined by a large glass area under which sits the well-received 5.2 liter V10 naturally aspirated engine. What distinguishes it from the Performante is the entire rear realm outlined with matte-black garnishing- on the bumper and on the diffuser. Also, the spoiler protrudes outwards in the Evo. However, we would wish for a proper full-sized spoiler which would make it look more appealing. 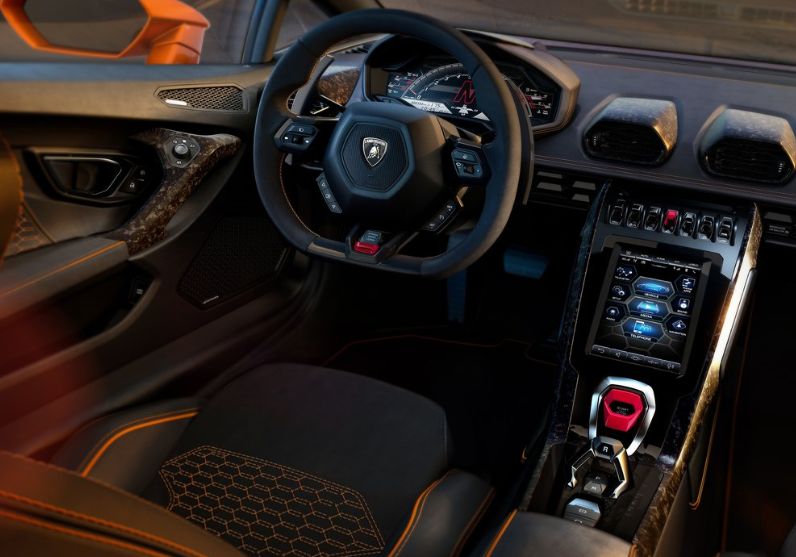 The interior of the Evo exudes the Italian flair and that is noticed in the layout following a functionality over style theme. Needless to say, the instrument cluster is all digital that, apart from the usual things, provides the settings for the drive modes and navigation, in case you really need it. The flat-bottomed steering wheel is crisp and a unique touch is a red knob showing Strada, Sport and Corsa modes.

Ubiquitous with all Lamborghinis, the center console packs in a barrage of toggle switches for the hazard light, traction control, etc. The more essential functions can be accessed via a touchscreen interface showing navigation, sound, radio, media, telephone settings and functions to rejig the suspension settings of the car. What’s unique is the placement of the engine start/stop button nicely tucked underneath a red lever for safety. 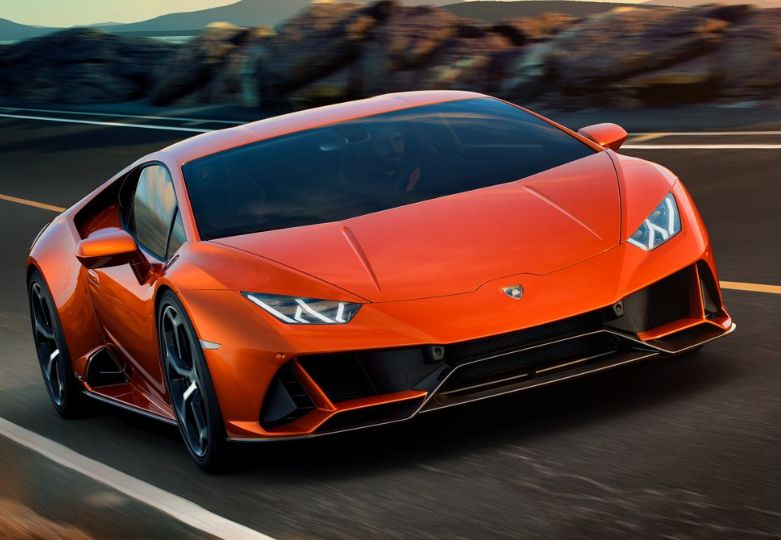 Powering the beast is a 5.2 liter V10 naturally aspirated motor churning out a thunderous 640 hp and 600 Nm of torque. This engine is mated to a 7 speed dual clutch ratchet capable of a 0-100 Km/h time of 2.9 seconds and a top whack of 325 Km/h. The weight of the car is carried by 20” Giano casted wheels.

The Lamborghini Huracan Evo is a beautifully engineered beast and there is no two ways about it. It is worthy of the Lamborghini emblem but there’s a reality check. For most buyers, buying the echelon of the range wouldn’t matter as its lower variants are mighty enough for spreading a gleam on their face for the occasional racetrack ventures. It might be the connoisseur in the Huracan range but the question is, is it worth the extra bunch of money (over AED 1.4 million) when it gets almost no changes to its design or mechanicals and the lower variants are sufficing enough? An emphatic, No!