A brief overview of the Chery Tiggo 7 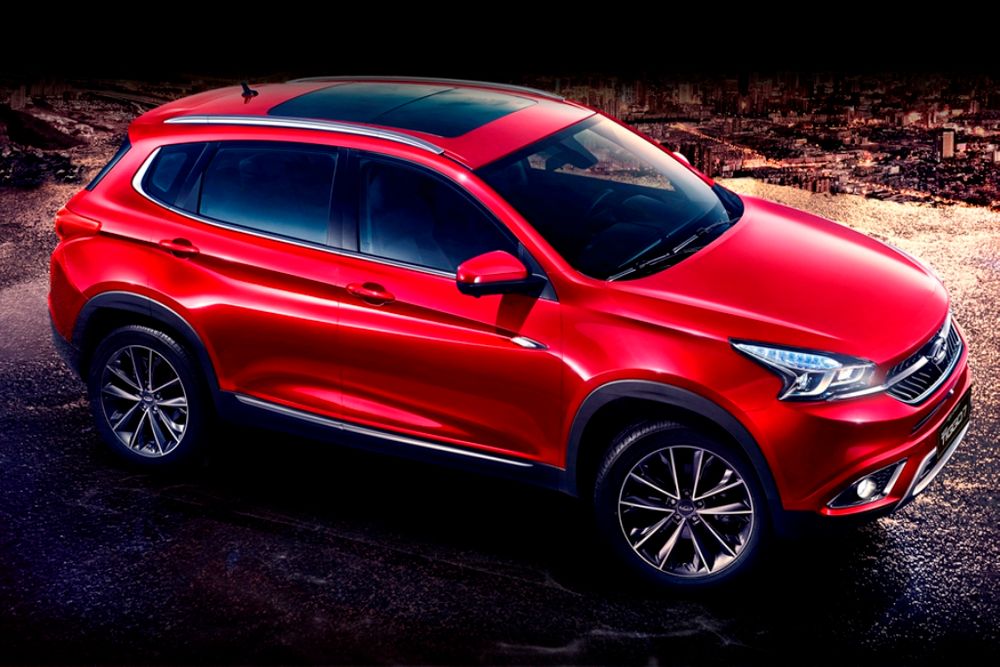 The Chery Tiggo 7 falls under the ever-growing and burgeoning class of passenger vehicles known as Compact Crossover SUVs. As we all know, these “soft-roaders” are not designed to tackle the toughest and harshest situations and terrain that Mother Nature and poor infrastructure planning can throw at them. Their primary objective has always been to cater to the urban masses that want a car that possess all the high-riding, tough-looking, and the ‘goes anywhere’ demeanor of an actual 4x4, but without any of the hassles that might come along with owning the real deal. In spite of their almost non-existent off-road prowess, compact crossovers have quite literally taken over the automotive landscape, and people can’t seem to get enough of them. Obviously, this means that carmakers from all over the world keep pushing out more and more of these -- some of newest members hailing from the People's Republic of China.

Chery has been around for around fifteen years or so at this point, and in the United Arab Emirates, it sells around six different models -- including up to three crossover SUVs. The largest and most expensive of which is the company’s flagship offering, the Tiggo 7. The Chery Tiggo 7 came into being in 2016, and competes with contenders such as the Honda CR-V, Hyundai Tucson, Kia Sportage, and even the Toyota RAV4. 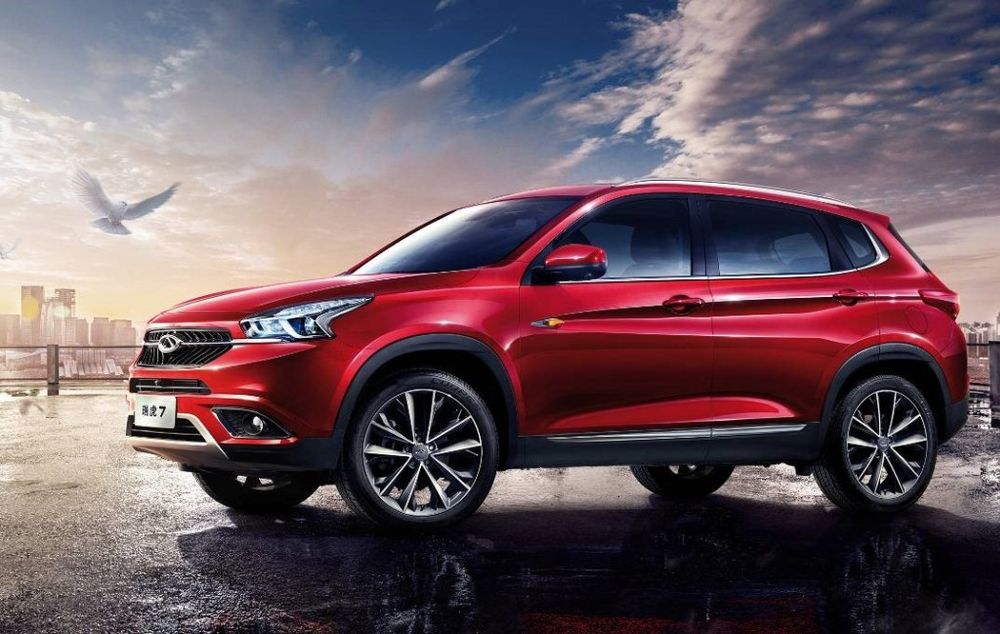 Unlike some of its lesser siblings in the Chery family tree, the design of the Tiggo 7 is actually quite contemporary and you could even call it attractive. It has some really crisp bodyline, sculpted contours, bold styling cues, and a pretty convincing and dynamic crossover SUV stance and poise. Of course, viewed from certain angles, one could see some design “inspiration” taken from some other crossovers that have come before it; but I don’t necessarily view that as a bad thing. It means that the Chery Tiggo 7 passes muster as far as its exterior styling goes. The swanky headlamps get distinctive LED DRLs, smart-looking front grille with a striking chrome strip, taut hood, neatly-sculpted front bumper, along with a sporty lower-bumper portion that features stylish fog lamp housings and a faux skid plate. 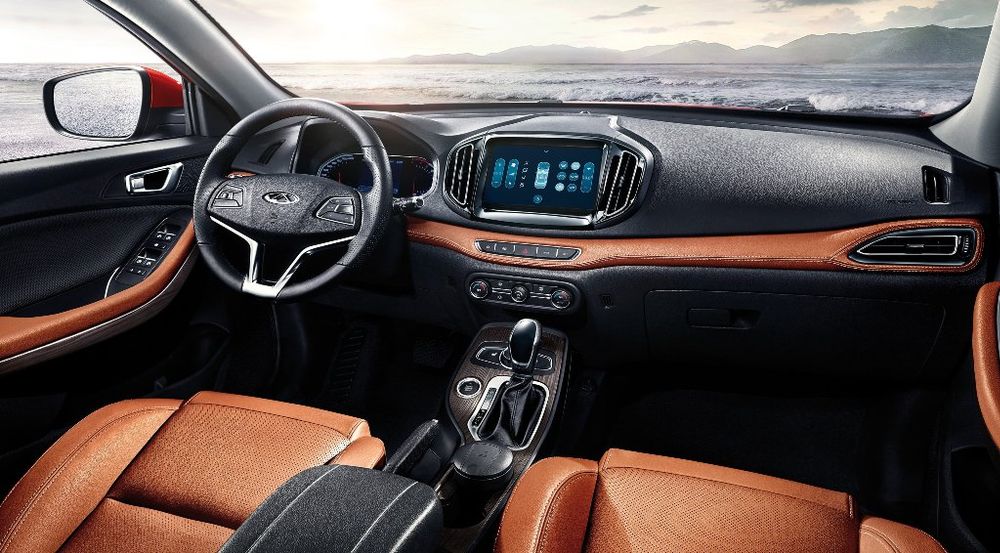 As far as design aesthetics and modern styling goes, the interior of the Chery Tiggo 7 looks bang up-to-date and with its myriad of different textures, finishes and colors, perceived quality also isn’t lacking. There are also several soft-touch surfaces, while the layout of the part-digital instrument cluster, contoured dashboard, 9-inch touchscreen, and various controls and buttons all seem orderly, too. However, given the price, don’t be surprised to find several tacky plasticky bits of trim strewn across this cabin -- it’s to be expected. 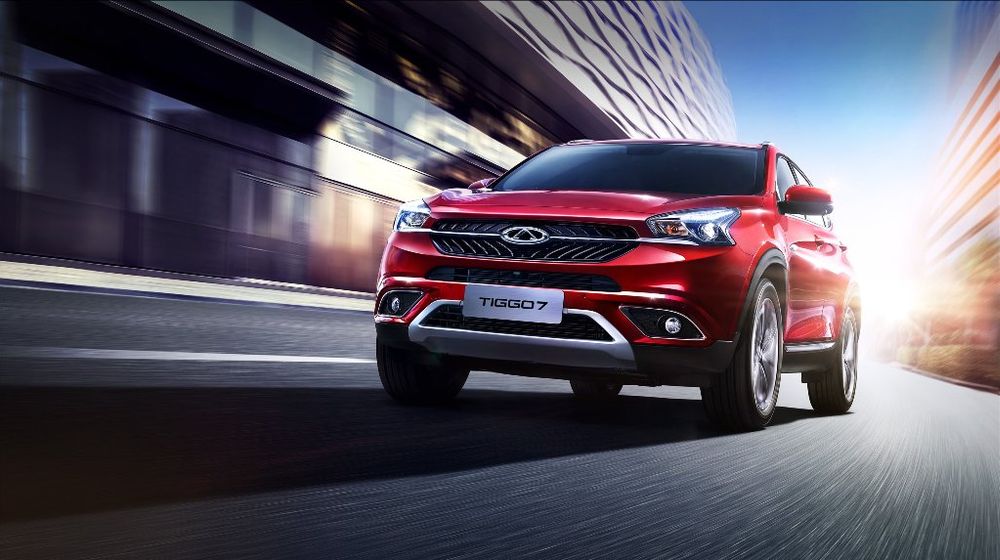 The Tiggo 7 can be had with either a 2.0-liter N/A four-popper or a more powerful 1.5-liter turbocharged motor; both are front-wheel spinners, though the former is equipped with a standard CVT, while the turbo-four gets a modern 6-speed dual-clutch transmission. This unit produces 145hp and 210Nm of twist, and can send the Tiggo 7 to 100 km/h in 10.5 seconds. Top speed isn’t too high, just around 165 km/h. 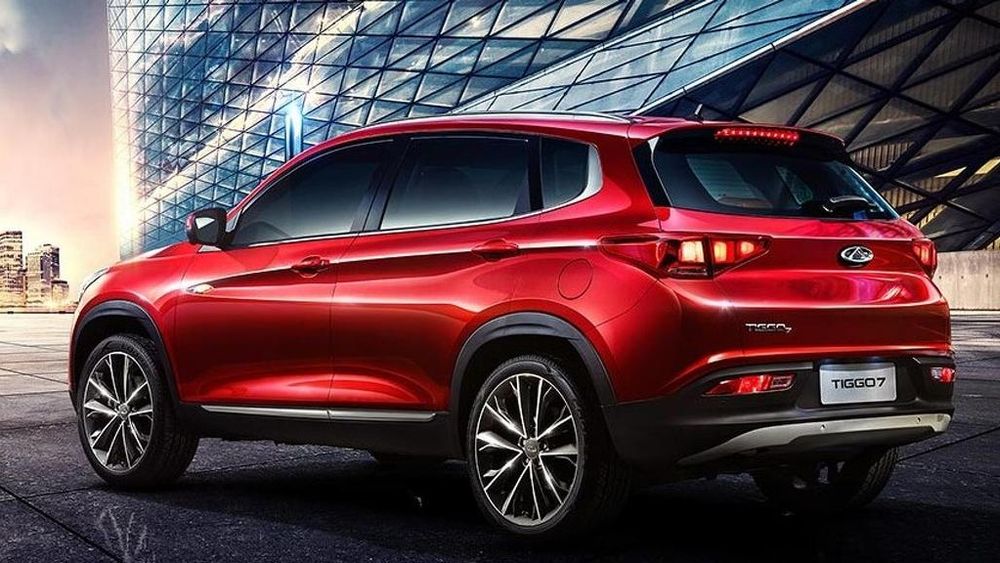