A brief glimpse at the Ford Mustang 2019

Muscle cars are some of the most intoxicating and fun cars on the market. They tend to have a massive fan following and loyal customer base. However, if there is one car that holds the credit for the first to ignite the spark and create a whole new class of vehicles i.e. “Pony cars”, it would be none other than the evergreen Ford Mustang.

The Ford Mustang was unleashed onto the car scene back in 1964, and it soon became a raging success story for the blue oval, worldwide. Today, the 2019 Ford Mustang represents the sixth generation of this uber-popular muscle car. Just as before, the new Ford Mustang continues to be available in hardtop coupe and convertible avatars. The Mustang’s main competitors in the region are the Chevrolet Camaro, Dodge Challenger, Infiniti Q60, and Lexus RC.

As times have passed, the Ford Mustang too has kept evolving and now looks every bit as new as it did when it first came out in 1964. Though featuring a more aerodynamic and sleek design than earlier, the new Mustang convincingly projects its muscle car appeal without much effort. The aggressive-looking front gets a buff, bulging hood with vents, large open mouth grille and air intakes, sleek headlamps with triple-LED DRLs, and a functional air splitter.

The taut side profile reveals the flared fenders, crisp contours and character lines, striking 18-inch rims, and the sloping coupe/fastback roofline. Around the back, the wide rear haunches, distinct boot with a bootlid spoiler, contemporary triple-LED taillights, rear air diffuser, and twin-pipe exhausts all combine to further propagate the 2019 Ford Mustang’s muscle car stance and appeal. 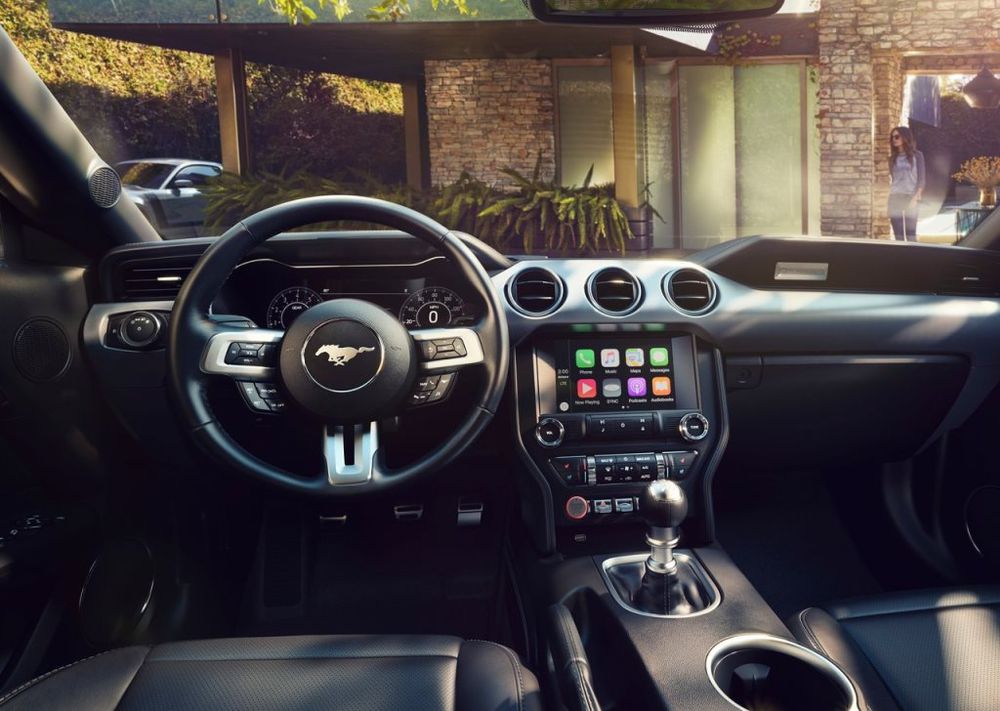 The interior design has been drastically improved over the years and various generations of the Ford Mustang. The fit and finish and material quality are much better than before, and most of the plastics are not too bad. Plus, the use of various trim pieces throughout has helped alleviate some of the dreary bits, though this is by no means a very luxurious cabin.

Space for two at the front is excellent, but the rear seats are tiny and almost unusable. The overall interior layout and design may not be the best in the business, but Ford has kitted the new Mustang with automatic headlights, cruise control, leather seating, keyless-entry with push-button ignition, ambient lighting, automatic climate control, parking sensors with camera, and a touch-infotainment screen with navigation. The 2019 Ford Mustang is equipped with various safety measures such as multiple airbags, ABS, EBD, brake assist, electronic stability and traction control, and even ISOFIX anchor points, among others.

The new Mustang can be optioned with either a manual or automatic gearbox, but the driven wheels remain at the rear. The mighty Shelby is capable of hurtling to 100 km/h in 3.9 seconds and can go on up to 270 km/h. Meanwhile, fuel consumption figures for these ponies range between 9.5-14.7L/100 km. 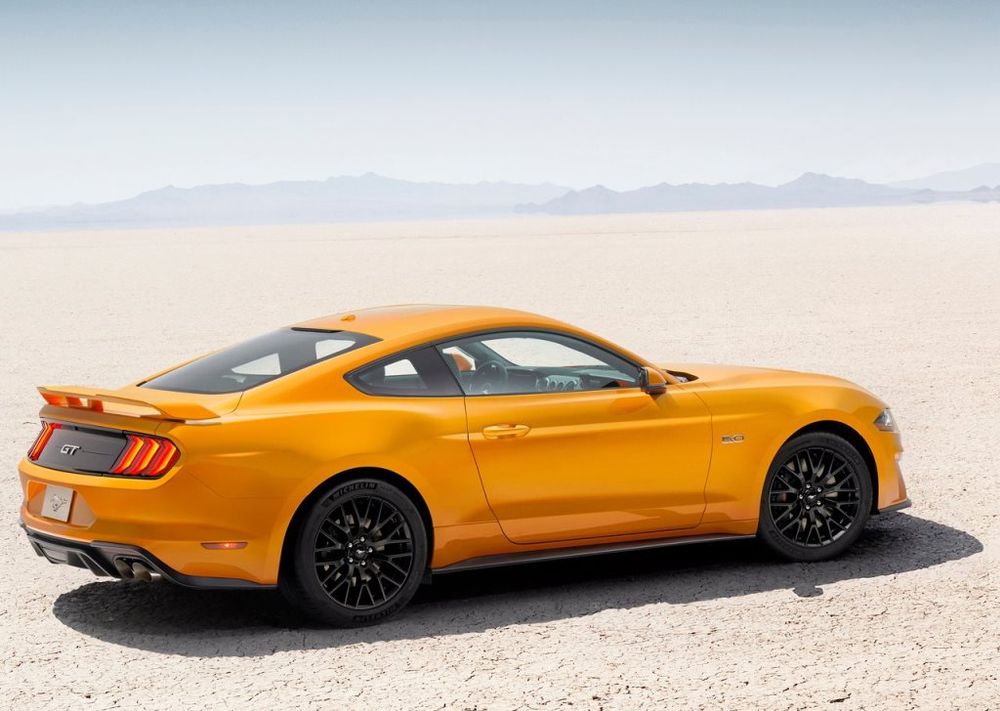