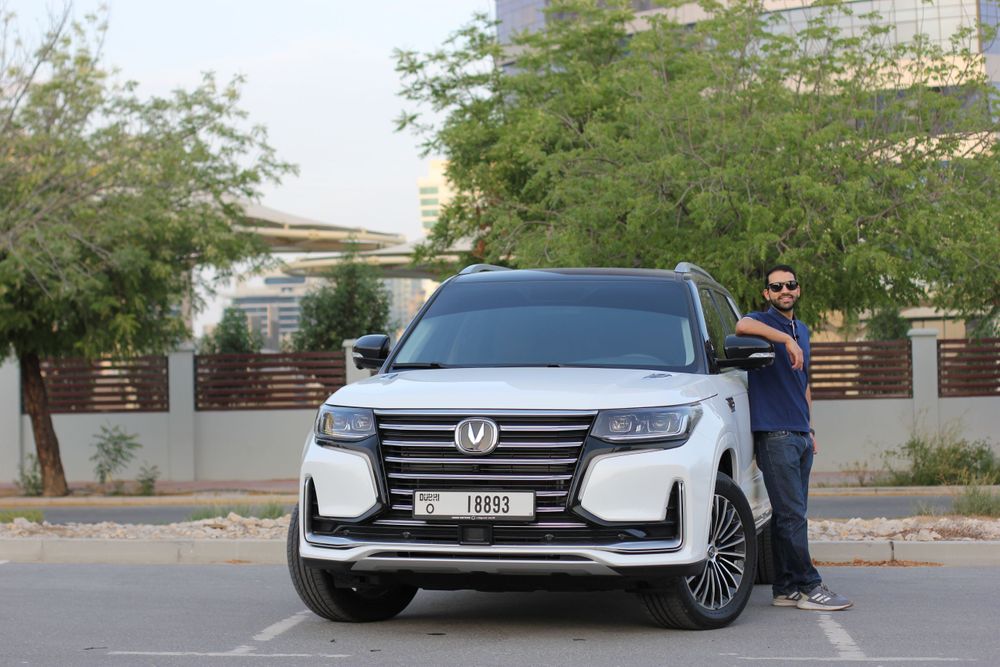 This is the Changan CS95, a 7-seater Chinese SUV that costs 136,500 Dirhams, and by the end of this review, I am going to try and prove why it offers one of the best (if not the best) value for money propositions in its segment. Let’s get started. 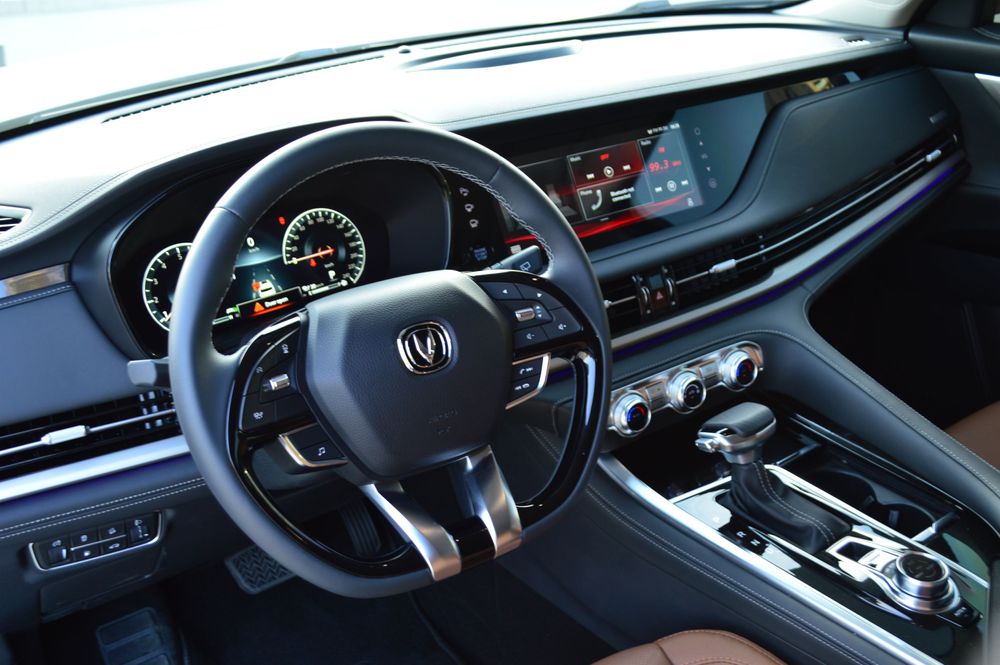 Now some of you may remember that we drove the Changan CS85, a smaller model a few months ago, and in that review, I said that it was one of the best Chinese cars I had ever driven. Driving this CS95 now proves that it wasn’t just a stroke of luck, but that the men and women behind the brand truly do know how to make a high-quality vehicle.

The CS95 is the biggest and most expensive Changan model currently on sale and to support its size and weight, it has been fitted with a 2.0-liter turbocharged engine that puts out 233 horsepower and 360 Nm of torque. I know, it doesn’t sound like a lot, but believe me when I say that is more than you will ever need driving around town.

Part of what makes the drive so comfortable and enjoyable is the 6-speed automatic transmission that has been built by Japanese company AISIN. For some of you, that name may ring a bell that is because it is one of the world’s leading transmission manufacturers building gearboxes for cars like the Audi Q7, Lexus LS, and Porsche Cayenne,  amongst many, many others. 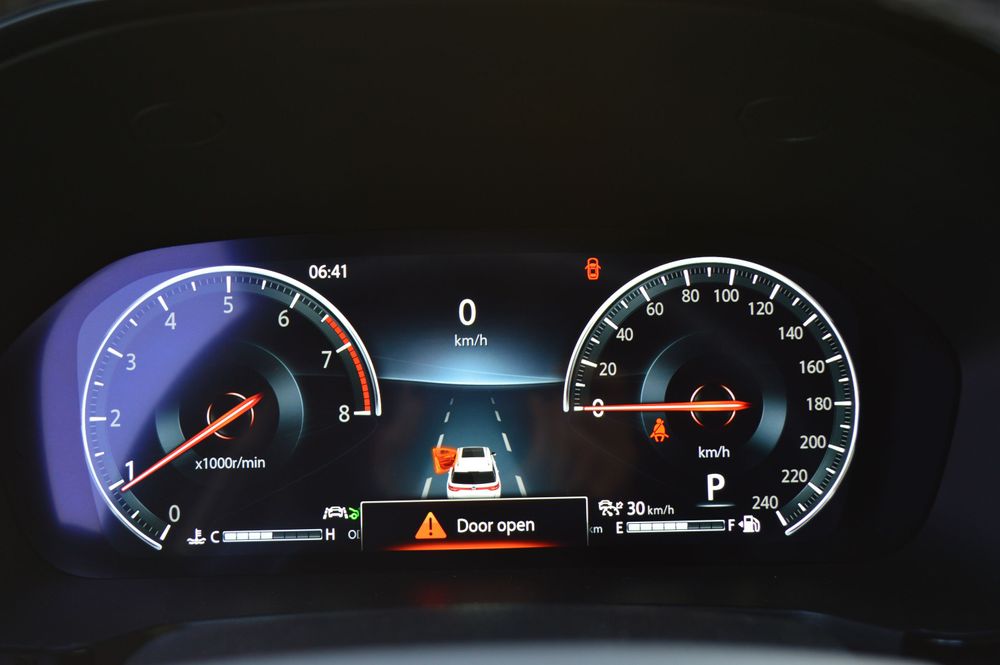 Out on the road, it doesn’t take long to notice how well tuned the suspension on the CS95 is. It’s soft and comfortable but it isn’t floaty. What I mean by that is even though it is a big car, nearly as long as the Ford Explorer or Nissan Pathfinder, the handling characteristics are a lot better. In addition to a Sport, Eco, and Snow mode, the CS95 is also fitted with an Auto mode that analyzes road conditions and automatically sends power to all four wheels as it deems appropriate.

Before moving on and telling you more about the interior and features, I just want to say that I have driven many, many Chinese cars over the past few years and so I simply cannot emphasize enough how much better this car is to drive compared to everything else out there in the market. If you are on the fence or perhaps a little pessimistic, I would really urge you to head down to your nearest Changan showroom and test drive the CS95, because within 10 to 15 minutes (and trust me that is all you will need) to realize why I say this car’s true competitors aren’t other Chinese SUVs but instead cars that cost twice as much. 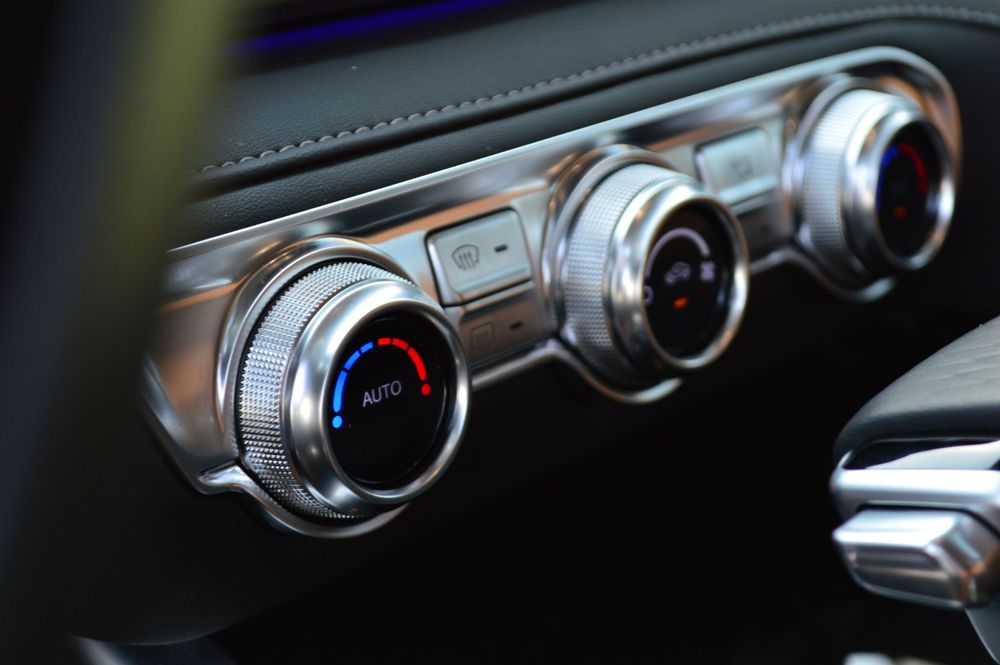 From the way it looks to the way it feels, the build quality and design are absolutely exceptional. There is brown leather on the seats, with contrasting black leather on the dashboard, door panels, and center console. There are also piano black and brushed metal trims all around the cabin, but don’t be impressed so quickly because there is a lot more.

The minimal design is complemented by a digital instrument cluster display that is extremely high-res and a 12.3-inch infotainment screen that is equally crisp and clear. What I do love about the infotainment screen, however, is how well it has been integrated into the overall design of the dashboard. With the car switched off, the screen and the buttons around it all become invisible, making it seem like nothing more than a large glass panel. 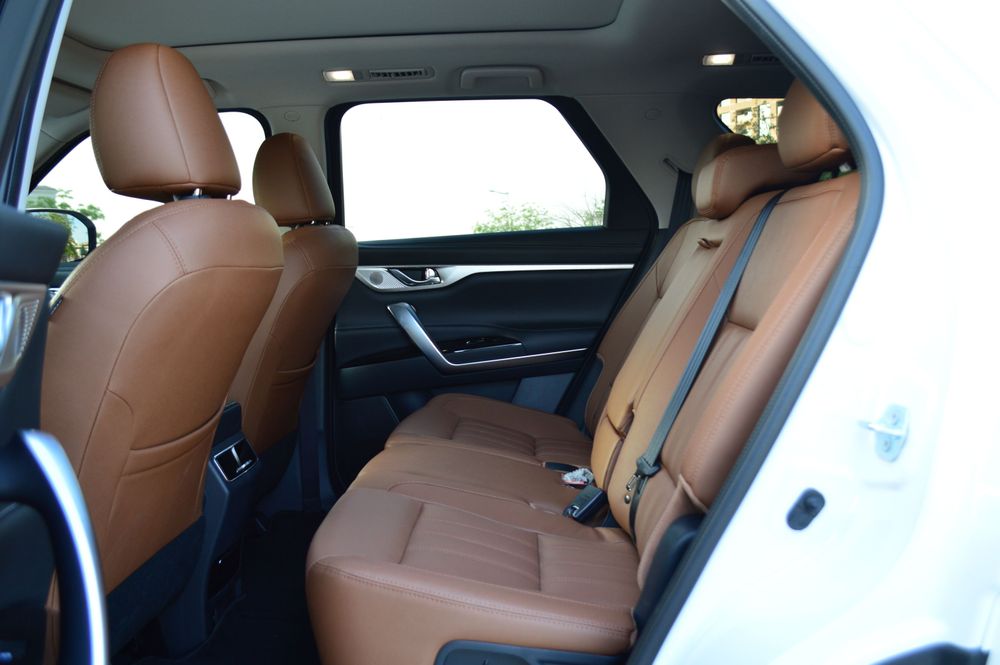 Space in the second row is better than expected with enough room to carry three adults comfortably. To make the trip as comfortable as possible, there is also a USB charger and separate AC controls from those in the front. 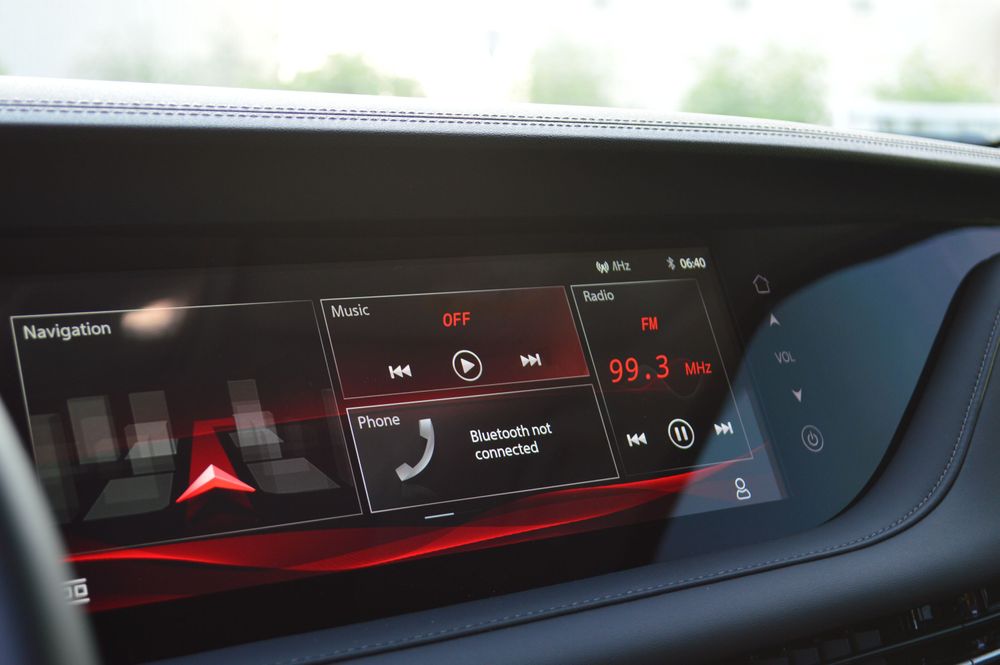 When it comes to features, the Changan CS95 is as well equipped as you would imagine. The seats are power-adjustable; they are also ventilated and massaged. There is a panoramic roof, a 10-speaker Pioneer audio system, a 360-degree camera system with one of the sharpest resolutions I’ve ever seen in a car, and a wireless phone charger that is beautifully integrated into the center armrest.

On the safety side of things, there are airbags, parking sensors, and all the usual safety aids you would want in a car, but also a brilliant adaptive cruise control system, blind-spot monitoring, lane departure alert, rear cross-traffic alert, and automated brake assist which work brilliantly together and make cruising down a highway effortless and comfortable. 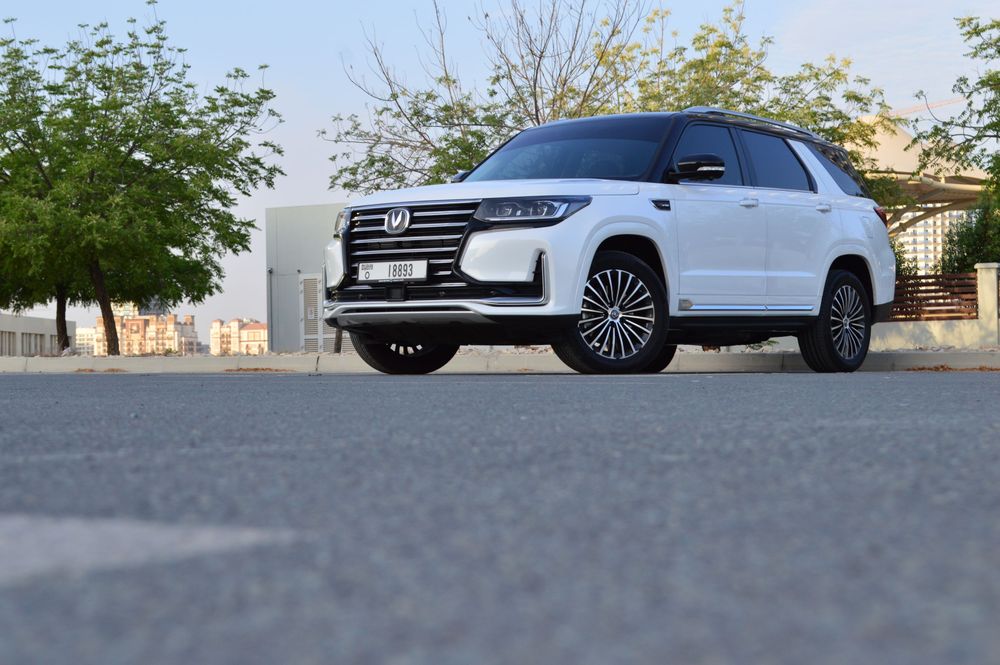 While it does bear resemblance to many other cars, it still looks very good. The proportions are perfect. It doesn’t look too bulky or too tiny. It looks luxurious, it looks classy, and I have a very good feeling that is exactly what the designers were going for. 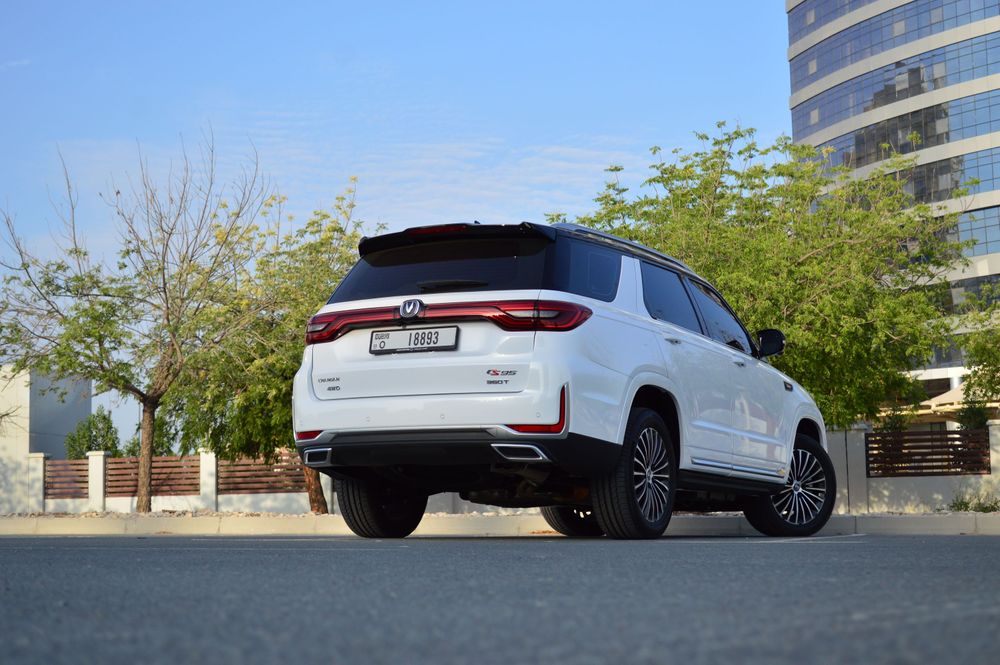 At just 136,500 Dirhams, you can drive home a brand new Changan CS95 with a 5-year/150,000-kilometer warranty in the UAE. The question is, should you? In my opinion, you definitely should because the CS95 offers phenomenal value for money and does so many things right that even far more expensive models from far more established manufacturers can take note a learn a few things from it.