The car you see is the 2021 MG ZS Turbo – the smallest and newest SUV in the brand’s line-up and a rival to cars such as the GAC GS3, Haval H2, and Honda HR-V. Since we are the first people in the country to drive this very special car, let us not waste any more time and jump right into the review. 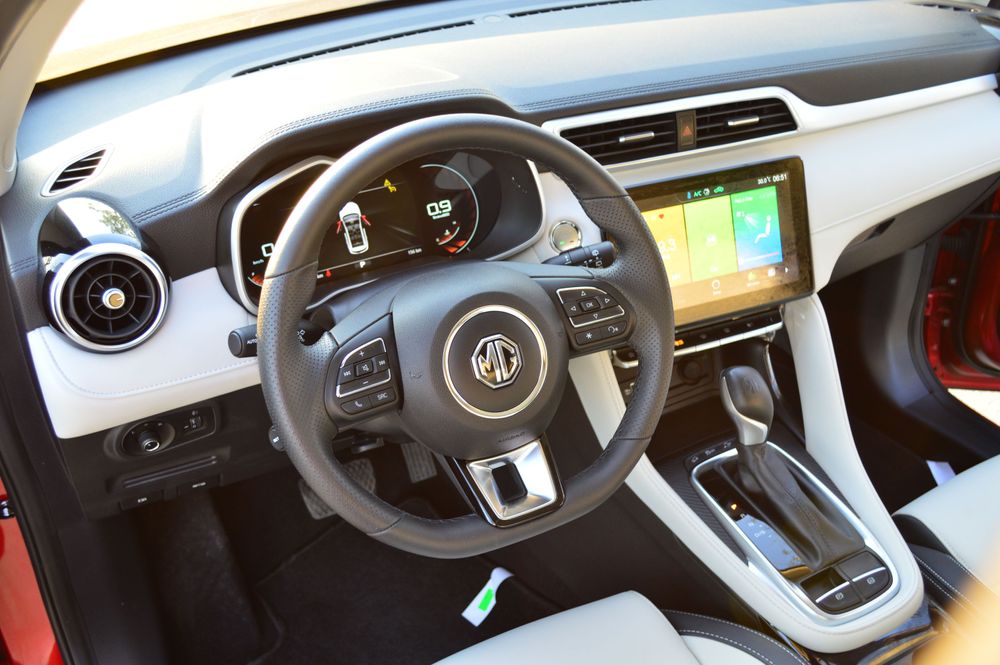 Powering the MG ZS Turbo is a 1.3-liter 3-cylinder turbo that puts out 160 horsepower and 230 Nm of torque. Those of you who are familiar with the ZS will know that the pre-facelift model was equipped with a 1.5-liter engine but don’t be fooled because although this new engine is smaller, it produces 40 horsepower and 80 Nm of torque more, making it significantly more powerful than the outgoing model.

Despite the boost in power, the ZS’ focus is very much on fuel efficiency and so, it pushes its power to the front wheels through a 6-speed automatic transmission and is claimed to return up to 16.5 kilometers on a single liter of petrol. To add a pinch of excitement to the drive, there are 3 steering modes that can be selected from the infotainment screen – Urban, Dynamic, and Normal – with each of them varying the weight of the steering for either a sportier or more comfortable drive. 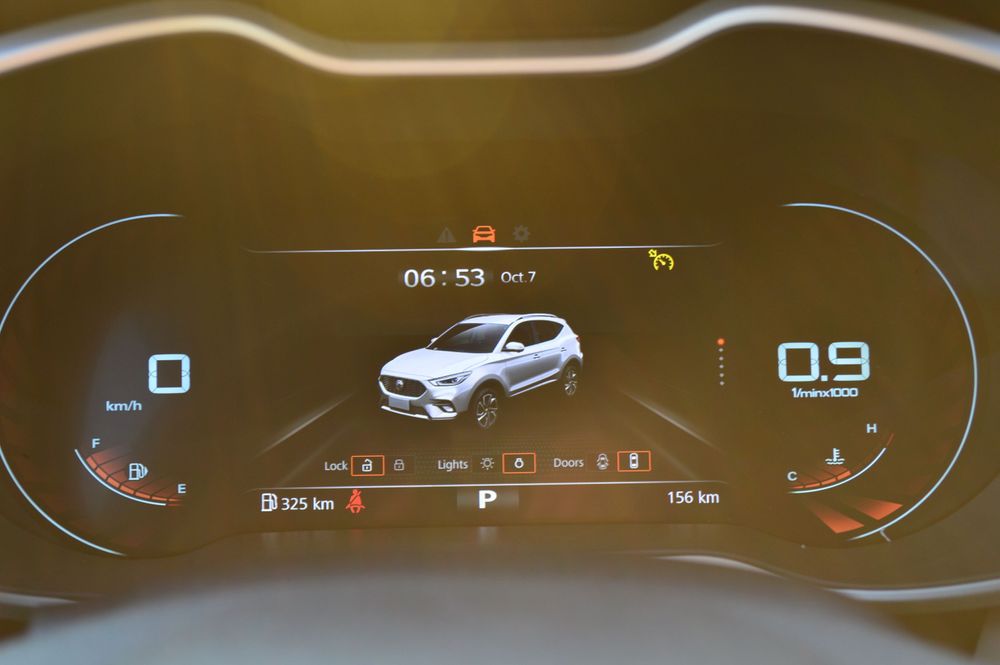 In terms of driving aids, the ZS Turbo is equipped with far more tech than its rivals, including Hill Descent Control, Cruise Control, Blind Spot Monitoring, Lane Change Assist, and Rear Cross-Traffic Alert. Speaking of its rivals, the sound insulation in the ZS doesn’t seem to match that of its rivals. There is a lot more engine, road, and wind noise, seeping into the cabin than one would expect. 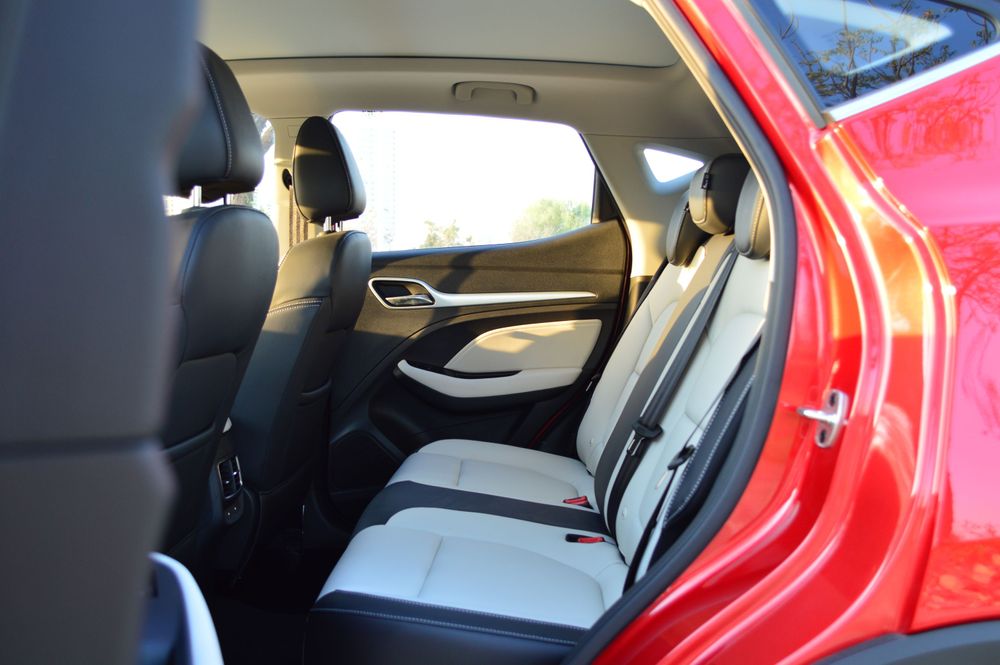 Balancing sportiness with affordable luxury, the cabin is finished in a combination of beige and black leather; there is a flat-bottom steering wheel, as well as some faux carbon fiber along the center console. Like all other MGs, the quality is impressive with plenty of soft-touch materials covering most of the cabin.

To remind you that you are seated in the facelifted version of the ZS, there is a subtle reminder in the cup holders, as well as a new 10.1-inch infotainment screen, and a new fully digital instrument cluster display that is highly customizable and capable of showing a variety of information.

Space in the back is in line with the competition and there is a comfortable amount of both headroom and legroom. Although there are no cup holders, there are A/C vents and two USB charging outlets. 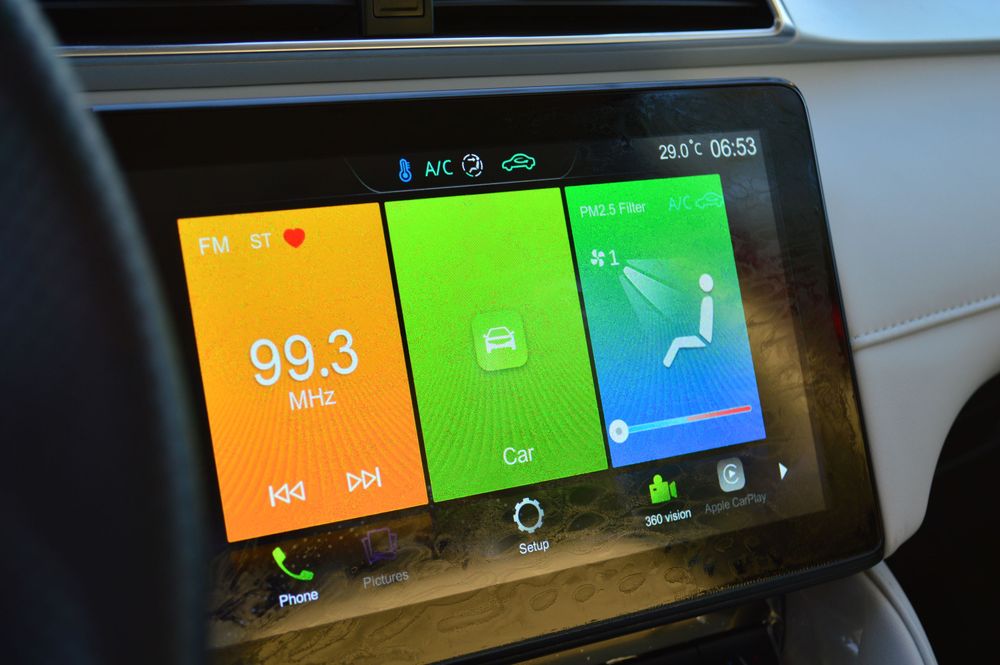 When it comes to the features, MG hasn’t held back and so it is in this department that the ZS outshines its more expensive rivals. To name a few of its most notable features, the ZS is equipped with a panoramic roof, 360-degree surround-view cameras that let you choose between 2D and 3D views, Apple CarPlay, steering audio controls, seat heaters, and a tire pressure monitoring system, amongst many, many more. 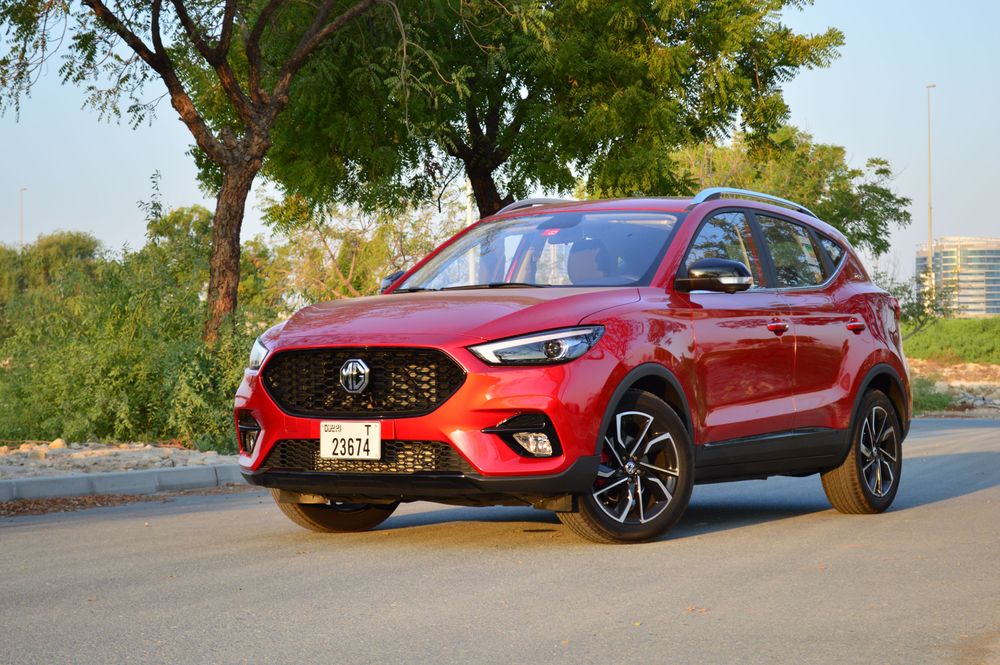 From a design standpoint, the ZS has always been one of the best-looking models in the brand’s line-up and it continues to be following its facelift. In the front, there is a new grille, a new set of LED headlamps integrated with LED daytime running lights, and a new bumper with black fog lamp housings to contrast the fantastic red color.

Along the sides, there is a new set of 17-inch alloy wheels that hide red brake calipers behind them, but it is the rear that brings it all together. There is a new set of LED tail lamps, a new bumper, and a new diffuser that gives you the impression of a dual exhaust system. Boot space is quite impressive with two loading levels, cubby holes on both sides, and a shade to keep the harsh sun away. 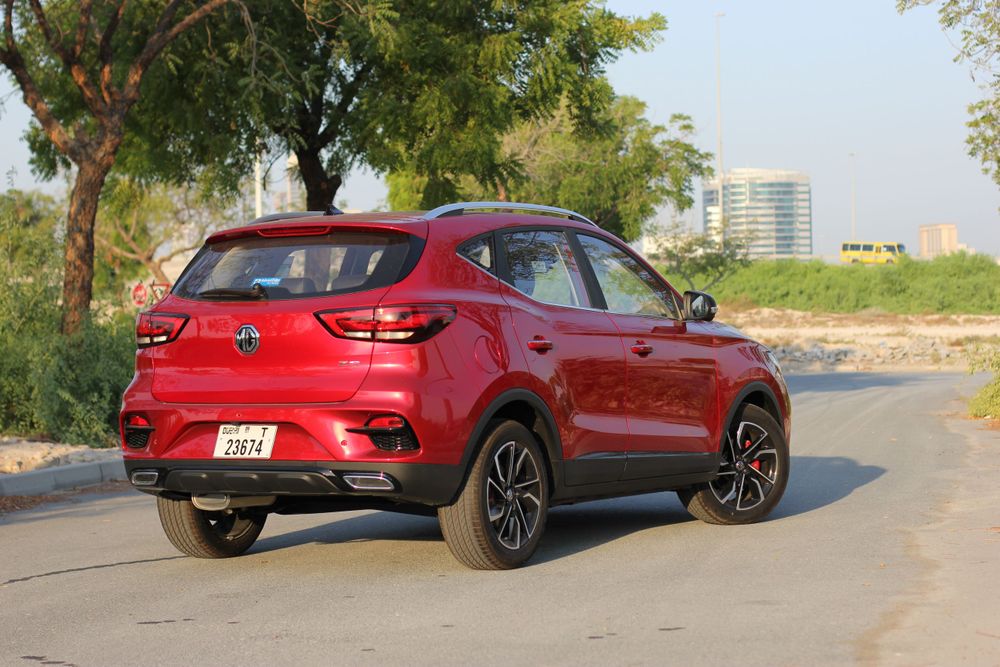 At 61,000 Dirhams, the MG ZS Turbo fits neatly between the more affordable Haval H2 and the pricier Honda HR-V. Offering the best of both worlds, the MG ZS brings the affordability of its Chinese rivals with the quality and features of its Japanese counterparts. So the big question is which one would you have? Once you do decide, check out the best car insurance quotes at InsuranceMarket.ae™.