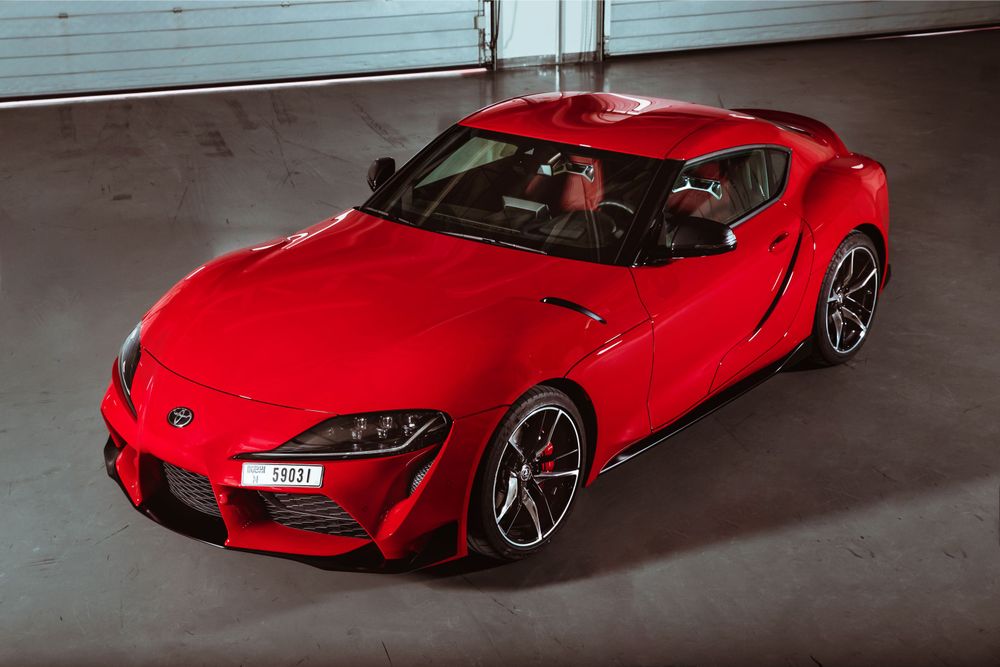 The Toyota Supra, the Japanese brand’s halo sportscar, has been capturing headlines across the world for a few months now. Ending its seventeen-year hiatus, the all-new model has a lot riding on its shoulders and to experience it firsthand, Al Futtaim Toyota invited us to drive it at the Yas Marina Circuit in Abu Dhabi.

After a short press conference that was attended by drift champions Ahmad Al Ameri and Ahmad Daham, we were directed towards the main circuit where we would be given the opportunity to drive three laps in convoy and experience three more from the passenger seat. With the Supra being a highly regarded nameplate in enthusiast circles, expectations were high, and it seems to have delivered, for the most part at least. 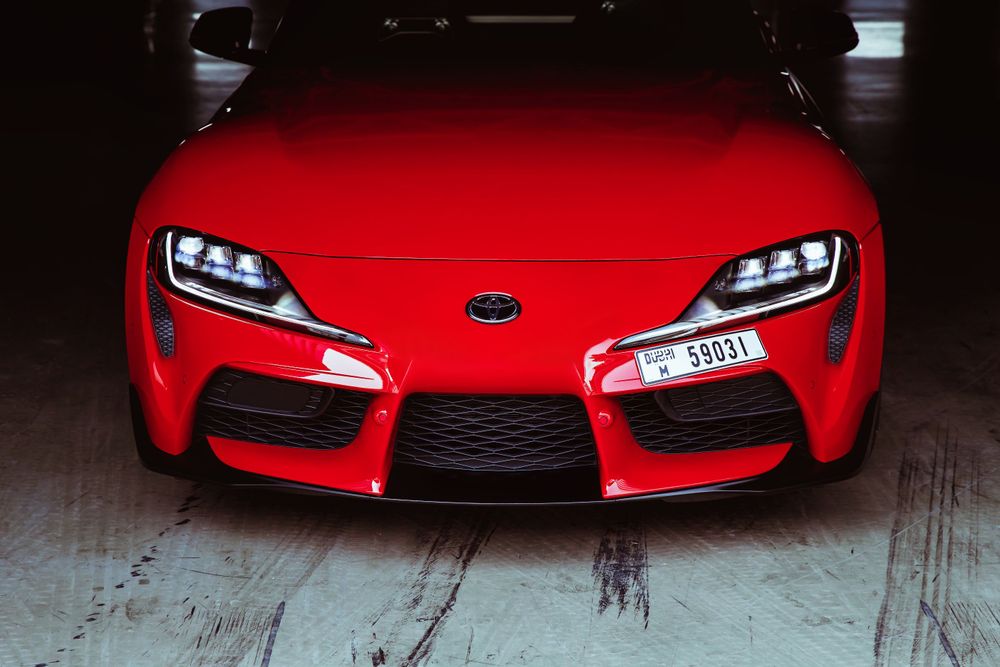 As many of you may already know, the all-new Toyota Supra was co-developed with BMW - much in the same way as the Toyota 86 was co-developed with Subaru – and so it shares quite a few components with the all-new Z4. These include the engine, transmission, interior design and fittings, and several more bits and pieces. But the most surprising change comes in the form of the Supra’s dimensions.

While older models of the Supra were more on the scale of grand tourers and permitted four seats, the new Supra is very much a compact sportscar. With the overall length matching that of the 86, the new Supra is quite small (both inside and out), but since it is lower, wider and has a shorter wheelbase, it drives quite differently to its younger sibling, the 86. 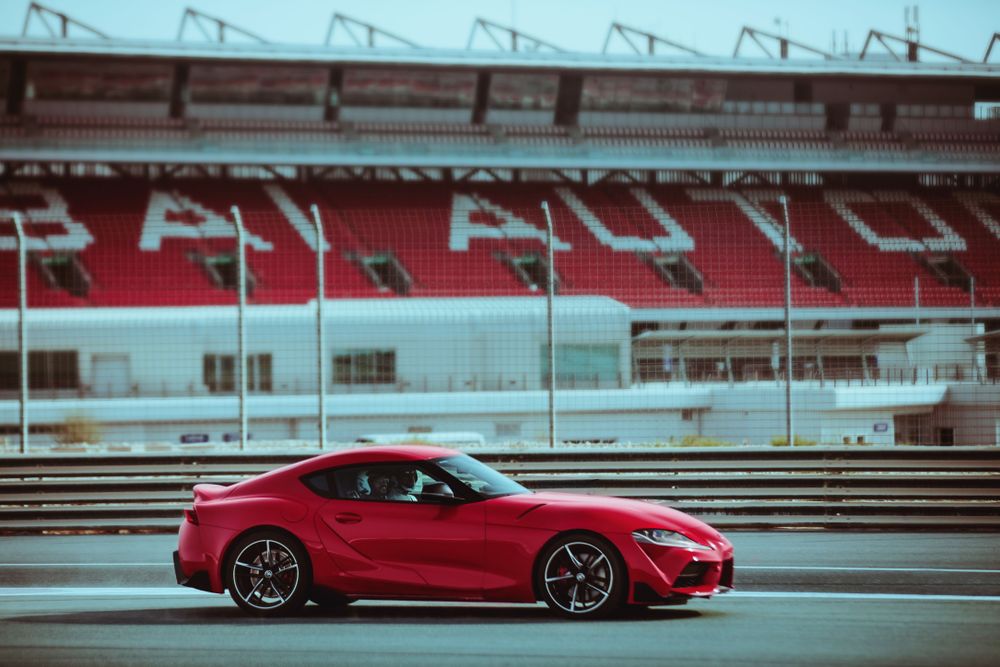 Out on the track, the 2020 Toyota Supra came into its element with the simple press of a ‘Sport’ button on the center console. It improved the throttle response, opened the valves in the exhaust system, and relaxed the traction and stability control systems, albeit not as much as we wished. Flaunting a perfect 50/50 weight distribution, the Supra handled corners well and delivered an engaging experience behind the wheel balancing its way between understeer and oversteer at each corner.

CLICK HERE TO WATCH OUR COVERAGE OF THE EVENT

The 3.0-liter inline six-cylinder engine with its twin-scroll turbo is said to produce 335 Hp and 500 Nm of torque, but as independent tests have been carried out on the dyno by owners in other countries, it is a well known fact that Toyota has underquoted its power figures by a fair bit. Tweaked by Toyota’s inhouse Gazoo Racing team, the Supra does produce more power than the Z4 it shares its underpinnings with and to celebrate that fact, the Supra is embellished with subtle ‘GR’ badges on its derriere. 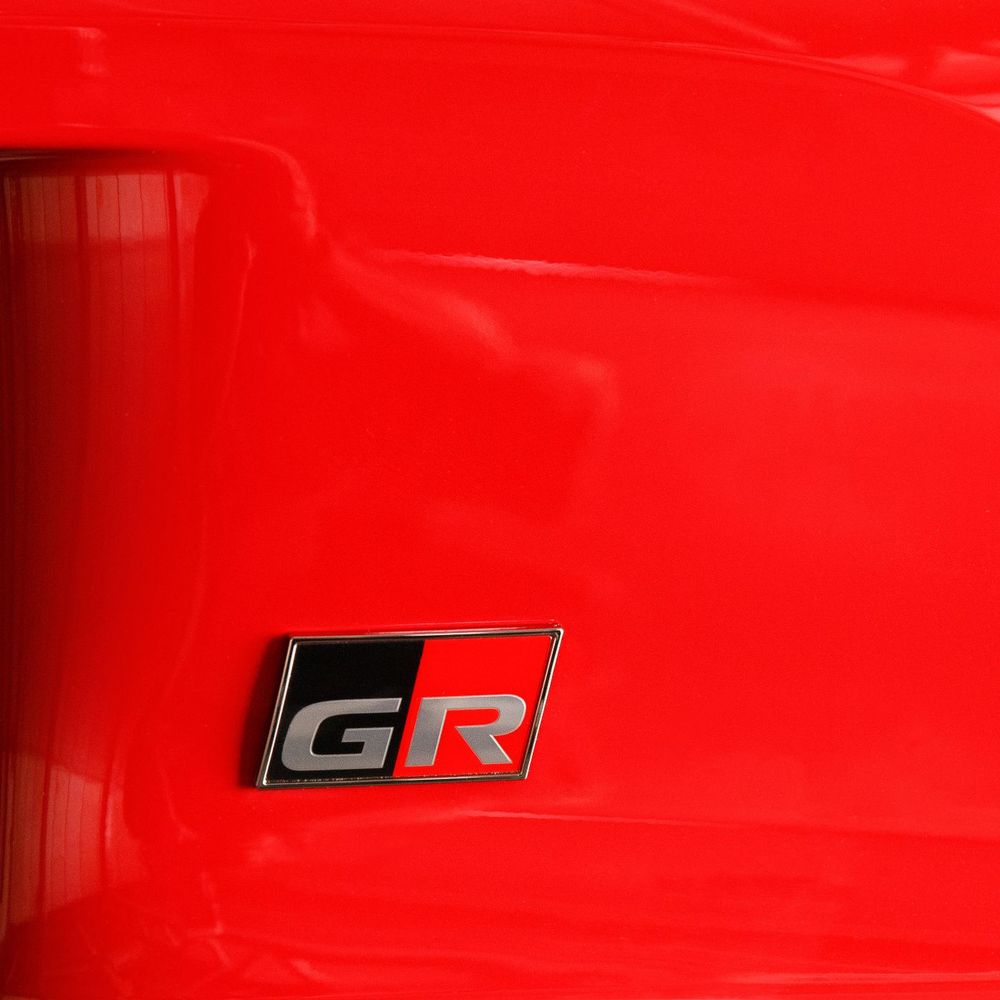 While the engine is worthy of plenty of praise, the real highlight in the all-new Supra is the ZF 8-speed automatic transmission. Shifting through gears swiftly and smoothly, it did a great job when left in ‘Drive’ and an even better job when shifted manually using the paddles behind the steering wheel. Allowing nearly full control, it let us downshift into lower gears despite maintaining a high speed through the corners.

The only gripe (and this could be down to its short wheelbase) is that the new Supra is twitchy and unstable when braking at high speeds. With the forces of inertia working to unsettle it, the Supra dips its nose forward and in doing so the rear becomes extremely light and it begins to sway its hips from side to side. The traction control system is also a little too enthusiastic, constantly cutting power when entering or exiting a bend at high speeds – something that might have been preventable with a Track setting. 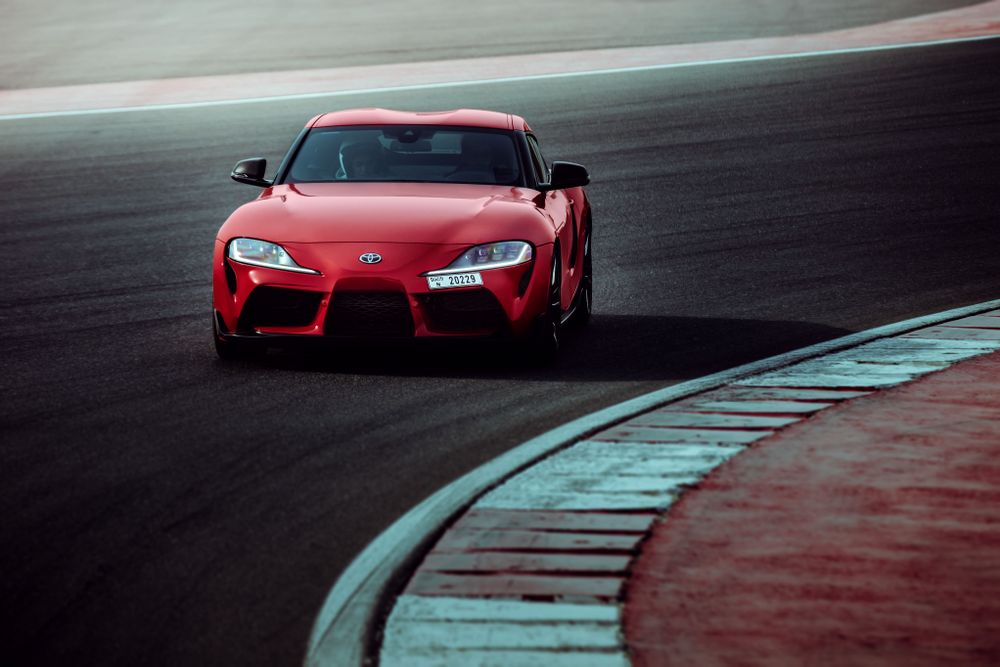 The throaty exhaust note is deep and much more exciting than we had anticipated it to be. Upon warming it up with a few speed runs, we were happy to hear a few crackles and pops leaving the tailpipes. For those interested in the numbers, the new Supra is expected to hit 100km/h in 4.1-seconds (it did feel fast) and a top speed of 250km/h, which we were unable to hit as it was a lead-and-follow convoy drive.

Despite being an all-out sports car, the new Supra hasn’t held back on the comfort and convenience features. For instance, it welcomes 14-way power adjustable seats, a 12-speaker JBL audio system, and an 8.8-inch infotainment screen, amongst many others. You could say it balances sportiness and everyday usability exceptionally well. 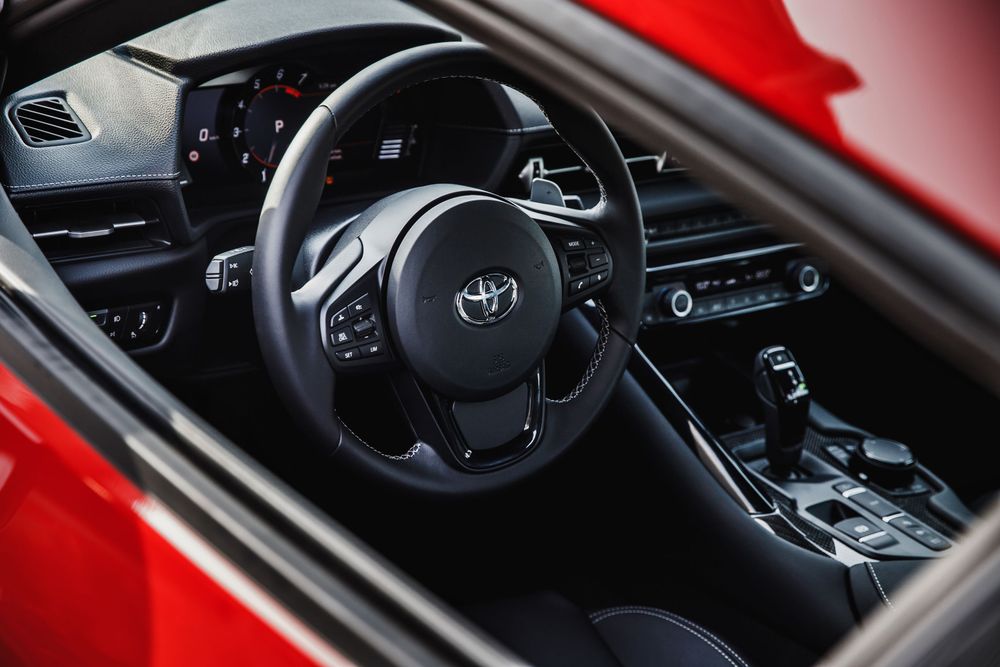 All in all, the new Supra is a great sportscar and it makes enthusiasts like me extremely happy to see the legendary nameplate back on showroom floors. Prices in the UAE range from AED 229,000 to AED 231,000 solely dependent on the color you choose. 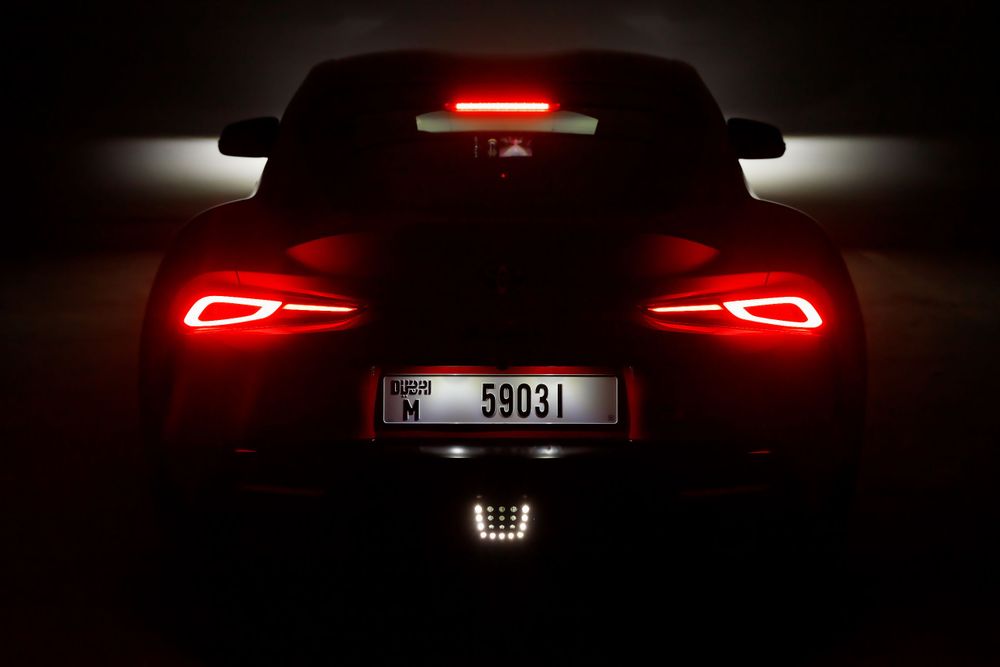