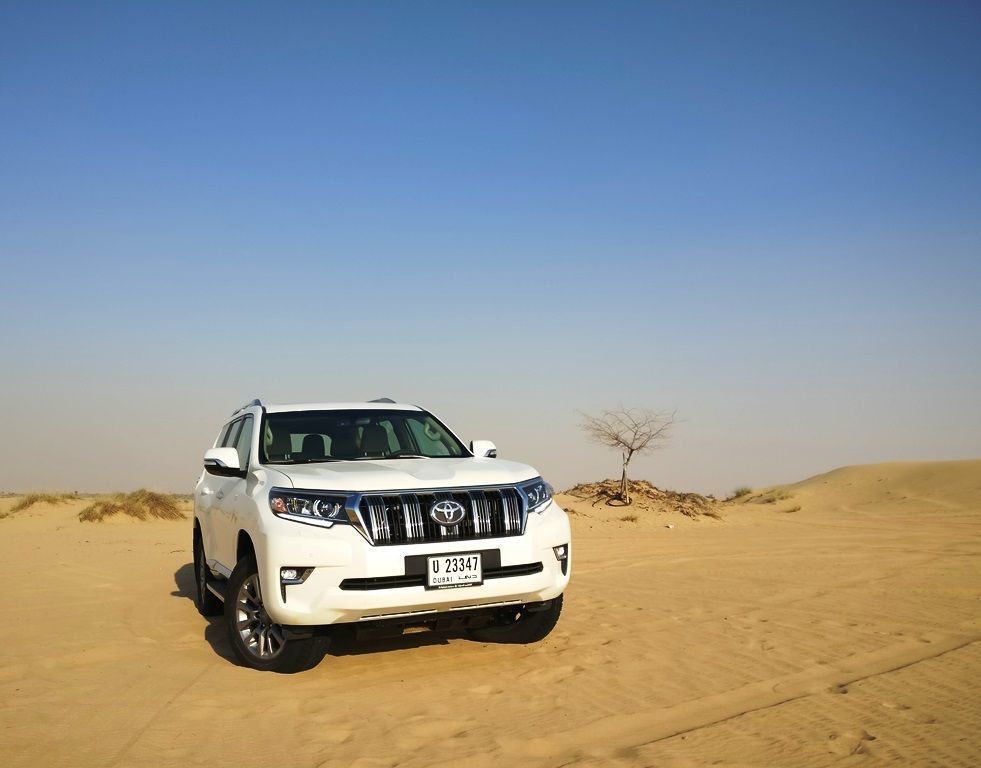 A popular sight on the roads of the UAE and a vehicle that caters to a specific niche in the Middle Eastern automotive space, the 2018 Toyota Land Cruiser Prado continues the model’s renowned legacy. Officially launched at The Last Exit, Al Qudra, the new Prado features a more robust exterior that is accompanied by numerous stylistic changes to the cabin and a plethora of technological enhancements to better the drive, both on and off the road.

Saud Abbasi, Managing Director of Toyota at Al-Futtaim Motors said: “Land Cruiser Prado has maintained its leadership of the Midsize SUV category with 25% market share of the segment, making it by far one of our best performing vehicles. Its modern styling and reliable performance make it not only a prime choice for families and off-roaders but also a favorite among fleet operators, thanks to its durability, reliability and low total cost of ownership”. 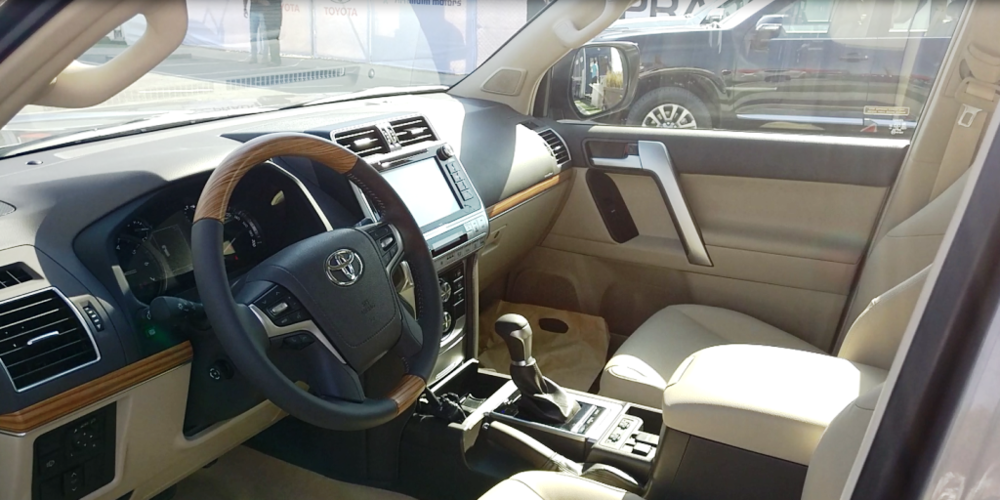 Maintaining its status as a tough and reliable SUV, the 2018 Prado flaunts a redesigned hood, radiator grille, headlamps and fenders, to connote its relationship to its elder sibling, the Land Cruiser. Organized into a powerful, single graphic form, the radiator grille and headlamps have been placed higher for enhanced performance and visibility when off-road. Along with a higher peak and fender line, the Prado’s profile is enhanced by a choice of six-spoke 17-inch alloys, or high gloss painted 18-inch alloys.

Technology comes in the form of a 9-inch infotainment screen that enables centralized control of the navigation and audiovisual systems while being paired with a 14-speaker JBL audio system in the fully loaded Limited trim. Clari-Fi, an audio restoration technology, ensures that audio is played back as close to its original quality by recreating a variety of high-range and low-range sounds to combat the loss of audio quality when saved in an MP3 format.

Out on the roads and in the challenging deserts of the UAE, numerous aids add to the desirability of the Prado. In addition to a tire pressure monitoring system, electronic brake force distribution, and vehicle stability control, the Japanese SUV brings with it a blind spot monitoring system, rear cross traffic alert, and various cameras/sensors to ensure effortless maneuverability in congested car parks and tricky off-road situations alike. 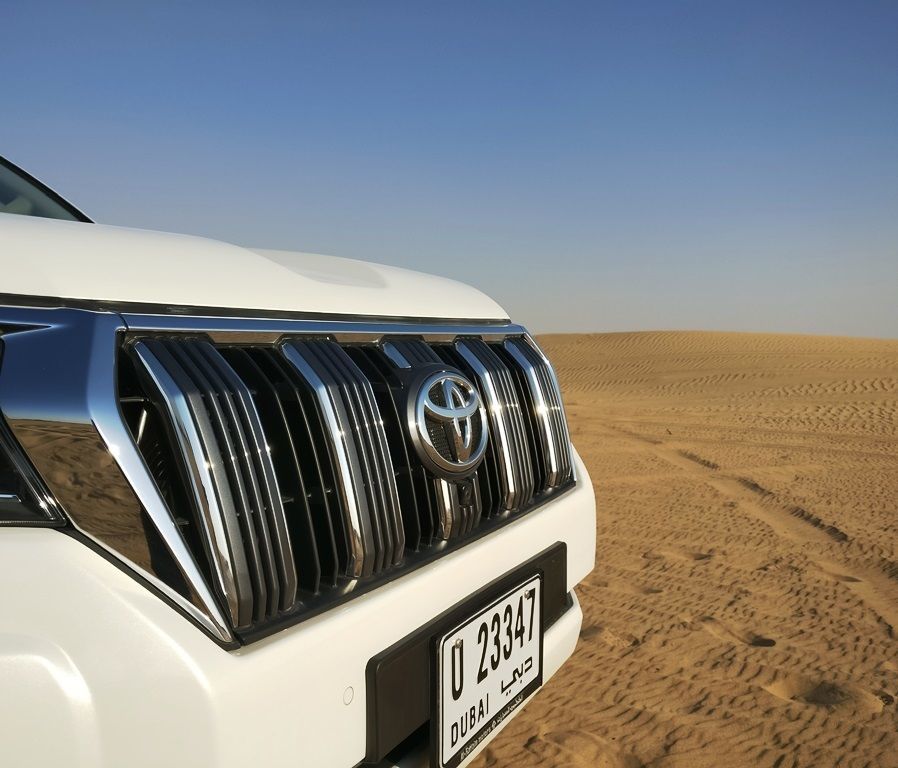 Under the hood, the Prado houses one of two engines: a 2.7-liter 4-cylinder that produces 164 horsepower and 246 Nm of torque, or a mightier 4.0-liter V6 that generates 271 horsepower and 381 Nm of torque. More than just a numbers game, however, the secret to the Prado’s capability lies in its 6-speed ‘Super-Intelligent’ automatic transmission that allows drivers to manually shift through cogs for added control off-road and in adverse weather conditions. 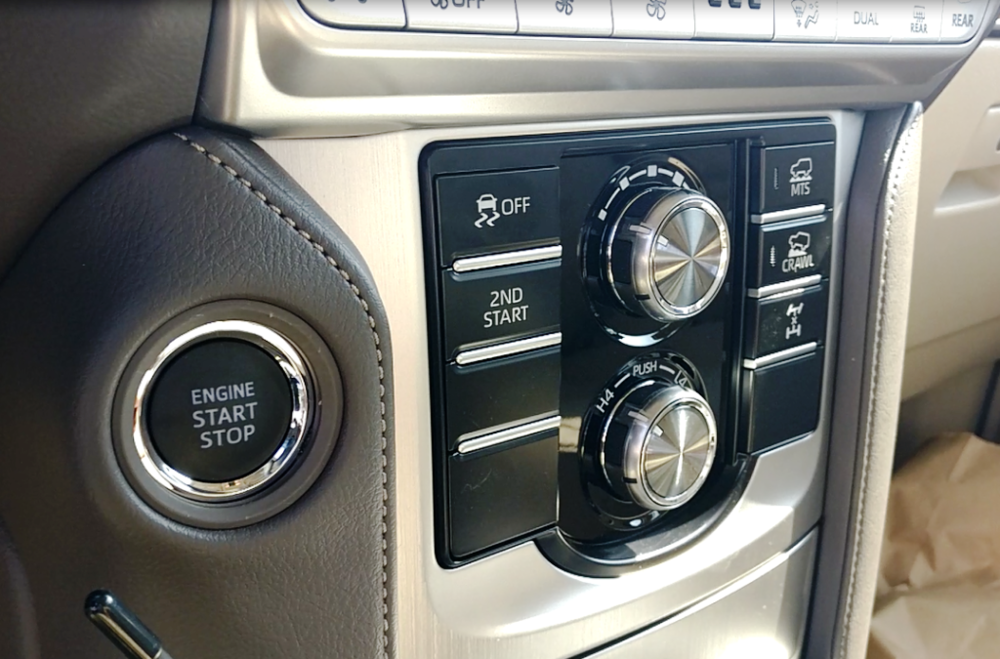 Along with a Drive Mode Selector that allows drivers to choose between Eco, Normal and Sport, a Multi-Terrain Selector allows them to toggle between Rock, Dirt, Mogul, Loose Rock, and Sand to ensure optimal grip and gearing on all terrains. A TORSEN limited slip differential and an additional differential lock work in conjunction with the Crawl Control System to allow the Prado to virtually dig itself out of tricky situations off-road. 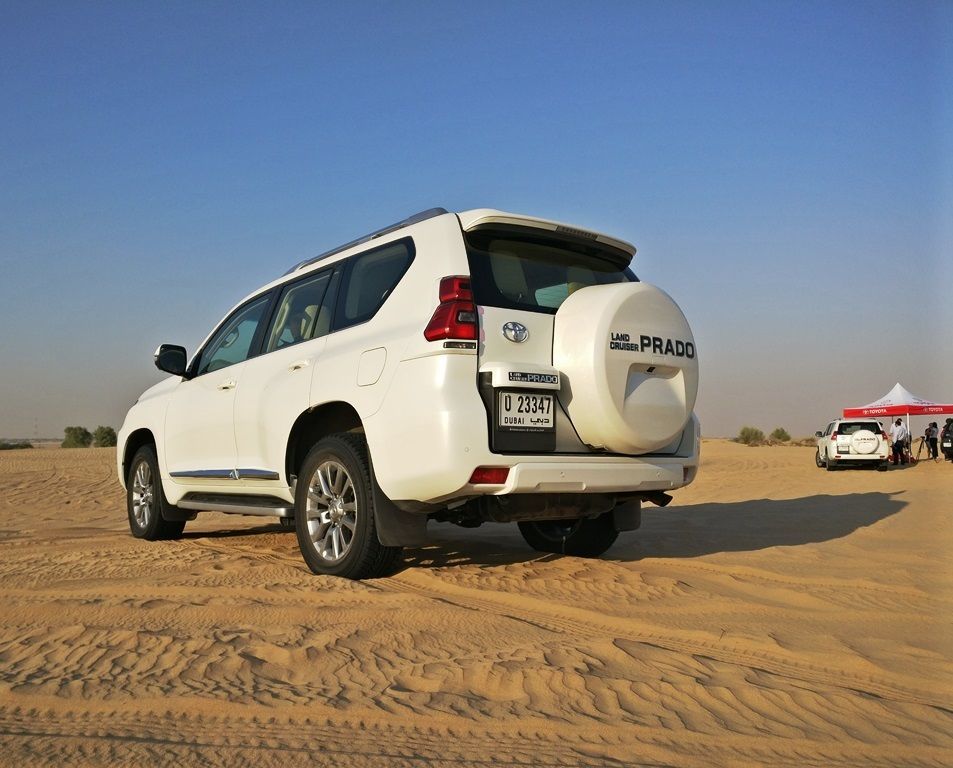 With four grades and eight derivatives to choose from, the 2018 Toyota Prado wears a starting price of AED 129,900, while the fully loaded Limited commands a steeper AED 204,900. Fitted with all the bells and whistles, the Limited is a mighty capable off-roader that is supremely comfortable and ultra-safe in and around town, not to mention a whopping AED 54,000 less than a similar spec Nissan Patrol.