2018 Honda Accord launched in the UAE 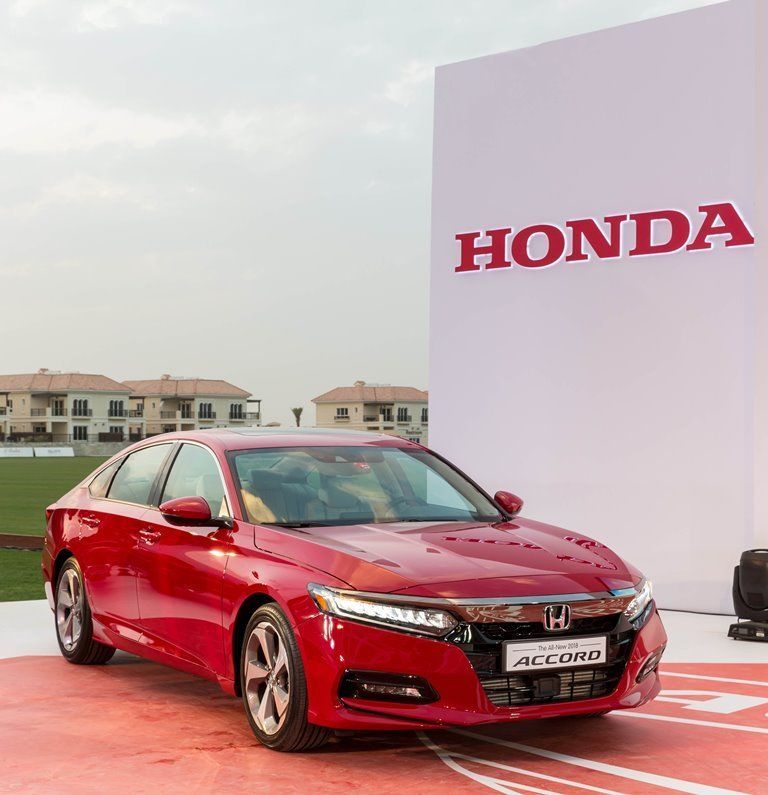 At the posh St. Regis Al Habtoor Polo Resort & Club located in Dubai, Honda unveiled the all-new 2018 Accord and all-new sixth-generation Gold Wing to company executives and members of the press. Building on its global success that has seen over 19.9 million models sold since its introduction in 1976, the 2018 Honda Accord is set to catapult itself to segment-leader position with an exquisite design, an interesting line-up of turbocharged engines, and plenty of standard equipment. 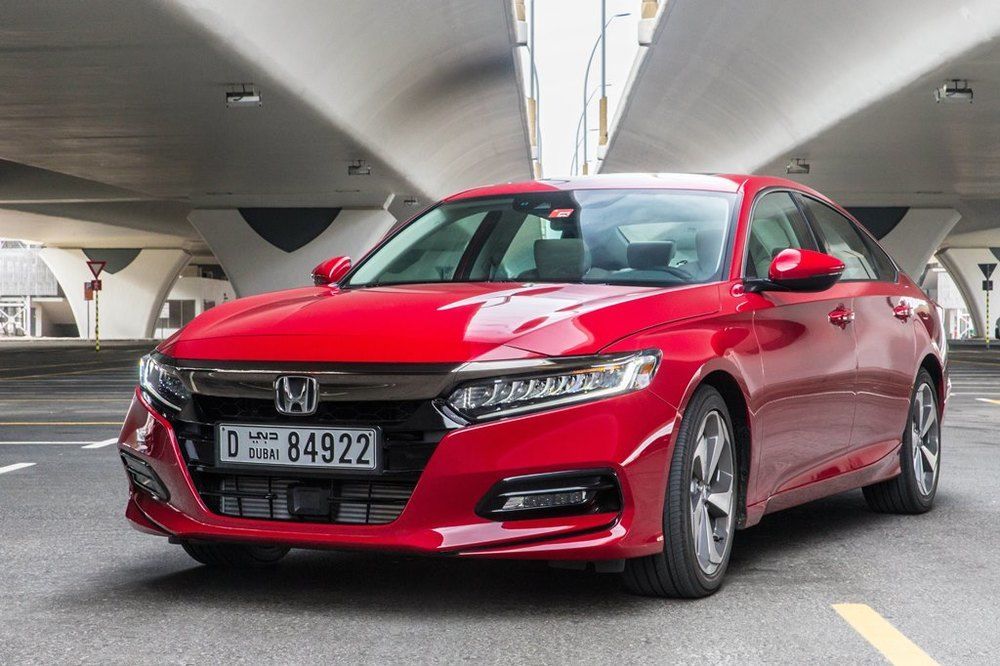 Available in ten exterior colors and two interior hues, the all-new Accord is composed of 29 percent high-strength steel (the highest for any mass-produced Honda) and flaunts a longer wheelbase than the model it replaces. Lower, wider, and shorter than its predecessor, the Sportback design of the all-new model allows the Japanese offering to benefit from shorter overhangs, a longer and lower hood, and a visual center of gravity that has been moved closer to the rear wheels.

Inside, the Japanese sedan’s longer wheelbase and wider body contributes to improved cabin space for all occupants, a bump of 48mm of rear legroom, an added 70 liters of interior volume, and 25 liters of trunk space. With A-pillars that are 20-percent narrower than previous models, visibility has also been improved along with an ultra-low-profile instrument panel. Connoting its sporting pretentions are a chunky steering wheel, paddle shifters, and aluminum pedals in higher Sport variants. 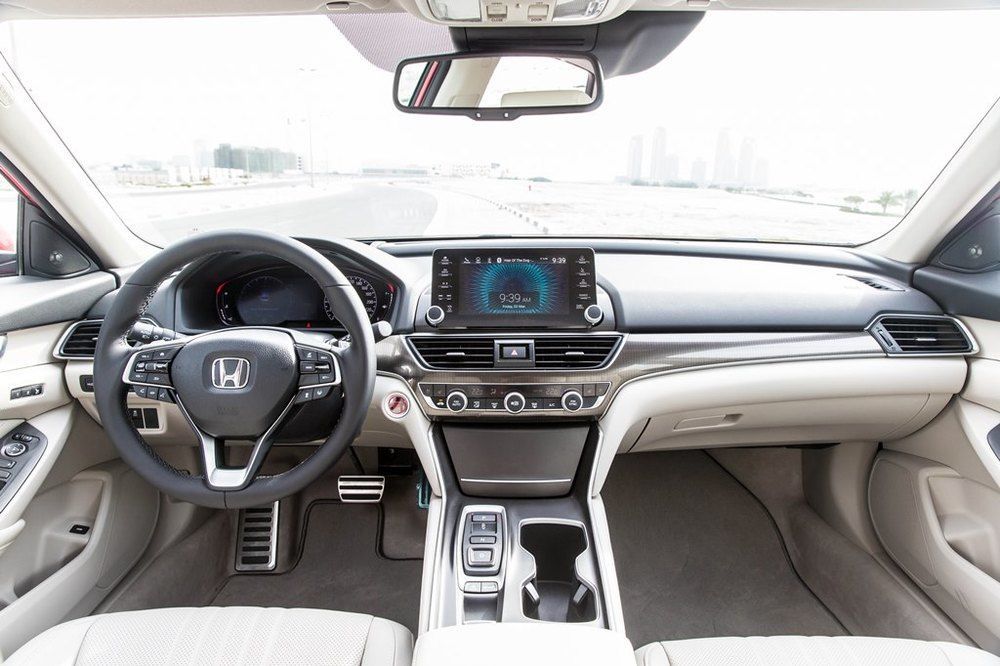 On the technological front stands a floating 8-inch infotainment screen, a driver and front passenger knee airbag (worth pointing out as standard equipment), LED headlights, and plenty of safety aids that come in the form of a Driver Attention Monitor, Head-Up Display, Honda Sensing, and Adaptive Cruise Control. 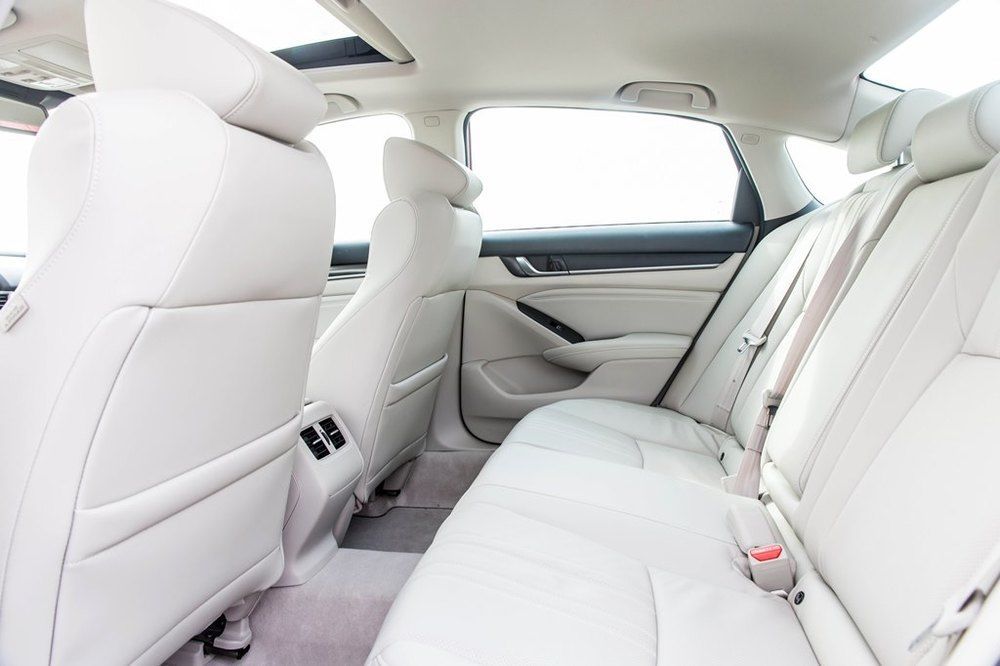 For those unfamiliar with Honda Sensing, it is the brand’s umbrella of safety features that aims to set Honda apart from its rivals and encompasses a Collision Mitigation Braking System (along with Pedestrian Detection), Lane Keeping Assist, Road Departure Mitigation, Lane Departure Warning, and Adaptive Cruise Control with Low Speed Follow making frustrations in traffic jams a thing of the past.

A sharp departure from the naturally-aspirated engines that Honda that become popular for in the region, the all-new Accord welcome two turbocharged units to replace its widespread 2.4-liter and 3.5-liter engines. The all-new 1.5-liter turbocharged powerplant, which phases out the larger 2.4-liter, generates 198 horsepower and 260 Nm of torque while being mated to a CVT transmission – a decent jump over the 189 horsepower and 247 Nm of torque output generated by the outgoing 2.4-liter. 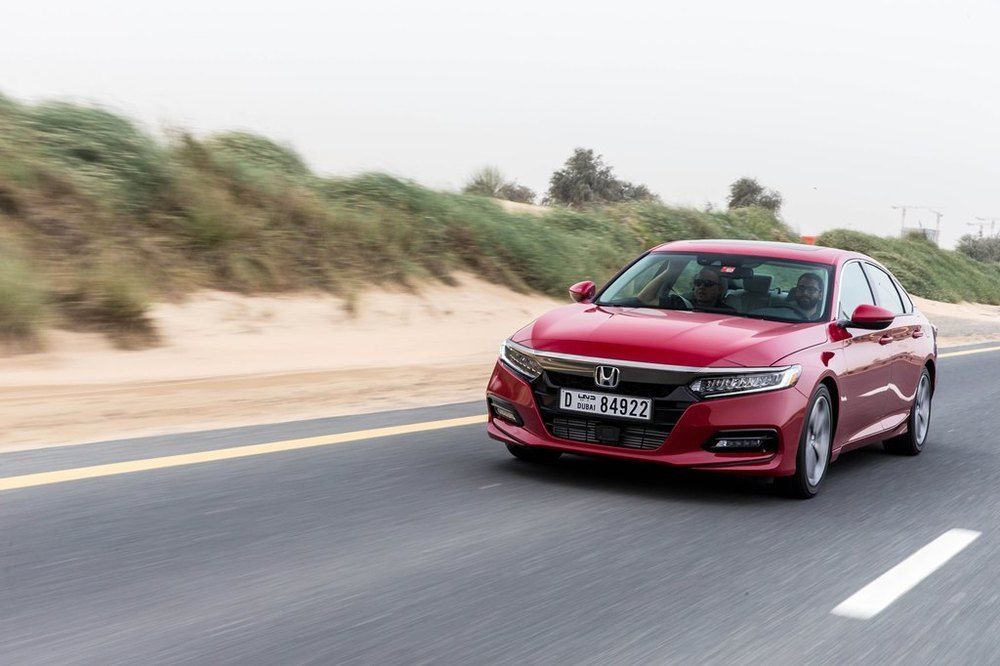 The more potent 2.0-liter turbocharged unit, which shares much of its design with the race-bred Civic Type-R engine, directs 247 horsepower and 370 Nm through a 10-speed automatic transmission with peak torque kicking in from as low as 1,500 RPM. Although horsepower has been decreased when compared to the outgoing 3.5-liter V6 engine, torque figures receive a sizeable 28 Nm jump. Accelerating to the 100 km/h mark in 5.8-seconds (as compared to 6.3-seconds with the Toyota Camry V6), the Accord proves that smaller displacement forced induction engines is the way forward.

Honda | Accord | Honda Accord | Launches