Currently in its second generation and gathering a modest crowd at the Dubai Motor Show, the GMC Terrain shares its underpinnings with the Chevrolet Equinox and has for several years been a worthy alternative to lesser-exciting crossovers such as the Toyota RAV4.

A sharp departure from the styling of its predecessor, the second-generation model features a polarizing design that is neither intimidating nor particularly pleasant. Different by all means, the awkward headlamps and taillamps are contrasted by a floating roof and multiple contours that are nice, but fail to make the American crossover stand out. 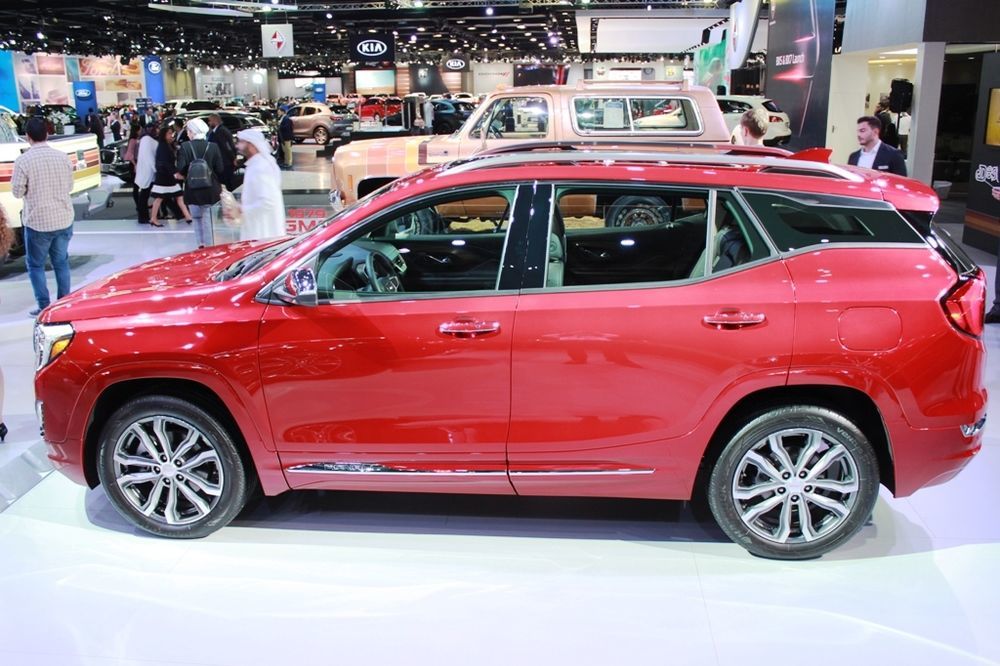 Inside, the influence of the American manufacturer is apparent with rubberized rotary knobs and silver trim garnishing elements along the dashboard and center console. An upright and commanding seating position is complimented by a chunky steering wheel, a terrain selector, and numerous other technological aids.