Part and parcel of being an auto journo is the license to drive the newest of vehicles in the most exotic of locations. Salalah, the capital city of Oman’s Dhofar province, is one such destination that numerous people know, many appreciate, and few have visited. 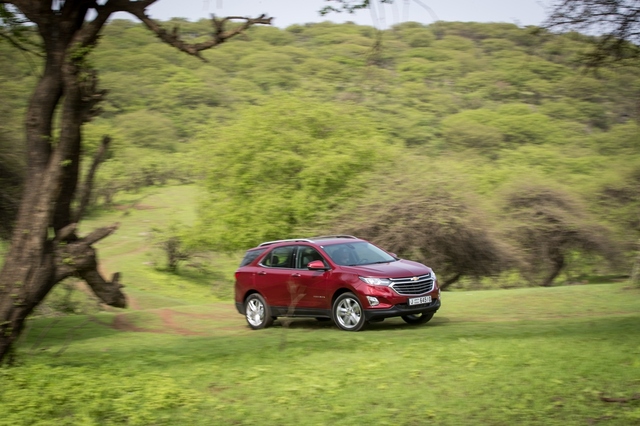 An opportunity to drive Chevrolet’s newest offering, the 2018 Equinox, in the misty pastures of Salalah was one I wasn’t going to miss. And so, on a humid Tuesday afternoon with seatbelts fastened, blinds open and tray tables stowed, I found myself on a direct flight from Dubai’s bustling Terminal 2 to Oman’s desolated Salalah airport.

With the monsoon clouds delivering a constant drizzle from mid-June to mid-August, Salalah’s coconut-fringed beaches and banana plantations offer a flavor of Zanzibar in the heart of the Arabian desert. Visas stamped, bags collected, and I was on my way to the stunning Al Baleed Resort by Anantara, my home away from home for the next twenty-four hours. 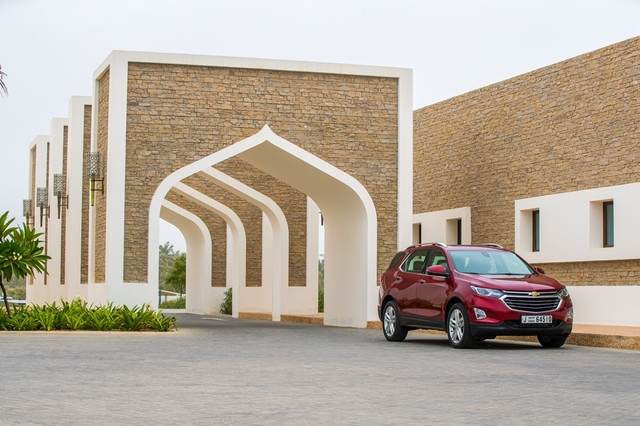 Now although new to the region, the Equinox is no newcomer to the American marque’s line-up. Currently in its third-generation, the Equinox sits between the smaller Trax and the larger Traverse, and is the brand’s answer to the likes of the Honda CR-V and Toyota RAV-4. 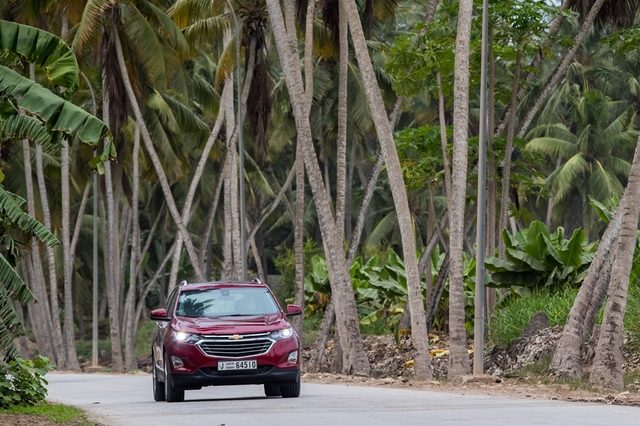 Upon the completion of an informative press conference that included a detailed walk around, it was time to get behind the wheel of the 2018 Equinox, experience it out on the roads, and explore the sights, smells, and sounds of Salalah. Wallpaper-friendly, Instagram-worthy and all that, our test route would see us drive through popular tourist spots such as Anti-Gravity Point, Jabal Samhan, and Wadi Darbat. 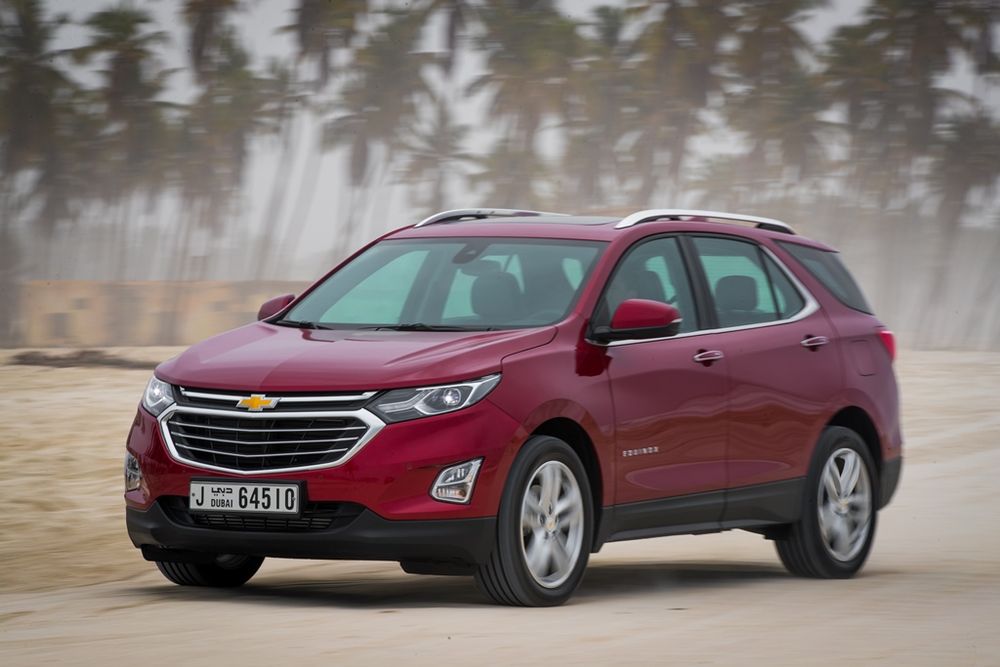 One hundred and eighty kilograms lighter than the model it replaces, the 2018 Equinox looks far more pleasing than previous models, while echoing design cues seen on the brand’s Malibu and Cruze sedans. Intimidatingly large, the protruding chrome grille is flanked by angular headlamps and complimented by a bold character line that runs the length of the vehicle before tapering into the front fenders.

Neat and clutter-free, the cabin is home to plenty of soft touch materials and features a two-tone color scheme with chrome piping embellishing the instrument cluster, steering wheel, A/C vents, and center console. Seating for five is accompanied by 847 liters of boot space and ample head-and-leg room, with the expanse of space heighted by large windows and a full-length panoramic roof. 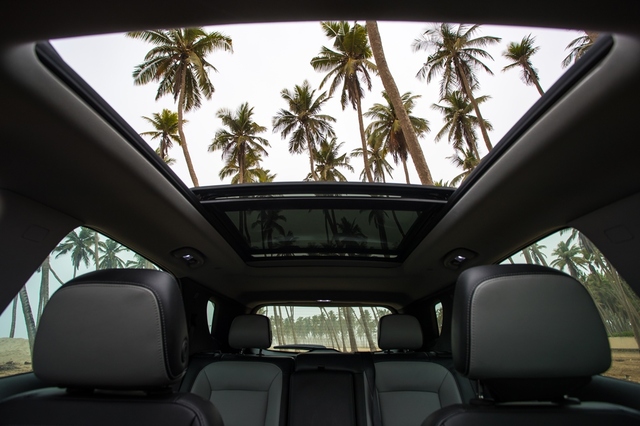 With the gear selector set in Manual and the 9-speed automatic allowing complete control of the shifts, the Equinox showed no signs of struggle as it made its way up the snaking roads to the Jabal Samhan Nature Reserve – the only place where leopards, wolves and hyenas can be spotted in the wild in Oman. With 252 horsepower and 352 Nm of torque being ushered to all four corners, the American crossover climbed, and climbed, and climbed, without breaking a sweat. 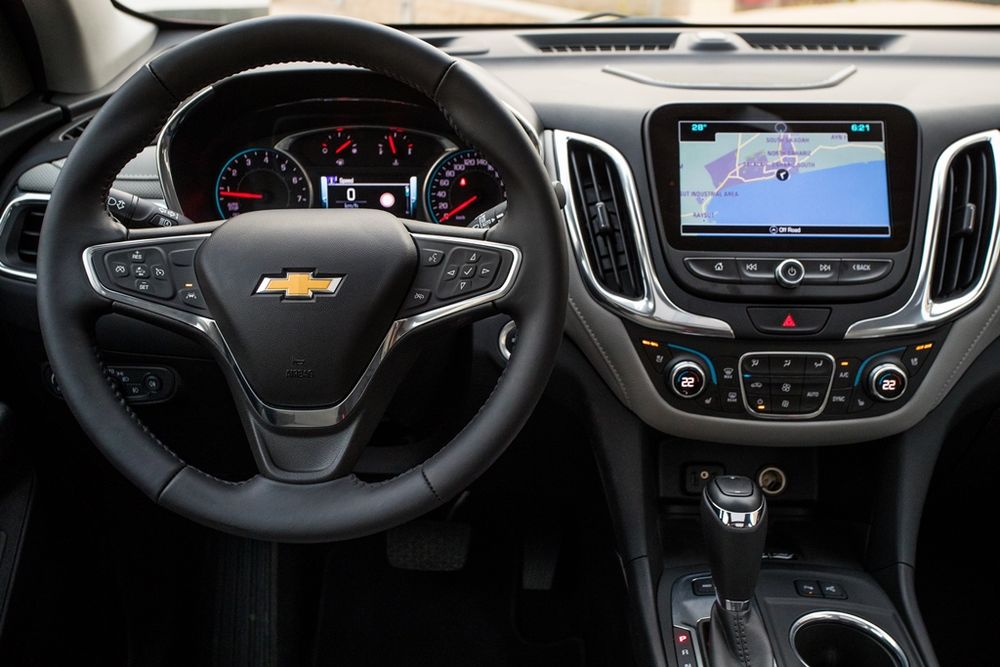 Upon reaching the top and admiring the lush green vistas, it was time to follow the map and get to our next pitstop, Wadi Darbat. While I questioned if it could top the magnificent view I’d just spent minutes photographing, I was informed that Wadi Darbat is the most beautiful place in all Salalah. With windows wound down, a cool breeze hitting my face, and Apple CarPlay treating me to some fab tunes, I carried on. 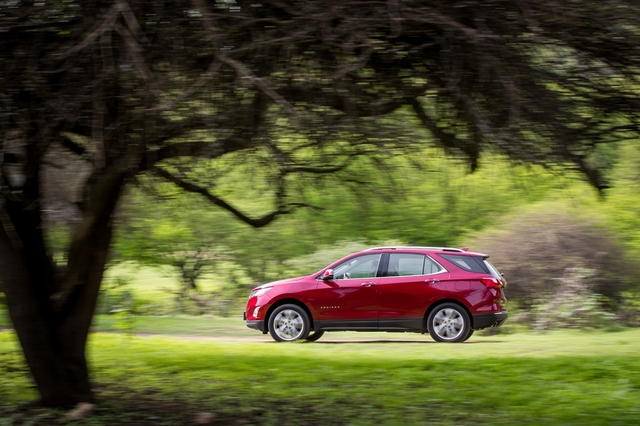 Moments later, I found myself amongst green mountains divided by a tranquil blue lake and herds of cows grazing on lush green grass; was I in the Middle East or in a Lurpak commercial? While admiring the view, it occurred to me why Chevrolet had selected Salalah as its destination of choice. Barring the temperature, Salalah was everything the Equinox was, breathtakingly different and extraordinary in every way possible. 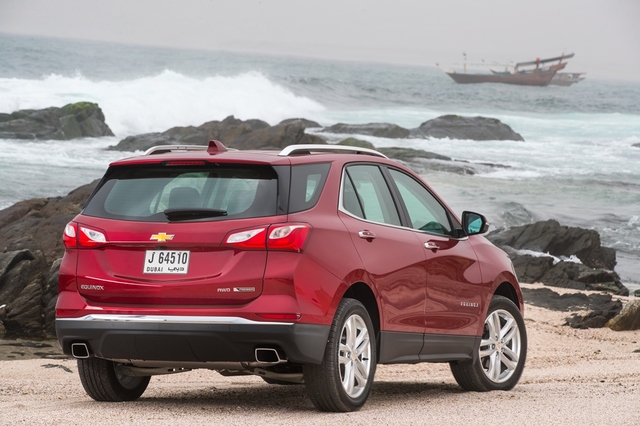 As I sat at the airport waiting for the gate to open, I thought long and hard about the Equinox and its Japanese rivals. With a starting price of AED 76,900 and standard active aero shutters, active noise cancellation, and four airbags, the Equinox is well prepared to zoom out of showrooms when it goes on sale in September.