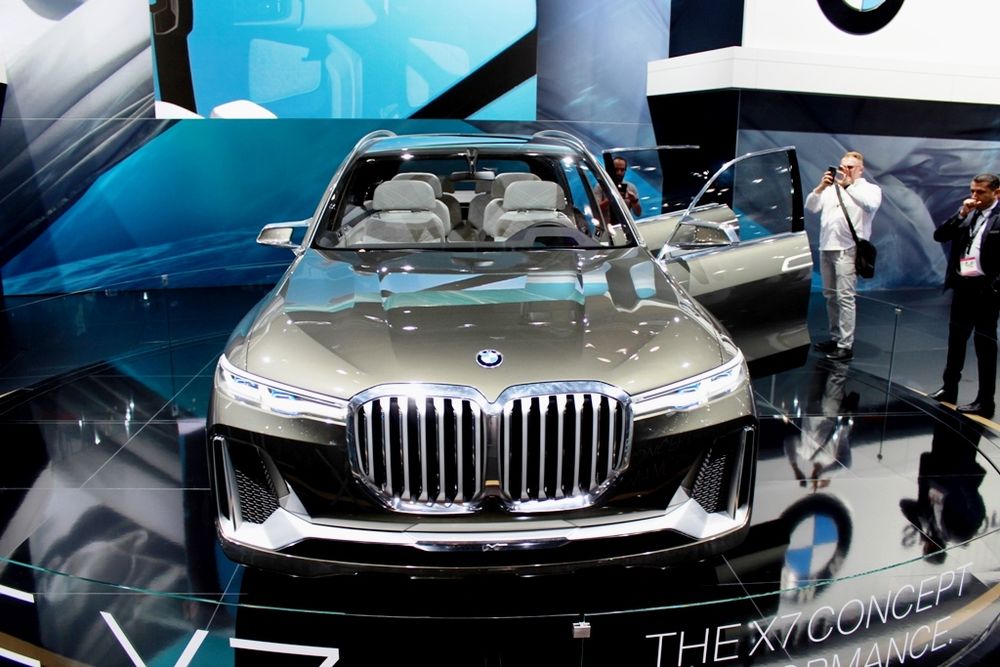 The 2018 BMW X7 Concept iPerformance is the marquee’s showcase of what the upcoming X7 will look like. The BMW X7 will be the largest SUV made by the Bavarians, and will likely make its world debut in 2018. 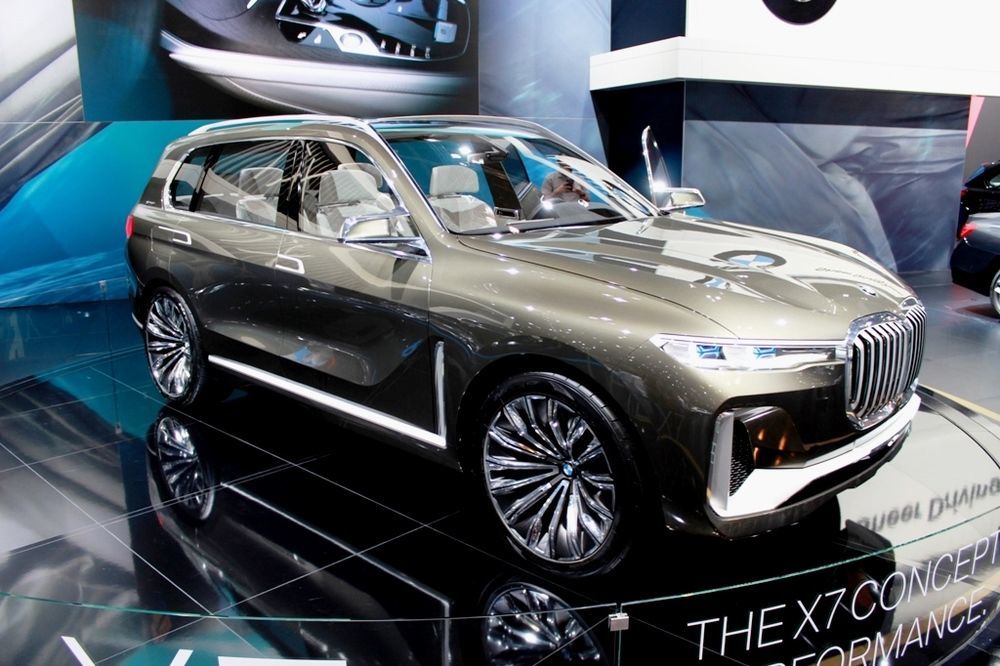 The BMW X7 Concept iPerformance features massively-enlarged Kidney grille, and equally large 23-inch alloy wheels. The gorgeous LED elements in the headlamps infuse a dose of sleekness in this otherwise aggressive-looking front fascia of this big, burly SUV. Looking at it from the side, there are flush door handles, no overtly pronounced fenders, and a gently sloping shoulder line, which all contribute to a very smooth and elegant side profile. At the back, the BMW X7 Concept iPerformance features LED taillights and vents on either side of the bumper. The rear is squared off and this makes the X7 Concept look a tad bulky. 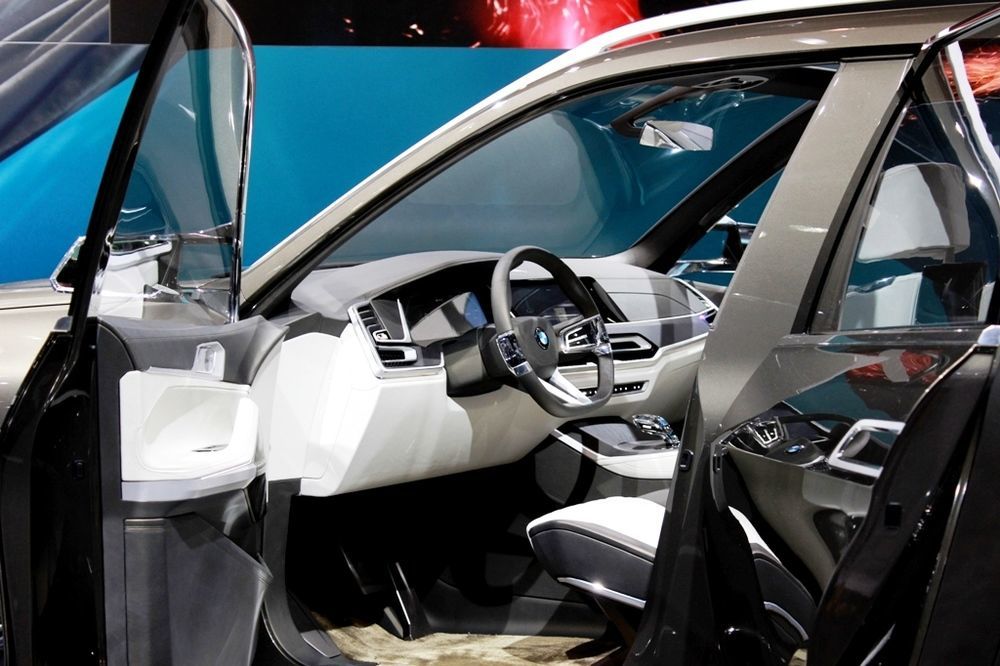 The cabin of the BMW X7 Concept iPerformance gets 6 ‘captain seats’, and is trimmed in soft-touch materials throughout. There’s a generous sprinkling of wood, aluminum, leather, crystal glass switches, plus a ginormous panoramic glass roof (with electrically-dimming function) that also gets strips of LEDs. Finishing off the interior tech fest are two 12.3-inch screens which are controlled via buttons on the deep-set steering wheel, and the iDrive system, respectively. 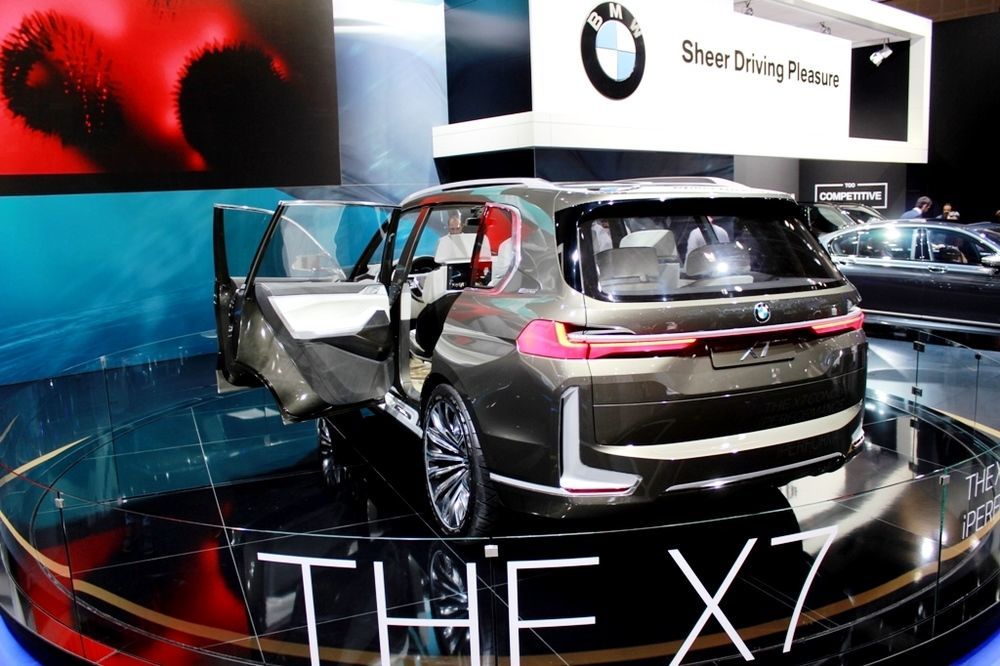 BMW hasn’t yet confirmed the powertrain on the X7 Concept iPerformance. However, we expect a combination of a 2.0-liter petrol four-banger and electric motors. This powertrain would likely send its oomph to all four wheels, along with a maximum full electric range of 100 kilometers.