The Wrangler is a star in the American marque’s line-up. Having built a reputation for being rough, tough and extremely capable off the beaten path, it has found a place in the heart of true off-road enthusiasts across the globe for over 30 years now. Rivaling the likes of the Toyota FJ Cruiser and Nissan X-Terra, the Wrangler targets a very specific niche of the market: explorers who are constantly pushing the boundaries of what is possible in an off-road vehicle.

Currently in its third generation, the Jeep Wrangler retains its iconic styling from the 1980s. The stocky body, seven-slot grille, round headlamps and protruding wheel arches, all make the Wrangler instantly recognizable and blatantly denote its off-road prowess.

The Level Red, however, is in a league of its own. With a starkly contrasting coat of paint, bumpers reserved for the Rubicon variant and a plethora of bits and pieces from the Mopar catalogue, the Level Red is brutish and commands respect on a multitude of terrains.

Inside, the Wrangler Level Red is home to a two-tone dashboard that favors functionality over aesthetics and sticks to offering the bare necessities. A welcome change at a time when automakers are obsessed with mimicking an airline cockpit and cramming as many buttons into the cabin as possible. 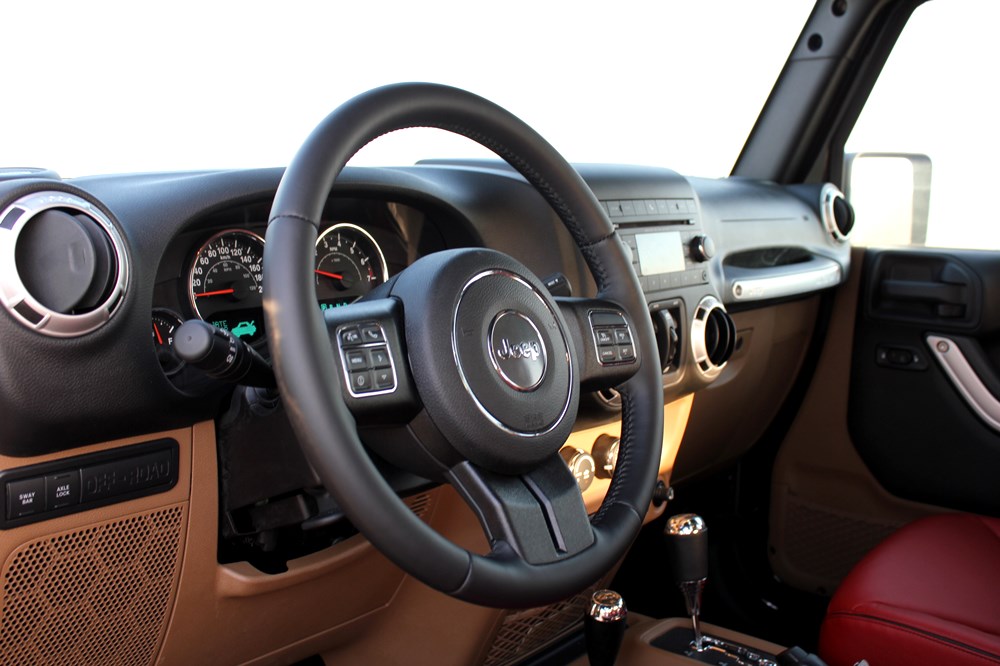 The Vermilion theme is carried into the interior with the supremely comfortable seats being upholstered in plush embroidered leather and Level Red insignia embellishing the seatbacks. On the practicality front, the Wrangler also trumps its Japanese rival, the FJ Cruiser, with 891 liters of boot space behind the second row as opposed to just 790 liters found in the offering from Aichi.

The 2016 Jeep Wrangler packs in an array of safety features including, but not limited to, Electronic Stability Control (ECS), Electronic Roll Mitigation, Trailer-Sway Control, Hill-Start Assist, and Brake Traction Control. For added safety and to ensure drivers keep their hands on the steering wheel at all times, there’s Bluetooth connectivity, a voice recognition system and several buttons on the steering wheel to control the infotainment system as well. 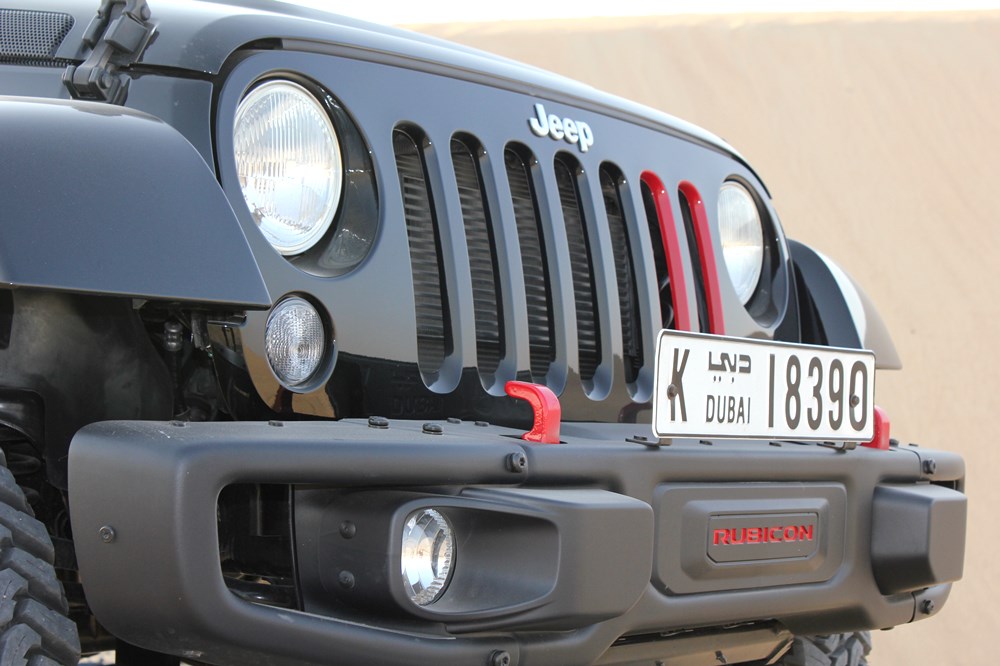 Residing beneath the brawny hood of the Wrangler Level Red is a 3.6 liter Pentastar V6 engine that produces 285 horsepower at 6,400 RPM and 353 Nm of torque at 4,800 RPM. Mated to a five-speed automatic transmission, it directs its grunt to all four corners and packs in enough punch to tackle the steepest of dunes and the sharpest of climbs. 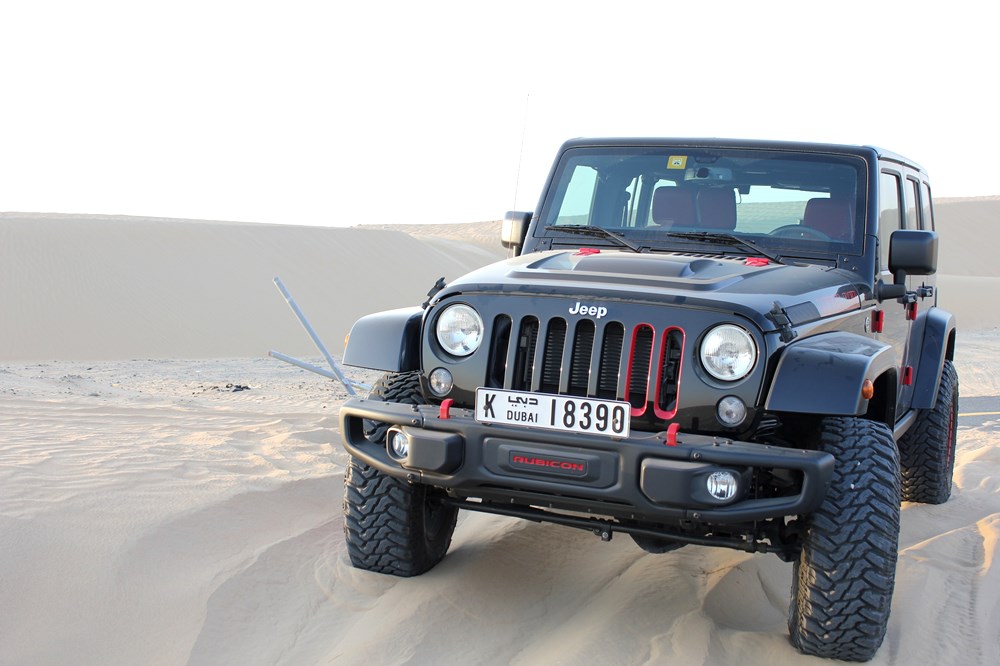 Coupled with a Fox suspension set-up that boosts ride height by two inches and 17-inch bead lock wheels wrapped in 285/70 Cooper Discoverer STT rubber, the Wrangler Level Red is equipped with the right tools for the job. Add to that an approach angle of 44.3 degrees, break over angle of 25.5 degrees and a departure angle of 40.4 degrees, and all of a sudden you begin to understand why the side steps have been axed. 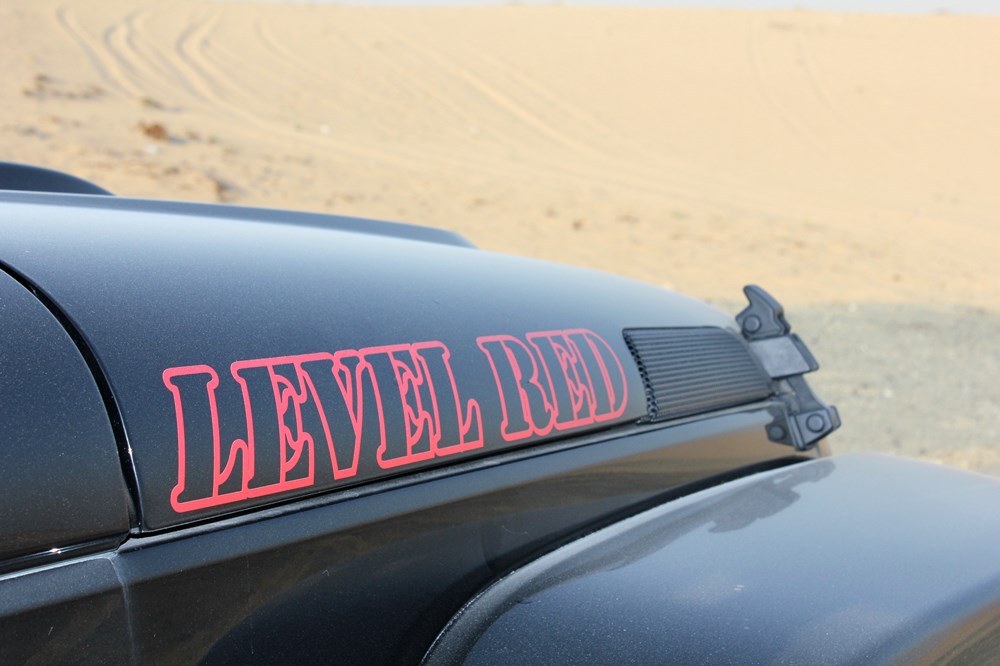 To experience the true potential of the Level Red, it also comes equipped with a Sway Bar and an Axle Lock switch. While the former electronically disconnects the front sway bar for greater suspension travel in off-road scenarios, the latter focuses its efforts on dividing power between all four wheels to tackle tricky situations effortlessly. Is there anything the Wrangler Level Red cannot get through? We think not!

The Jeep Wrangler is a part of a slowly dying race – the true off-roader. The fact that the Wrangler is the only open-air four door 4x4 on the market today, is a testament to that very statement. And so, it is with a heavy heart that we draw this review to a close, but remind you, that for as long as there are Kings of the desert, there shall be Gladiators. Gladiators dressed as Wranglers. 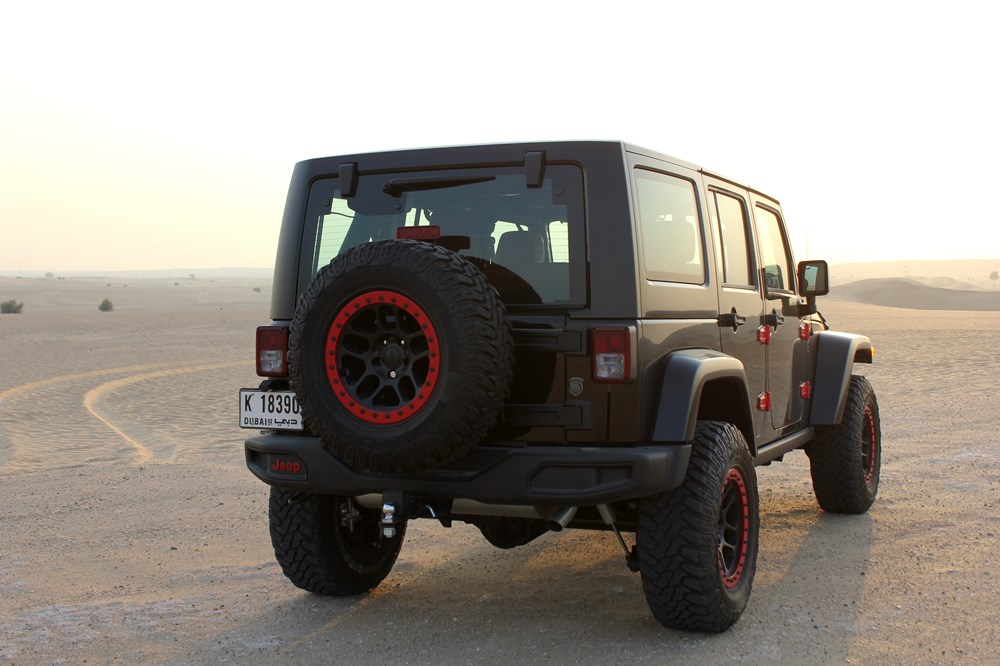 The Wrangler Level Red is flamboyant without being flashy.

Add-ons do not void warranty as they are installed in the factory.

Retractable side-steps could be a worthwhile addition.

Nissan Patrol Safari to the rescue