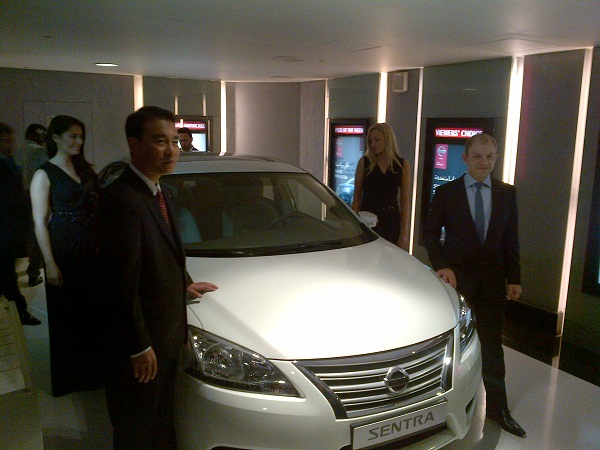 The 2013 Nissan Sentra enters an already overcrowded compact sedan segment which has over 20 models from various brands already at war. In this scenario the winner will be the model that provides more features, better quality at most competitive prices. The Sentra launched on the same day when it's Korean rival, Kia launched the 2013 Kia Cerato.

While we haven't driven the 2013 Nissan Sentra yet, but we can see from the get-go the interior finishing is much better in 2013 Nissan Sentra compared to the 2013 Kia Cerato. The Sentra also has a bigger touchscreen. Both models have rear AC vents, navigation, push start button, sunroof in the full options model, among otherfeatures. The battle is definitely heating up.

The event started with a networking round of beverages, followed by a cinematic presentation which we captured in the video below:

We look forward to the media drive event after which we will post our first impressions and initial verdict.